A Convenient Location for Many Murders 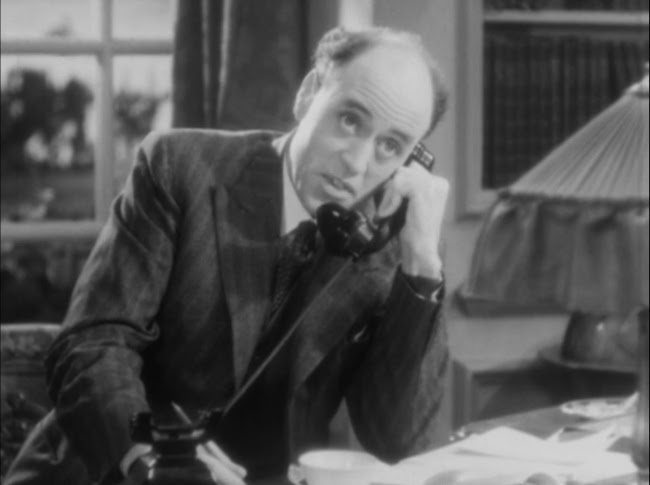 In 1935's The Riverside Murder, Alastair Sim was more Scottish than I've heard him at any other time. As a police sergeant on a crime scene, he expels a snooping reporter and when she calls him a monster he replies, "Aye, from Loch Ness!" It's Sim's debut film and a decent, engaging little murder mystery. 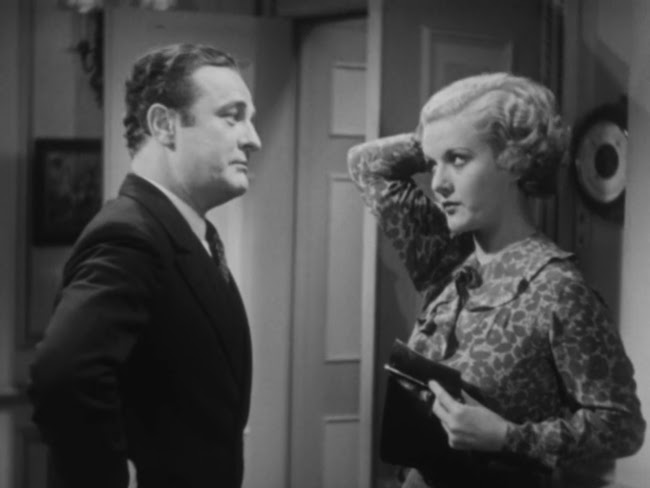 The main stars of the film are Basil Sydney and Judy Gunn, as a police inspector and the reporter, respectively. What is it about the tension between cop and reporter that has continually yielded satisfying sexual tension? I suppose it's because they're both after the same thing and at any moment they can switch between being allies or foes or back again. There's a mildly S&M quality to it and appropriately the film features a scene where the reporter is handcuffed for being too much in the way. She screams and jumps up and down when a rival reporter snaps her photo and her disgrace is later shown to be on the front page. 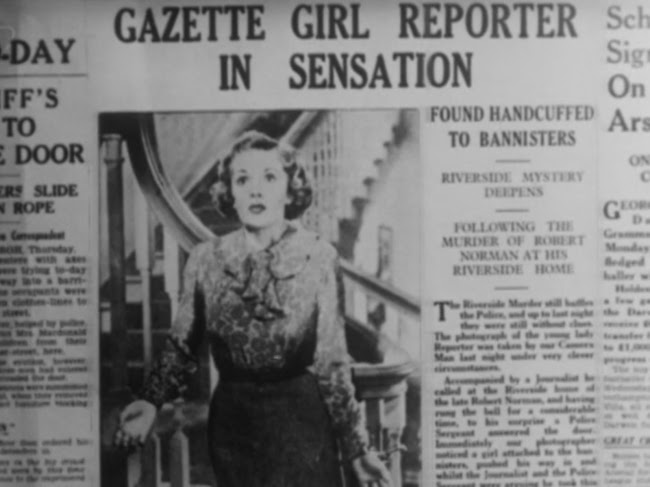 She is clearly "in sensation". When her co-worker shows her the article she infers cautiously that the boss has, "seen it, of course?" To which her co-worker replies, "And he wouldn't need glasses!"

There's lots of quick, cute bits of dialogue like that. The mystery itself is a tidy little thing about a group of friends who long ago entered into a pact of some kind together. Now they're being picked off one by one by the murderer, who might be one of them. Most of the action takes place in the first dead man's large house where the housekeeper continues serving tea however trying the situation becomes. 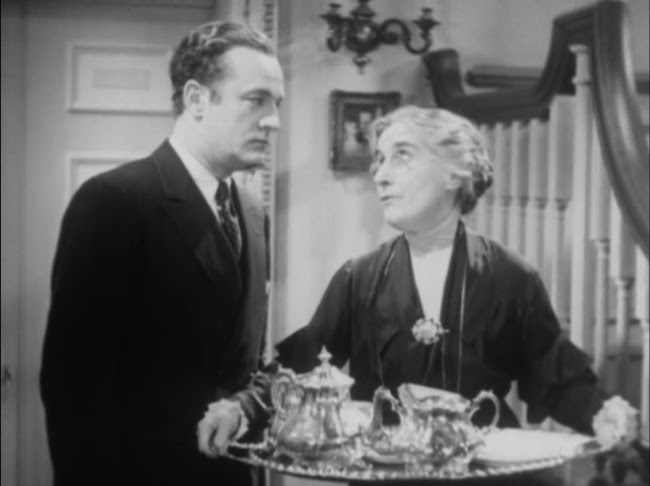 Sim is easily the standout with his bizarre, ghoulish appearance and that great voice, all in the service of being a mildly helpful subordinate. It's not hard to see why he found success in a string of detective roles. The Riverside Murder is available on Amazon Prime. 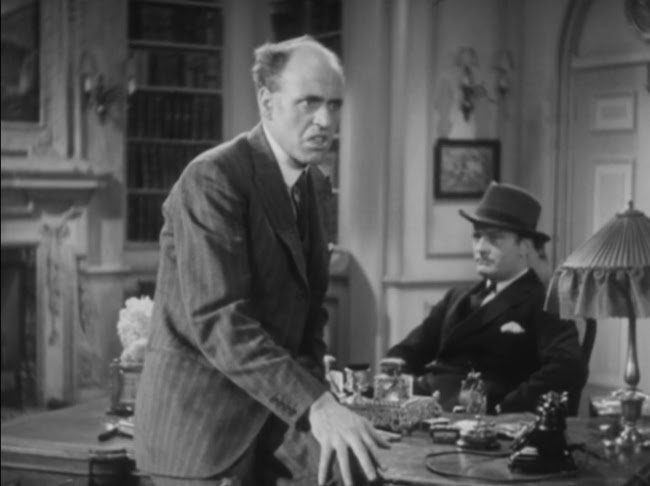