By the Will of Avis and Billy Joel 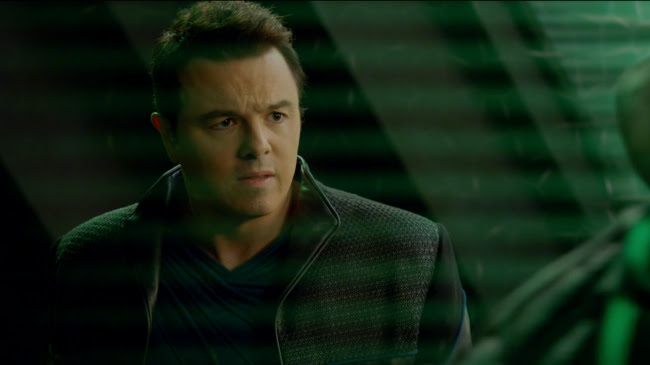 In addition to some unexpectedly excellent use of music, last night's new episode of The Orville also had that distinct Star Trek feel you can't get from Star Trek anymore courtesy of writers Brannon Braga and Andre Bormanis. Both writers worked on previous Star Trek series beginning with The Next Generation, Bormanis also served as a technical advisor. It's fitting last night's episode, "Nothing Left on Earth Excepting Fishes", aired the same night Star Trek: Discovery's second season premièred as it seemed to be, in part, a thinly veiled commentary on one of the main plot twists of Discovery's first season. Braga and Bormanis took Discovery to school. 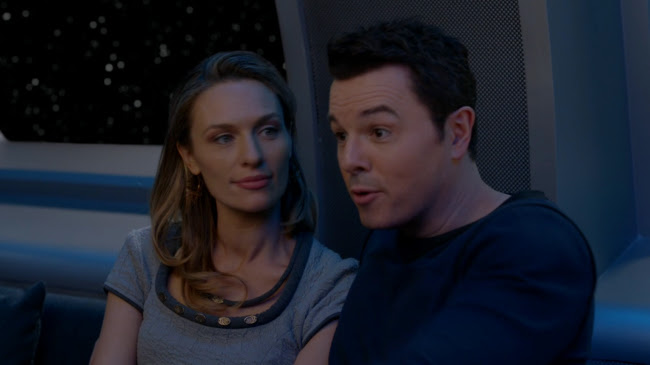 Much like Michael Burnham on Discovery, Ed (Seth MacFarlane) falls for an enemy agent who was surgically altered to appear human. The character even has the same name, Tyler, in this case a woman played by Michaela McManus. McManus had played the Krill officer Teleya the previous season and the production team on The Orville wisely didn't waste time and money trying to make it look like Teleya was played by a non-existent actress. She wasn't around in human form long enough, anyway, but the important thing is that the people behind The Orville know that a good story isn't about the plot twist. 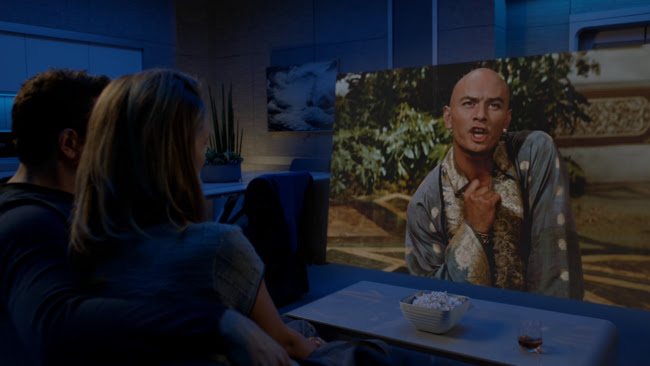 We skip past Ed and Tyler getting to know each other and going out and find them already in a relationship, snuggling up to watch The King and I* with Yul Brynner singing the episode title. It turns out to be a very appropriate sentiment as Ed points out later--just as Siam can't be in conflict with the British forever, the Krill and the Union can't be in conflict forever without expecting an ultimate calamity. 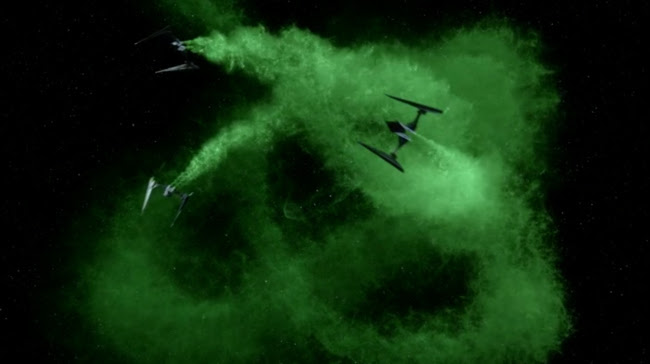 There are some nice, clever moments where Braga and Bormanis bring in some twists on old Star Trek concepts. Why didn't anyone think of detecting a cloaked ship by venting plasma or something else on it before? Why not create dummy command codes for captains to give out when they're captured? When Ed is captured by Teleya, the Krill are attacked by another excellently designed alien and Ed and Teleya end up stranded alone on a planet together for a set up that recalls the movie Enemy Mine as well as Star Trek episodes like "The Enemy" and "Darmok". Braga and Boremis add romance to the old equation. They use it do something Discovery avoided by having their Tyler remain confused about his identity; they had Ed and Teleya discuss the difference in ideology that keeps their peoples in conflict. 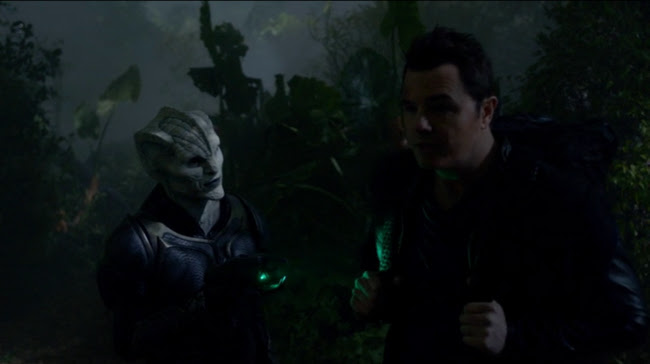 Discovery tried to have colonialism as a minor theme but it became muddled quickly as the Klingons hating the Federation for eroding their identity didn't make very much sense. With the Union and the Krill, it's cut and dry; the Krill see it as their destiny to take land from other people. I would have liked a bit more development to Teleya's character but at least the basic conflict is clear.

The episode ends with another nice musical choice, Billy Joel with "She's Always a Woman" which also cast Teleya in a more complicated light and made the whole episode better retrospectively.**

*The real life Anna Leonowens, on whom Deborah Kerr's character is based in The Kind and I, had a daughter named Avis. Probably a coincidence.
**I also wondered if the Billy Joel references in the episode were a nod to the writer Billy Martin who's a big Seth MacFarlane fan as well as a Billy Joel fan.