Daleks are So Metal 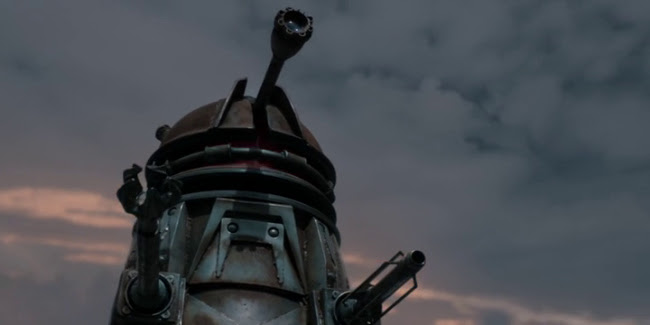 So apparently Daleks rock. That's the impression I got from the New Years Doctor Who special, "Resolution". And I mean "rock" with electric guitars and drums, lots of drums. It wasn't exactly bad but it was an odd fit, especially the drums. At one point I wondered if another file was playing on my computer on which I was watching the special. Mainly I enjoyed the episode and its reprise of elements from the Ninth Doctor episode "Dalek" (which was itself a reworking of the Sixth Doctor audio play Jubilee). It's nice to see the Rolling Stones play "Sympathy for the Devil", too, though, in both cases, it's fundamentally not a new song. 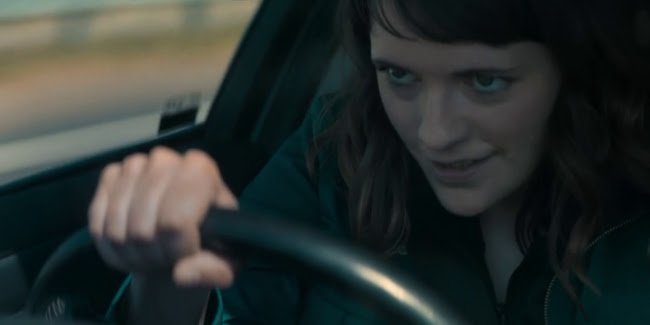 "Resolution" benefits a lot from reintroducing pre-Thirteen elements, not just the Dalek (once again voiced by Nicholas Briggs, though credited as "Nick Briggs" for some reason), but also Twelfth Doctor era director Wayne Yip. I didn't even think his Twelfth Doctor episodes were especially well made but in comparison to most of the directors in the recent season he's a genius. All the close-ups meant something, there was dynamic blocking, a cool tracking shot when the Dalek was blowing up soldiers, and a neat moment where the Doctor (Jodie Whittaker) swung around in the TARDIS to confront a sudden hologram of Dalek Lin. 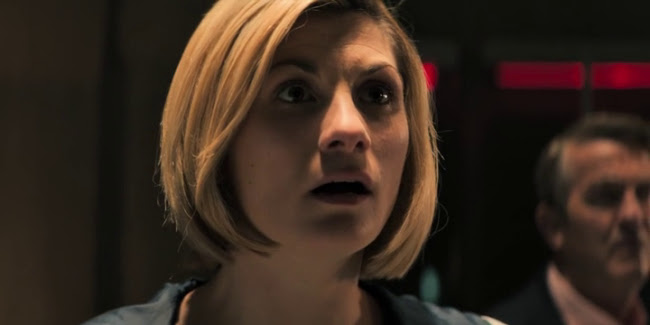 Not only did the Dalek rock, I had the strangest feeling we were supposed to be rooting for him. Or her. There are a lot of parallels drawn between the Doctor and the Dalek--the sequence where the Dalek forges a new shell with Sheffield steel almost looks like it was shot in the same exact place where the Doctor forged her new sonic screwdriver. But by taking over the mind of poor Lin (Charlotte Ritchie), especially since we don't get to know Lin very well, the Dalek effectively becomes a woman--much as a change of sex doesn't mean a whole lot to the Doctor except in how people with cultural conceptions of gender react to her, now the Dalek is interacting with humans in the shape of a woman. This was part of the vicarious thrill in watching her confront the patronising cop, though, really, she was doing 103, I'm going to have to side with the cop on this one. Oh, yeah, and she's a mass murderer. 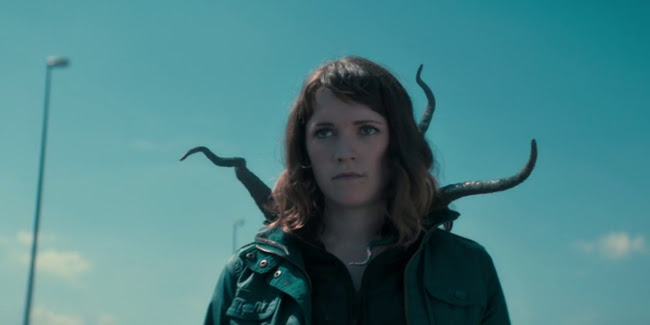 The Doctor mentions that she learned to think like a Dalek a long time ago, and this episode does seem to continue the idea of the Dalek as a dark mirror the Doctor. Though I kind of thought that was the point of the Master. 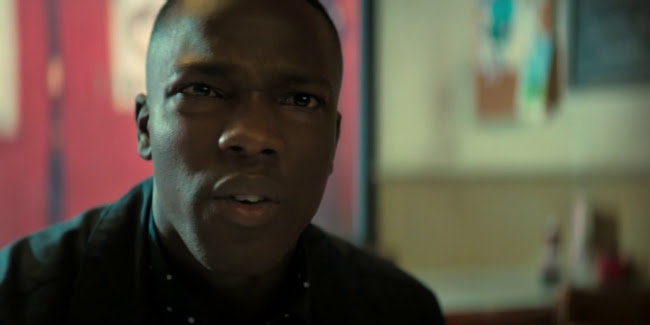 I didn't care much for the subplot about Ryan's father but I appreciated the effort Tosin Cole put into his performance confronting him in the diner. Easily the best performance from any of the companions this season. 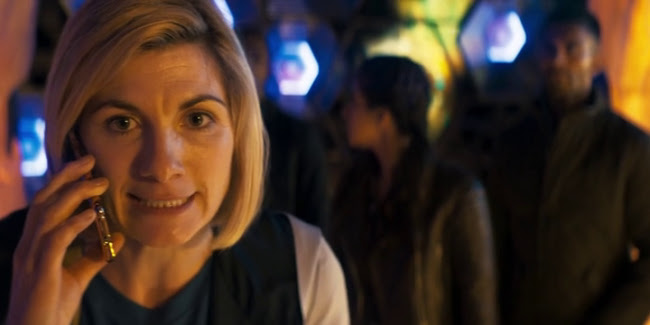 Once again, Yaz (Mandip Gill) seemed completely superfluous. You'd think her being a cop in Sheffield would come into play, maybe with her utilising local knowledge and connexions, but no. I feel like the writers have forgotten she's a cop.

No-one watches Doctor Who for a sensible plot but this one had an amazing amount of dumb moments. Ninth century humans defeated a Dalek? Why were three humans from different parts of the world fighting it? Whose history were they trying to erase it from? How would hiding the body keep the knowledge from historians who'd hear about the battle? If they didn't hear about the battle, why hide body in different parts of the world? If the Dalek can build rocket engines and missiles why can't it immediately access communications when it takes over the biggest communications centre in the country? What would contacting the Dalek fleet accomplish? They already know about Earth.

All the New Years jokes were shoe-horned in pretty lamely, worse than the Christmas references usually are. Still, the action scenes were good and it was good seeing the Dalek kick ass.

A pocket button held the thread inside.
The mem'ry spool was stout and very tough.
No needle, pin, or thimble *could* decide.
To darn a simple want a thought's enough.
The tangles part at last revealing eggs.
The rising structure born becomes the land.
The puppy stands on thin, unsteady legs.
May strides of grace prove firm on shifting sand.
Some copper coils wait in faded bins.
The painted moon remains at early dawn.
Beginning meals were et with finished pins.
The sushi's here but also now it's gone.
A rack of woolen coats await the phone.
The icy air desires human bone.

Posted by Setsuled at 5:22 PM
Email ThisBlogThis!Share to TwitterShare to FacebookShare to Pinterest
Labels: dalek, doctor who, television, tv show