One Good Xelayan Deserves Another 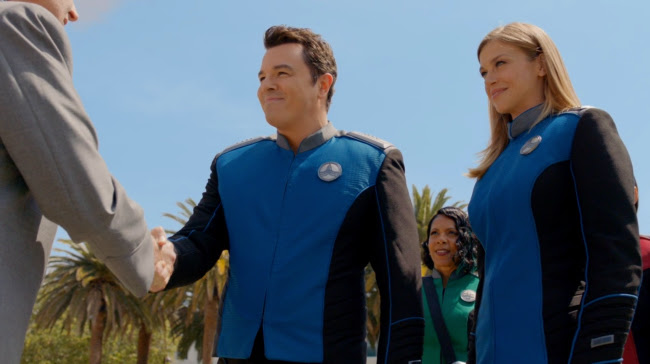 Last night's new episode of The Orville, "All the World is Birthday Cake", sure looked like television. I'm so used to shows with what were formerly considered only cinematic production values that I was a little surprised by how cheap the action sequence in the episode's climax looked. The story itself, about a First Contact mission gone awry, reminded me a lot of "Mad Idolatry" from season one; both episodes have a good point about the dangers of superstition but I wish their arguments had been a little more complex. "All the World is Birthday Cake" had more novelty, though. 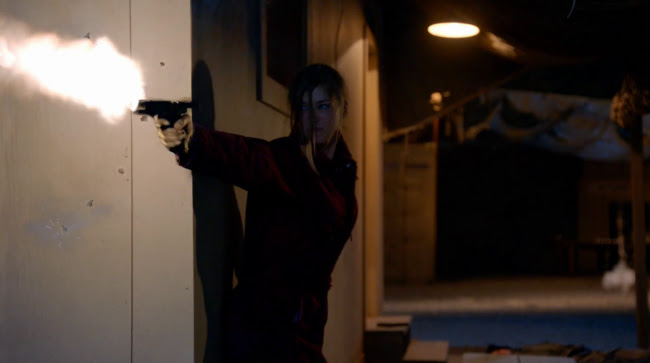 I thought about what's gained by having Kelly (Adrianne Palicki) and Bortus (Peter Macon) in such a cheap rendition of an internment camp. I guess it's helpful to be able to introduce these issues on a family show so kids can start thinking about them without having to expose them to graphic images of mutilation, death, and malnutrition.

I kept expecting there to be dissenters of some kind. Such an advanced society ought to have some people who question the pervasive faith in astrology. But that might've opened a whole can of worms regarding the ethics of the eventual solution to the problem which involved creating a fake star. The episode is certainly nowhere near as good as the Next Generation episode titled "First Contact" (not to be confused with the film), which explored many of the same issues in much more satisfying ways (and also included a cameo from a Cheers cast member). 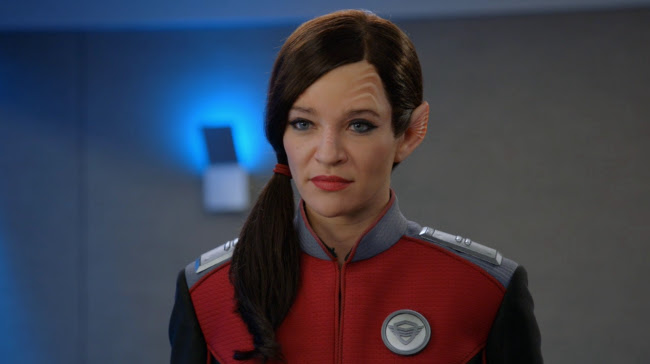 Last night's episode also introduced Alara's replacement, another Xelayan, this one named Talla, played by Jessica Szohr. It seemed pretty clear she was just plugged into a script already written with Alara in mind, especially from the way Talla and Claire (Penny Johnson Jerald) were hanging out together at the hospital, echoing Alara's relationship with Claire. But I think I already like Talla better, and not just because Jessica Szohr was on Twin Peaks (I'm a massive Twin Peaks fan). 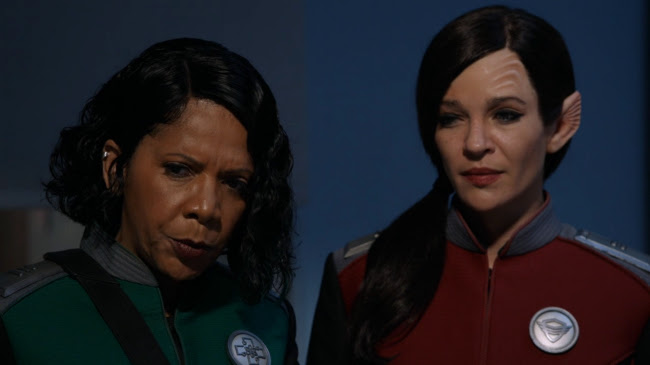 She's 33, older than Halston Sage by eight years, so her position on the bridge doesn't feel quite as improbable. She just seems grittier somehow, too. I guess it's the slight rasp in her voice but I think she also has more of a military body language. I hope we'll see more to distinguish her from Alara in future episodes, though. 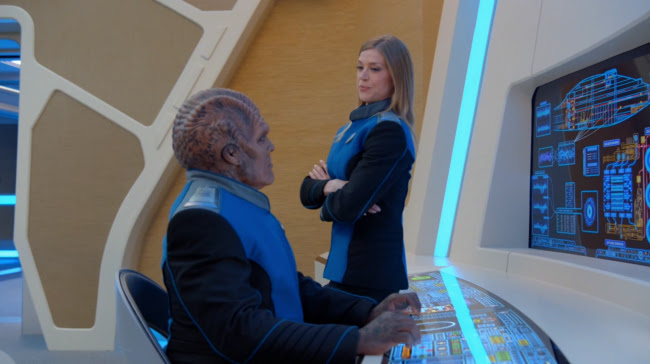 I love the understated running gag with Bortus whenever anyone casually uses the word "afraid", as in this case Gordon (Scott Grimes) suggests Bortus is "afraid he won't get as much stuff" if Kelly and Bortus have a joint birthday party. Immediately Bortus says, serious as a funeral, "I am not afraid."