Just Another Game with Jewellery 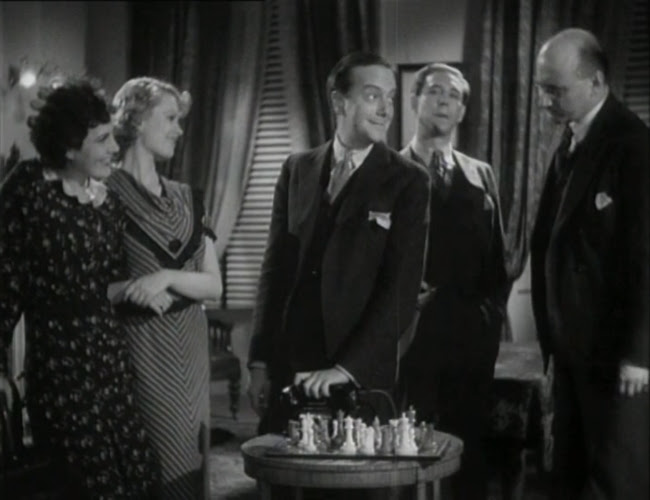 There's a rash of high profile jewel thefts and around the same time a young man who works nights just happens to rent a room in the home of a wealthy family in 1935's Checkmate. The name suggests a battle of wits and this is a satisfying little puzzle of a film even if doesn't reach the heights of some of the best mystery films of the period. 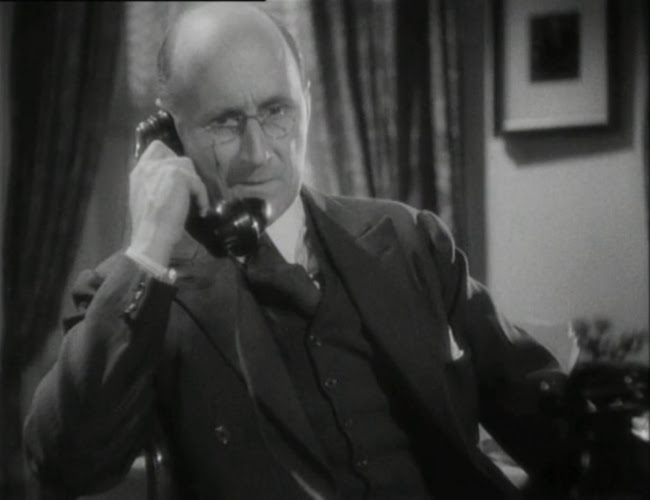 The irascible old Henry Nicholls (Felix Aylmer) reluctantly accepts Phillip (Maurice Evans) into his home. Philip is an intensely cheerful, amiable young man who says he works nights as a telephone operator. More eager to welcome him into the home are Henry's perky, beautiful daughters, Mary (Evelyn Foster) and Jean (Sally Gray). It's not long before Mary and Phillip start getting attached to each other while Jean is more interested in the mysterious young man who runs a garage across the street, Jack (Donald Wolfit). 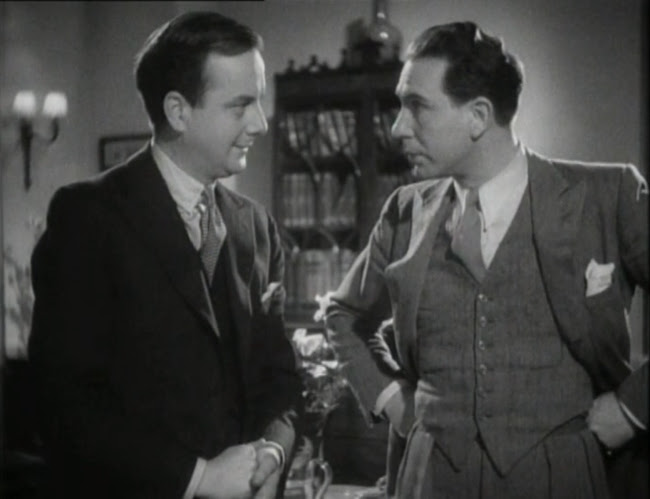 The two couples go out to dance halls together but Phillip and Jack eye each other cautiously with something more than the competitiveness of two rivals in love. The girls, meanwhile, suspect nothing and only wonder with occasional irritation why the boys aren't paying more attention to them. In one amusing scene, they queue up, passing dishes from one to another, the girls giggling while the men prod each other with insinuations. I love the suggestive lapels on the top Mary's wearing in the scene. 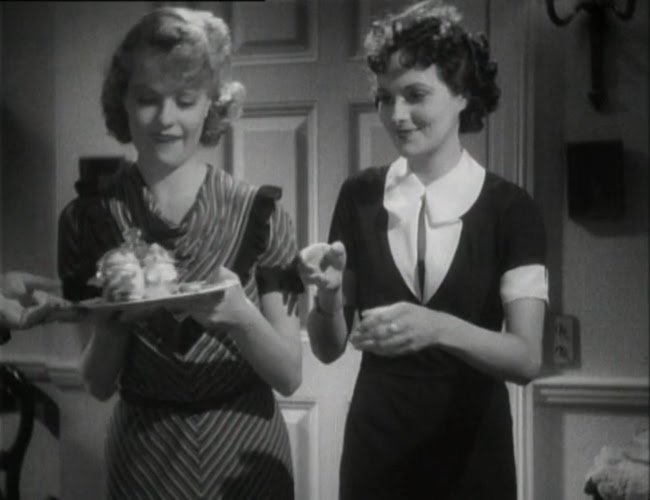 Obviously, someone's going to end up being the jewel thief and someone else is going to end up an undercover police inspector. But who? The film reveals the true identities of its characters slowly throughout. It's not especially complicated and the actors aren't especially interesting but they're good enough, each having the standard charm of professionally trained British actors of the 30s. And the story's twists confer the delight in discovering answers to interesting trivia questions or crossword puzzles. The film is barely over an hour long and does the viewer no harm. It's available on Amazon Prime.