Detecting Truly as Ever 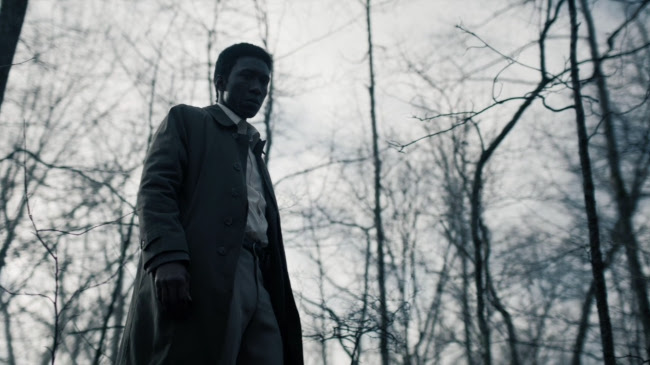 We have new detectives and a new season but it's still the old True Detective that premièred on HBO a couple nights ago. Even more the old True Detective than season two, really, as the disappointing reaction from viewers to the second season has seemingly led creator Nic Pizzolatto to codify aspects of season one as series formula; a southern U.S. setting, a story told partly through depositions that become narration, and the main character giving depositions with different behaviour and physical appearance, indicating a long passage of time. I'm one of the two or three people who really liked season two and Pizzolatto's decision to take the story in a radically different direction but I enjoyed the first two episodes of this new season as well. 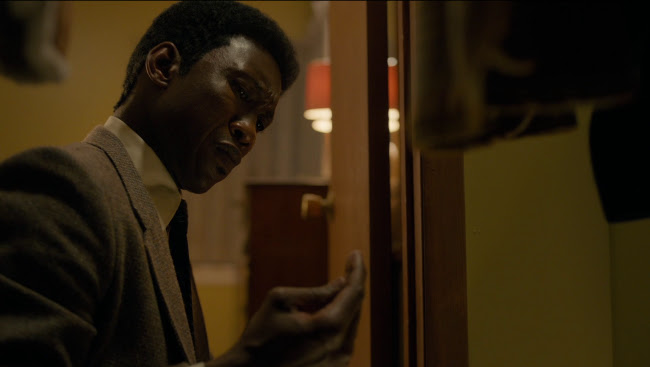 It does invite comparisons that aren't always to its benefit. This season stars Mahershala Ali in the role essentially occupied by Matthew McConaughey in the first season and while Ali is a decent enough actor he doesn't have McConaughey's star quality. I like his backstory about being a highly trained lone wolf in the Vietnam War, and I like his nickname, "Purple Hays" (his real name is Wayne Hays). But he doesn't have that steady batshit hypnotic quality McConaughey has. 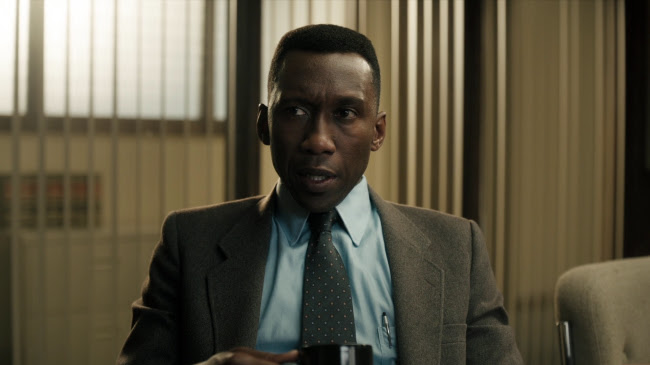 It's funny how everyone can colour coordinate on this show. You'd think there'd be one guy whose tie really doesn't quite go with his coat but everything looks perfect. Of course this is a sign there is a real visual style to the show as opposed to an attempt to recreate real life; once again the opening credits are beautiful images of people and landscapes fading into each other. 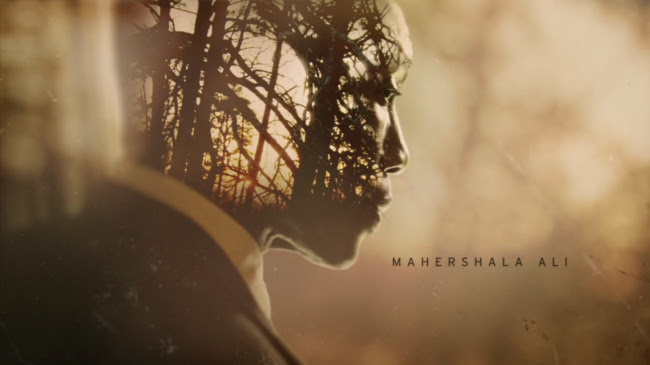 So far the show is set in three time settings--the early 80s, 1990, and 2015, with Hays at the centre of each. The ageing makeup in the 2015 segment is amazing; completely seamless and it doesn't make Ali look oddly bulky. Makeup's come a long way. 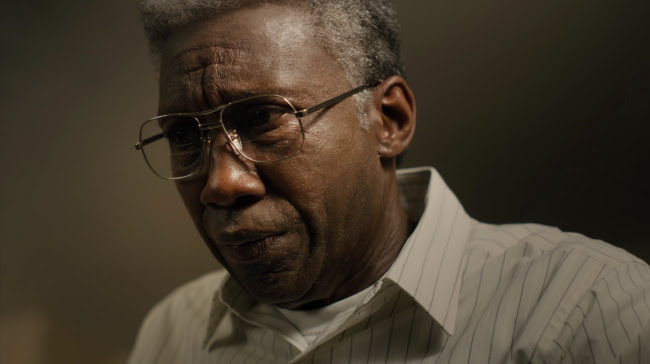 The mystery involves a missing girl and, in another reprise from the first season, we see there are vaguely pagan, folk horror paraphernalia involved, in this case little dolls handmade from flowers and straw. Only time will tell if the supernatural is another aspect resurrected from season one. 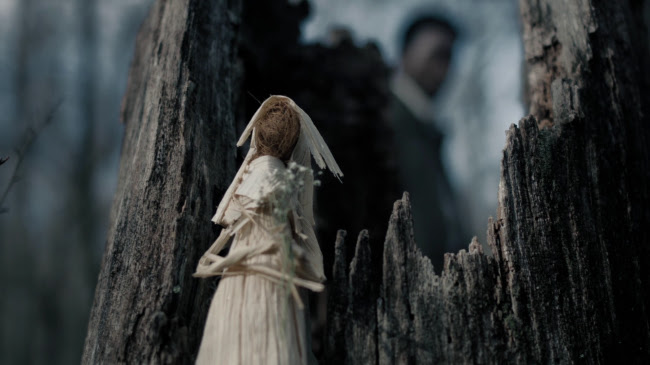 Sometimes I get the feeling Pizzolato has taken the opportunity this season to go back and do things he feels could've improved season one. Age and imperfect memory are already a very important aspect of the story this season in ways they could've been but fundamentally weren't in season one. In any case, I'm eager to see where it goes.