The French Rose from Japan 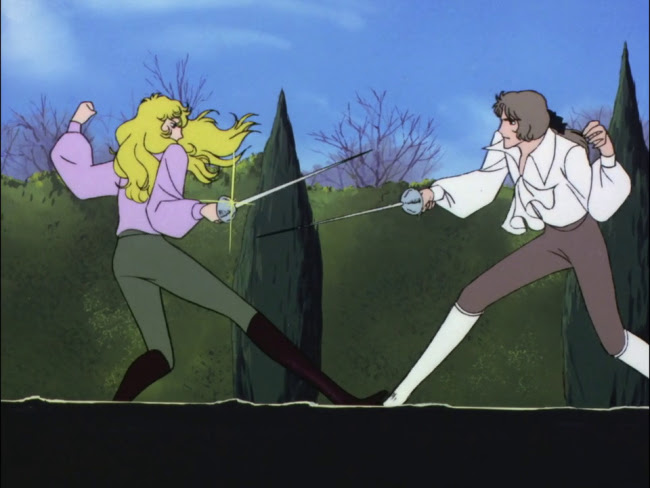 I'm twenty episodes in, now, watching the 1979-1980 classic shojo anime series Rose of Versailles; which is to say, halfway through. There are 40 episodes in total. Those familiar only with modern anime series may find this astonishing; nowadays it's extraordinary for an anime series to get more than twelve episodes and usually the animation is cut rate, overreliant on cgi, and the visual design homogeneous. Rose of Versailles has so far maintained outstanding quality; great animation and design and its story, a fictionalised take on Marie Antoinette centred on a female captain of her royal guard, has been a nice, endlessly engaging melodrama. 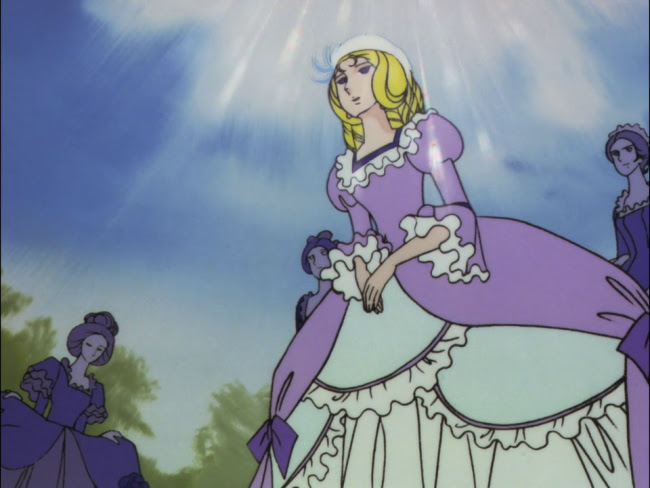 The details of Marie Antoinette's story have been mostly true to life in the broadest sense though the nature of the show is to render the protagonists and antagonists in exaggeratedly heroic and villainous ways. Since Marie Antoinette is the heroine of the series, Madame du Barry is naturally a scheming, sadistic fiend (though when her story arc ends there is some implicit sympathy for her as she's expelled from the life of an aristocrat). Every villain so far has at least one moment where he or she cackles maniacally, usually while their face is hidden behind a fan. 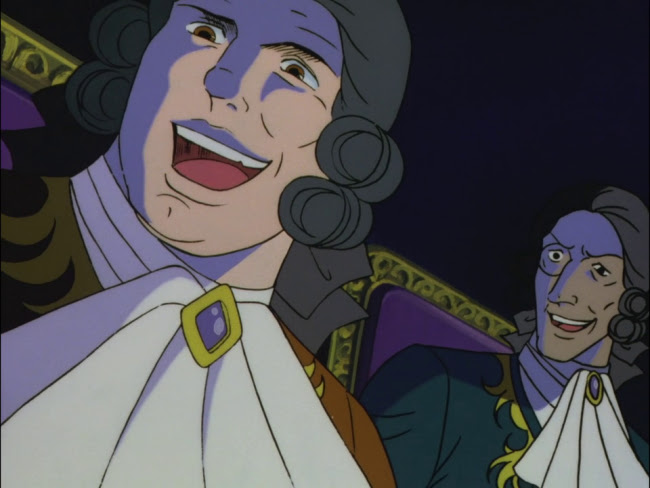 Fortunately, the show can't avoid some ambiguity considering its subject matter. It fetishises and adores Marie Antoinette and her lifestyle but it also establishes sympathy for France's impoverished populace whose love for her is gradually turning to the hate that will be her undoing. A character named Rosalie seems to be an attempt to personify the common people. 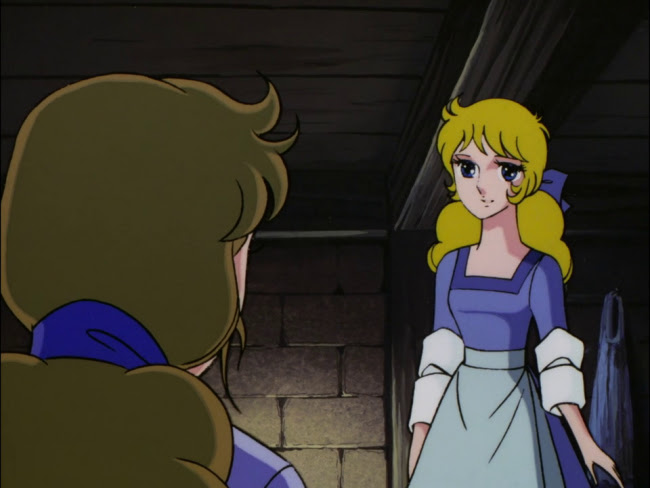 A poor woman who lives alone with her sickly mother, she struggles to get by and has run ins with several of the series regulars who treat her with kindness or cruelty, depending on who they are. But Rosalie's story gets mixed up in the aristocracy as well and eventually she becomes an adopted member of Oscar's household. 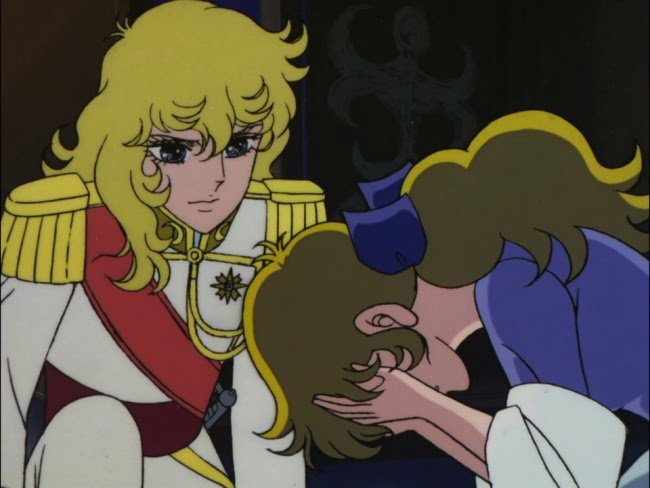 Oscar is the captain of the royal guard, a woman who was raised as a man and, although everyone recognises her as a woman, she dresses and behaves in most ways like a man. This is one of the more remarkable aspects of the series and has been the subject of much commentary. It's partly an example of how different the fantasies of teenage girls regarded as normal were in Japan in comparison to the West; but Oscar's thorough adoption of a traditionally male role, manner, and lifestyle is remarkable, especially as there's little romance involved, aside from the men who secretly long for her, most notably her childhood friend, Andre. 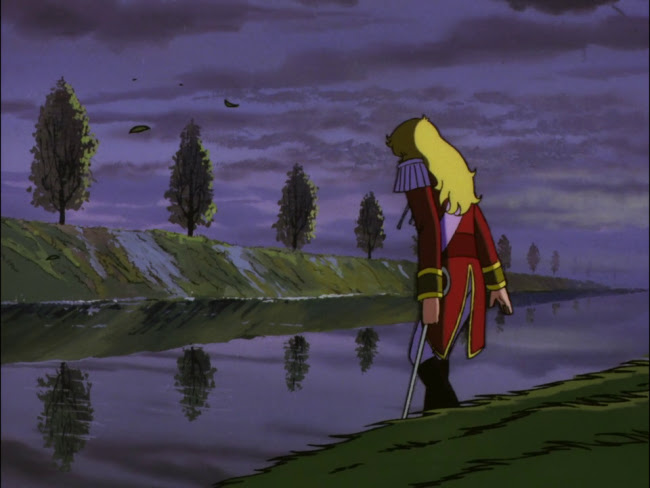 It's Oscar more than Rosalie who serves as the show's moral compass and her approval or disapproval of any decision Marie Antoinette makes seems the final word on whether it was right. The series changed directors after episode 18 due to the sudden death of its first director, Tadao Nagahama. Replacement director Osamu Dezaki, who worked on Astro Boy and Lupin III among other shows, has so far brought an effective, more action oriented tone. He puts more emphasis on movement in sword fights and ballroom dancing. It seems this period in the narrative is finally where the viewer gets to see more internal conflict for Oscar and it's only now that we get a hint that her adopting male roles may entail some sexual frustration. I look forward to seeing how that plays out with the Revolution going on.