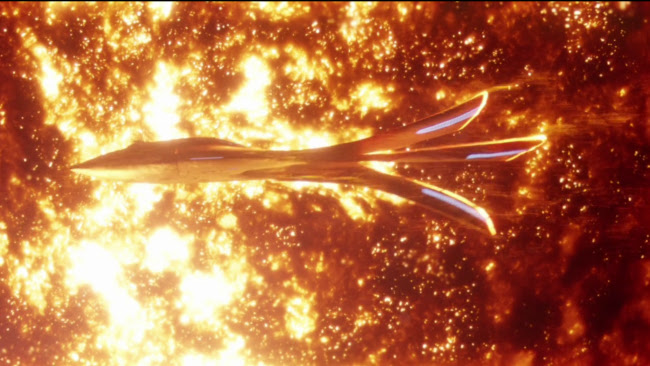 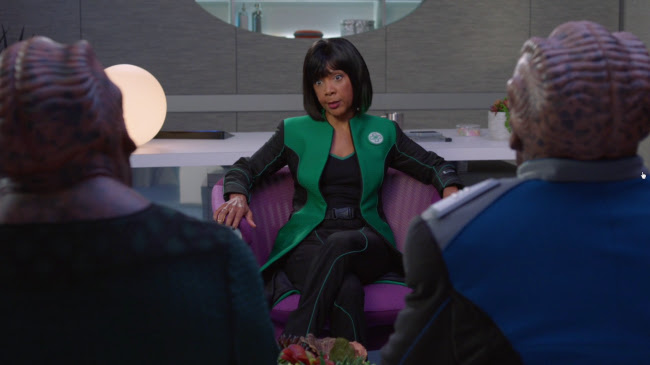 This was the first season episode that moved to the second season, which explains why Dr. Finn (Penny Johnson Jerald) is back in the bad Magica De Spell wig. It's also a follow-up to one of the most talked about shows of the first season, "About a Girl", in which tradition forces the Moclan parents, Bortus (Peter Macon) and Klyden (Chad Coleman), to have sexual reassignment surgery performed on their newborn child because the Moclan race does not acknowledge female offspring. In "Primal Urges", Bortus is using elaborate masturbation practices to deal with his ongoing resentment towards Klyden for insisting their child adhere to Moclan tradition. 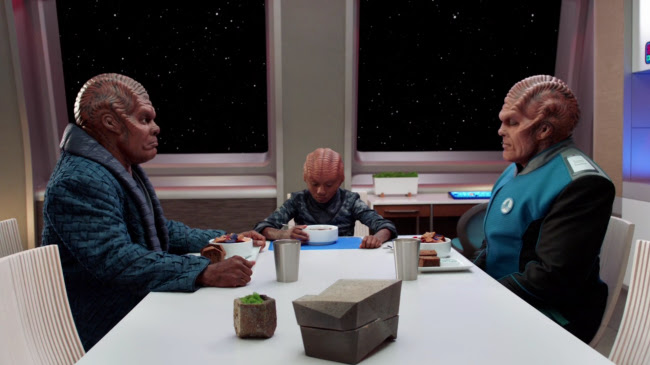 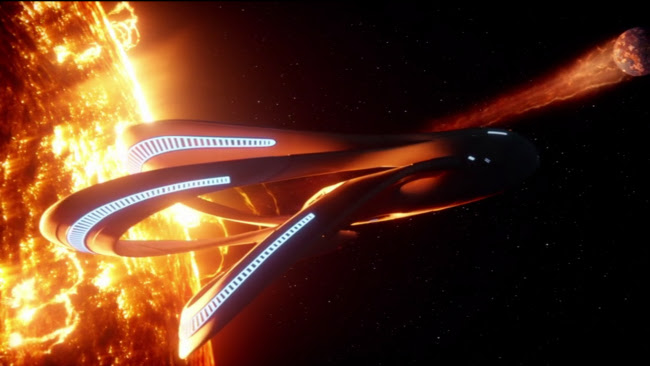 He doesn't even want to watch the spectacular sight of a planet being torn apart by its sun turning into a red giant. Instead he has to go off and get fucked by a swaggering hologram of a Moclan guard, my favourite of the simulations. The final simulation, a bunch of almost naked Moclan's caressing each other in a forest glen, was surprisingly tame considering it was an illegal programme Bortus obtained from a shady fellow in engineering. But I guess there's still only so much you can show on television. 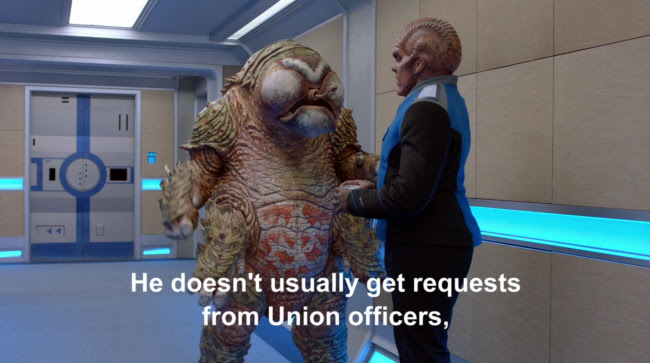 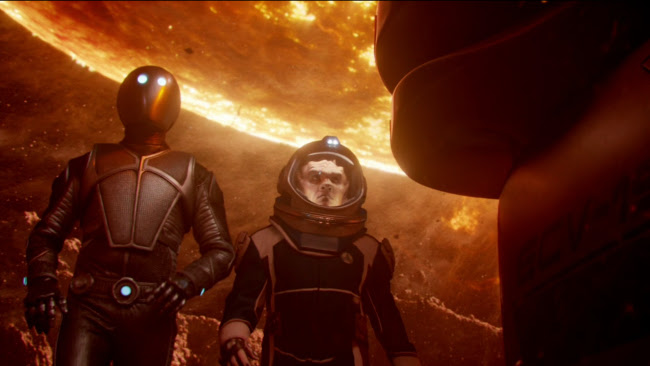 The visuals for this episode were top notch, the tension in the climax as the Orville tumbles towards the red giant was excellently ramped up by director Kevin Hook and John Debney's score was once again brilliant. Writer Wellesley Wild (showrunner for the upcoming Animaniacs reboot of all things) presents a genuinely thoughtful dialogue that utilises the established characters well, not just Bortus and Klyden but also the dialogue between Bortus and Isaac (Mark Jackson) is particularly good. 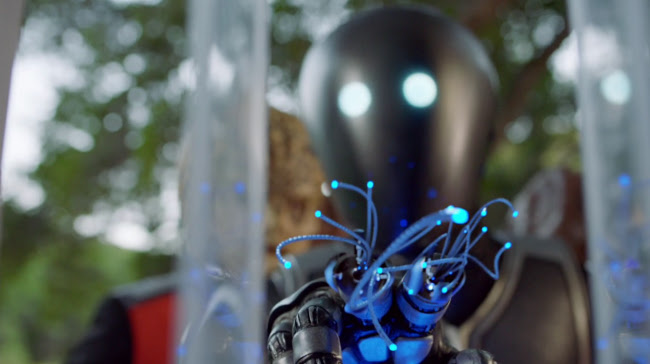 Isaac's personality is distinguished from Data's in that he's much more of an asshole or, indeed, a racist, as Ed puts it. He really can't understand why the people forced to choose among them who will love or who will die don't simply determine the most intelligent among them, he doesn't understand why lives shouldn't be measured merely by statistical data. We understand why Bortus, even after his monologue about the emotional impact of his compulsions, says he wouldn't want to be like Isaac. Yet this creates intriguingly complex feelings about Isaac. 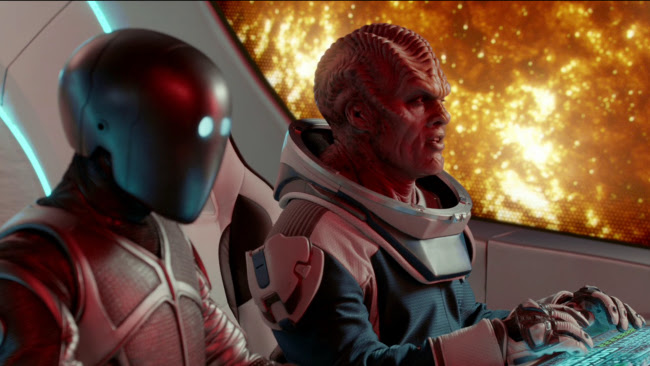 And how about that monologue in the shuttle? Peter Macon was excellent here. He has a tricky line to walk, from being the stilted alien sometimes played for laughs while also being the more emotional counterpart in the dialogue with Isaac, and having to internalise his ongoing issues with Klyden. Macon makes these two potentially incompatible aspects work together perfectly with a pitch perfect, very brave performance. It was captivating to watch in an episode that was captivating for a lot of other reasons, too.

Posted by Setsuled at 10:49 AM
Email ThisBlogThis!Share to TwitterShare to FacebookShare to Pinterest
Labels: sci fi, science fiction, television, the orville, tv show