To Repay or to Requite 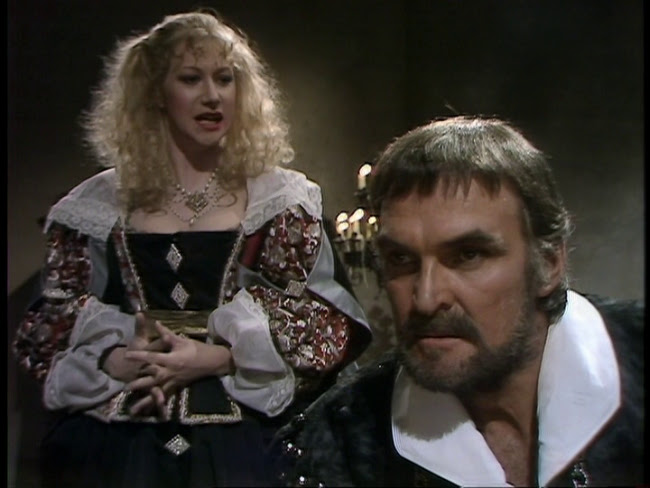 When you intend to pay an assassin with money, sometimes it's wise to make sure you both understand you're not offering sex. Otherwise you might end up with a tragedy something like Thomas Middleton and William Rowley's 1622 play The Changeling, a play I last night watched a very good BBC production of from 1974. 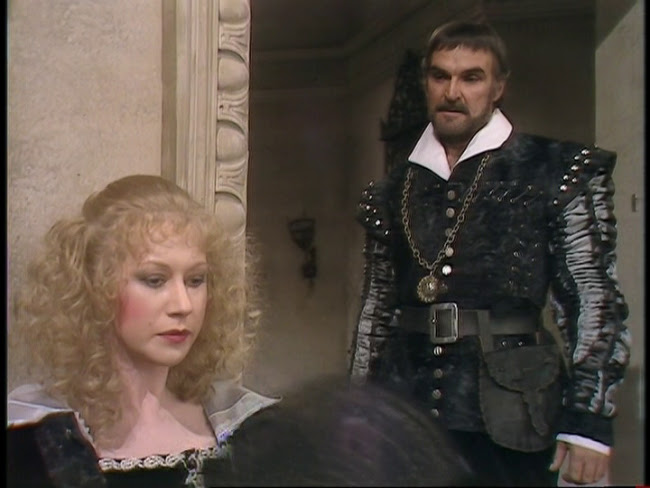 She hates De Flores but, circumstances being what they are, it occurs to her hiring De Flores to murder Alonzo may be the most delicate way of handling her problem. It's a motivation that's utterly cold blooded and yet, in a way, innocent in its scope. Conceivably the character could be played as someone who doesn't really understand the depths of what she asks, a childish weakness that De Flores might exploit. But Helen Mirren, in the 1974 adaptation, plays her as steely and cunning. 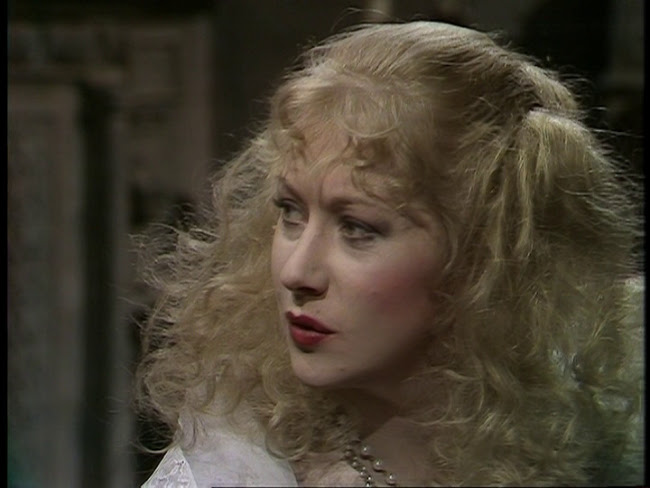 I believe she understands the crime she's asking for but I also believe she doesn't understand the sexual connotations De Flores can hardly be blamed for interpreting in their exchange.

You are too violent to mean faithfully;
There's horror in my service, blood and danger:
Can those be things to sue for?

If you knew
How sweet it were to me to be employed
In any act of yours, you would say then
I fail'd and us'd not reverence enough
When I receive the charge on't.

[Aside] This is much,
Methinks; belike his wants are greedy, and
To such gold tastes like angels' food.--Rise.

I'll have the work first.

[Aside] Possible his need
Is strong upon him. [Offering him money] There's to encourage thee;
As thou art forward and thy service dangerous,
Thy reward shall be precious.

That I have thought on;
I have assur'd myself of that beforehand,
And know it will be precious: the thought ravishes!

Then take him to thy fury.

It simply never occurs to her that a servant would see sex with her as in the realm of possibility and it doesn't occur to him that she could possibly misinterpret his words.

Oh, my blood! Methinks I feel her in mine arms already,
Her wanton fingers combing out this beard,
And being pleased, praising this bad face!
Hunger and pleasure, they'll commend sometimes
Slovenly dishes and feed heartily on 'em,
Nay, which is stranger, refuse daintier for 'em.
Some women are odd feeders.

De Flores is described as ugly by himself and others but he's played by Stanley Baker in the 1974 production; hardly an unattractive fellow. 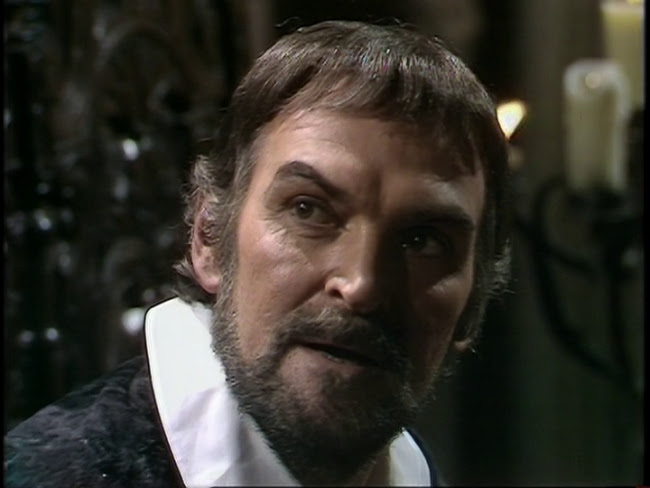 At least not by to-day's standards. Jean Paul Belmondo was described as ugly in reviews that praised his looks in the early 60s; there is classical male beauty and there is a kind only a liberated mind wouldn't blush to call attractive. Maybe this production is interpreting another meaning to the ugliness ascribed to De Flores; a carnal, animal sexuality. Certainly Baker and Mirren's scenes together have that kind of excitement to them. 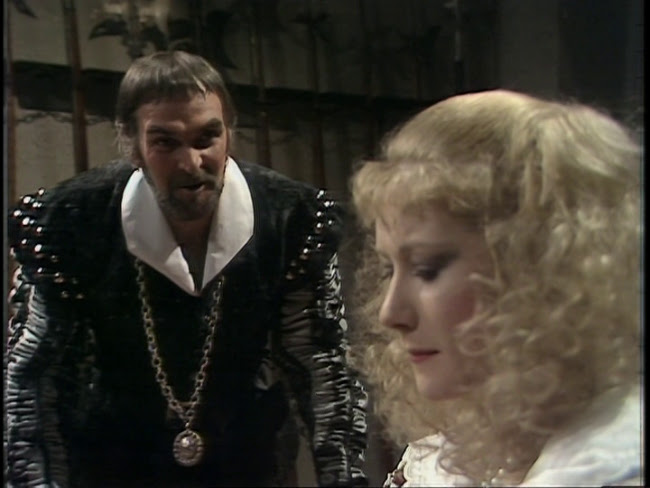 It's so wonderfully pulpy even as the consequences of the two misunderstanding each other are so terrible--but, then, they're already steeped in blood by that point. There's a real noir quality to it, too; they're not far from Double Indemnity or The Postman Always Rings Twice. John Garfield would've made a great De Flores.

I love how Beatrice really starts to fall for him when he sets the house on fire to cover up another murder.

Already! How rare is that man's speed!
How heartily he serves me! His face loathes one,
But look upon his care, who would not love him?
The east is not more beauteous than his service. 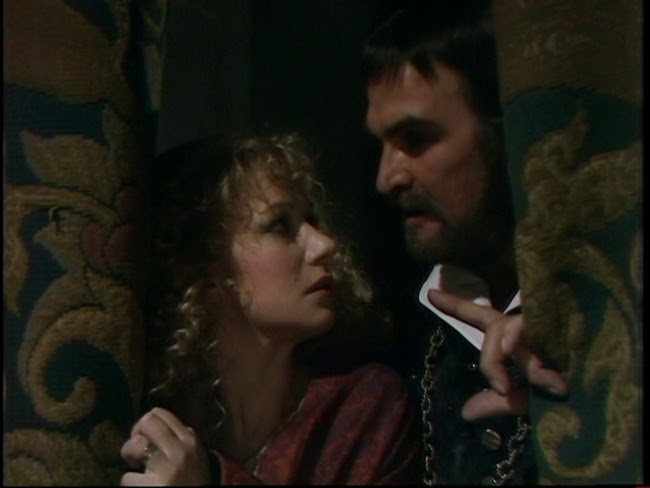 The 1974 production has great costumes and set designs--one of the nice things about productions of early modern plays not by Shakespeare is you can usually rely on them being set in the proper time and place. A subplot in the madhouse is amusing and well put together but the main appeal is in Baker and Mirren's chemistry. It's such a pleasure watching them.