Books and Stories, Read and Read 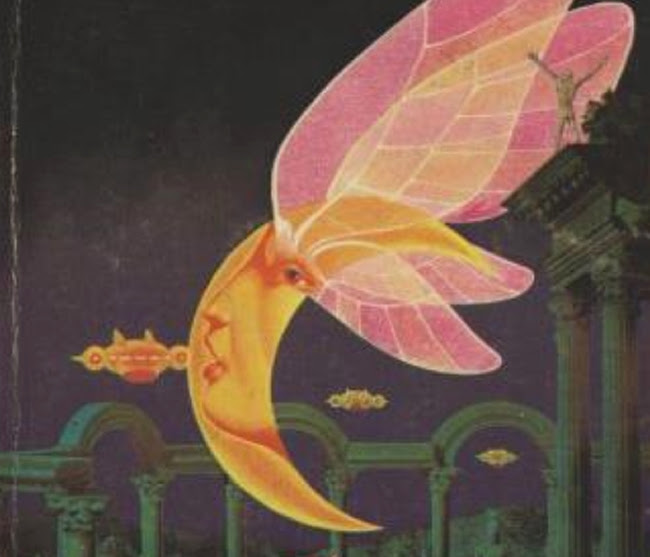 On Sunday I read the new Sirenia Digest which contained an exceptionally beautiful story from Caitlin R. Kiernan, a story she wrote in 2009 for an anthology in tribute to Robert Silverberg and his novella Nightwings. I've never read Silverberg but if his work is anything like "The Jetsam of Disremembered Mechanics", Caitlin's story, I'd very much like to. Set apparently in a distant future where place names have changed to just barely recognisable--"Perris", "Stanbool"--the story follows a "Flier", a woman who belongs to a humanoid species with insect wings and other, subtler, distinctive differences from humans. Once again Caitlin shows a great talent for creating a character for whom the strange experience (from our perspective) is normal, their actions and behaviour never saddled with exposition or awkward moments where the normal things are newly noticed by the characters. At the same time, the narrative is never confusing, it has that wonderful quality of diving into a strange but also strangely familiar and fully formed world, like the first Star Wars movie. The language used throughout the story is lovely, too.

For New Years, Caitlin posted on her blog a list of the books she read in 2018. It seemed like a good idea so I thought I'd do the same. I'm including here only books I finished reading in 2018--there are a lot of books I read sections of for research purposes. As far as I can remember I read . . .

I can recommend all these books, especially Paradise Lost. I'm almost done reading Middlemarch by George Eliot. It's really good, more psychological than I was expecting, it seems more like a work by Dostoevsky than Eliot's British contemporaries. I've also been reading a lot of short stories, Caitlin's as well as bits from Yeats' collection of Irish folk tales. It's nice how there's always more to be read.