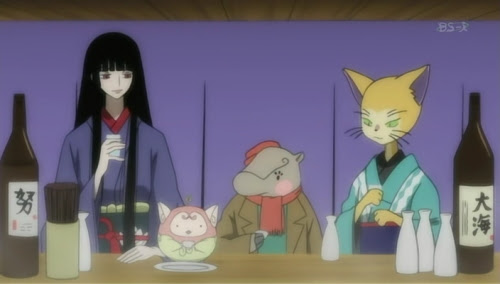 This morning I watched the final episode of xxxHolic's second season, an episode which consisted of two of the characters shopping for a refrigerator followed by almost all the characters eating together at a fox's udon stand. Yet another sort of episode that would never fly on American television. Neither the world nor the protagonist's personal life is in peril? Who'd believe that? The episode also featured cameos from other CLAMP series. Spot the Chobits characters; 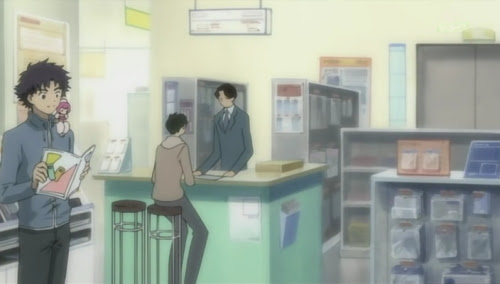 The whole thing made me hungry for Japanese food, which led to me wandering about town for several hours to-day. I'm caught up on my comic, so I guess I did have a little time to spend. I also picked up the Criterion edition of The Thief of Baghdad, which features commentary with Francis Ford Coppola and Martin Scorsese. Who'd have thought? What's next, David Lynch commentary for The Wizard of Oz? Gods, I bet that'd be great.

While I was out, I was toying with the idea of doing another Halloween comic. I sort of like the idea of Anelnoath having an annual Halloween special. I don't know if I could pull it off while also doing Venia's Travels. Tell you what, if enough people express interest, I'll make one. 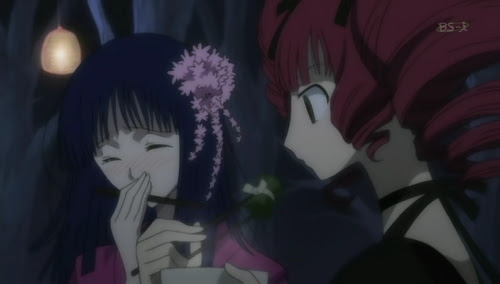 Posted by Setsuled at 9:09 PM
Email ThisBlogThis!Share to TwitterShare to FacebookShare to Pinterest