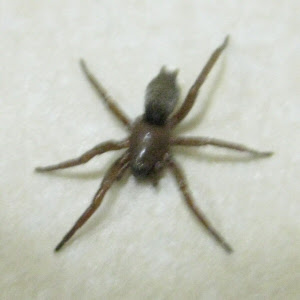 That's the clearest shot I could get. My unsteady hands thwart so many of my artistic endeavours. It's amazing I'm able to type.

Played a lot of World of Warcraft at Tim's last night, getting the special pirate day outfits for both my undead warrior and my human rogue; 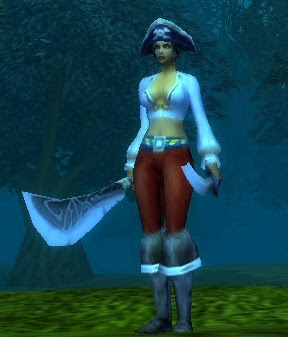 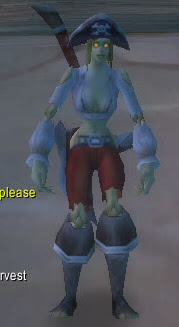 It was hardest to do with my level 23 rogue, who I had to take through Stranglethorn to get it. I basically had to corpse jump a lot of the time--in WoW, when one dies, they have to run back to their corpse from a graveyard as a ghost, and you can resurrect a few feet from your corpse in any direction, so in this way you can progress through dangerous areas very slowly.

I had a problem resurrecting my undead warrior at one point last night, too, when she accidentally fell into the crater next to Tanaris into a spot I could only access as a ghost by running all the way back to Tanaris. Which I did, only to fall into another hole as a ghost, and I was forced to use the "character stuck" button in the help options. At least there is such a thing--how horrible to be a spirit trapped forever in some geometrical accident in the landscape.

I'm running behind to-day and feeling very sluggish . . . Maybe it's all this Leonard Cohen I've been listening to.

Posted by Setsuled at 8:24 PM
Email ThisBlogThis!Share to TwitterShare to FacebookShare to Pinterest