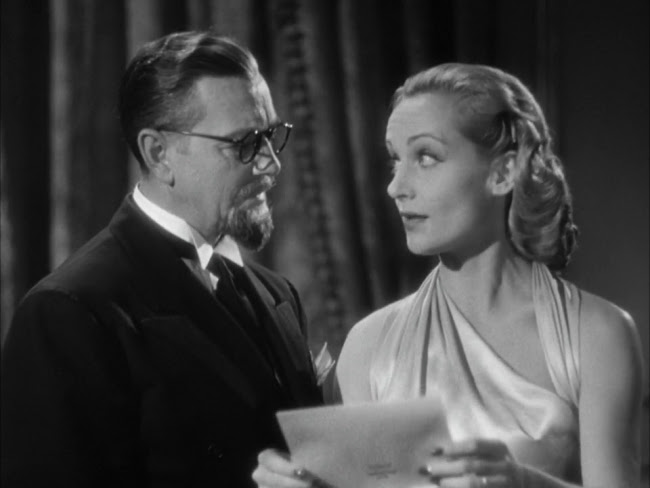 Can you fight Hitler with screwball comedy? Should you fight Hitler with screwball comedy? Ernst Lubitsch made a noble attempt in 1942 with To Be or Not to Be starring Jack Benny and Carole Lombard (in her final role) as famous Polish theatre actors around the time the Nazis invaded Poland. It's not surprising people found the film in poor taste despite the success of Chaplin's The Great Dictator a few years earlier but, while it's far from his best film, this is an effective comedy from Lubitsch. Though this is one case where a comedy may have gone down a bit better with a little moralising.

Where Chaplin's film features memorable scenes directly addressing the horror and injustice of the Nazi worldview, To Be or Not to Be for the most part treats the Nazis as simply the invading army of an enemy nation. The only real exception is with the character Greenberg (Felix Bressart), a member of the theatre company Benny's and Lombard's characters work in. 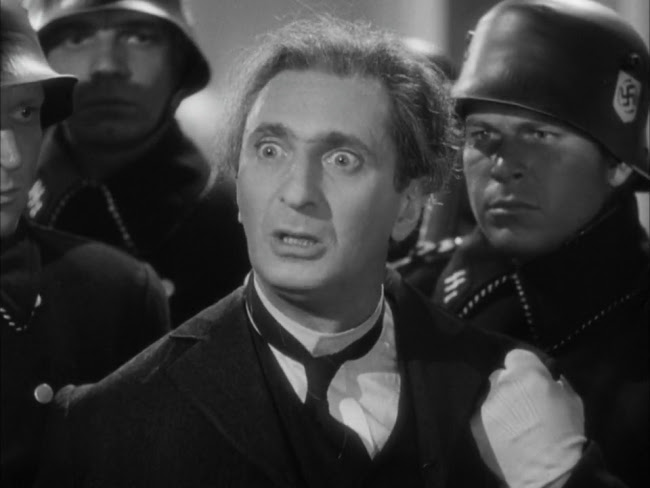 He's never explicitly referred to as Jewish but in addition to the name Greenberg he speaks more than once about his desire to play Shylock in The Merchant of Venice and spontaneously recites the famous "If you prick us do we not bleed?" speech twice. 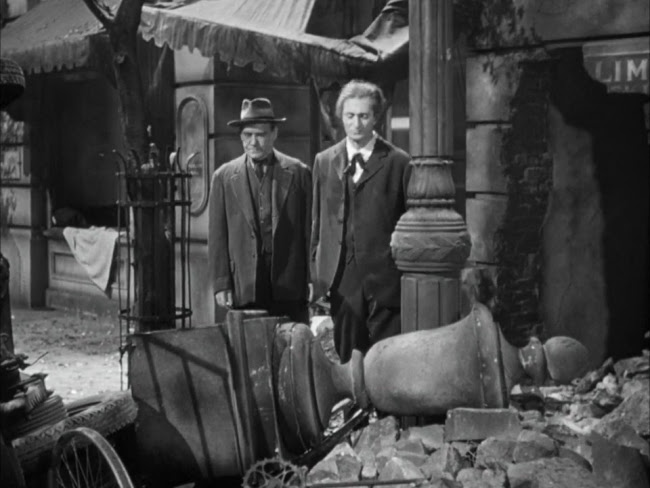 With this character, we can most clearly see the German born Jewish director Ernst Lubitsch making his personal statement regarding Hitler.

But most of the film concerns the absurd misunderstandings between lovers and bystanders, the mainstay of the screwball comedy. Lombard tells a baby faced Robert Stack--playing a Polish airman--to meet her backstage when her husband, Benny, says "To be or not to be", beginning the famous Hamlet soliloquy and thereby signalling there's time for shenanigans. Benny, of course, broadly reacts and casts suspicious eyes on the fellow who abruptly leaves during the big scene. 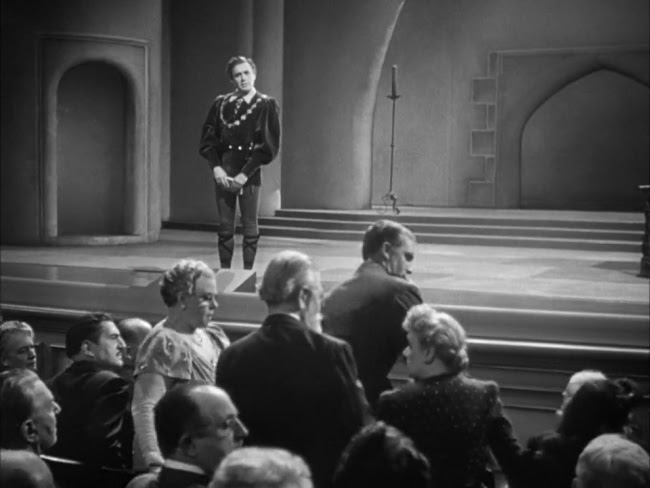 Then Warsaw is demolished and a Nazi spy gets involved in the romantic misunderstandings. The urgent matters of war communication become a pretext for the baton of ridiculousness to be passed from one hand to the next as one moment Lombard is trying to fend off the Nazi, then she and Benny trick him into following people pretending to be Nazis. Meanwhile Benny tries to suss info out of the Nazi regarding his wife's misconduct, then Benny is disguised as the Nazi. All handled with wonderful comedic timing particularly by Lombard. She was so young and at the top of her game. It makes her death, just two months before the film was released, seem particularly sad. 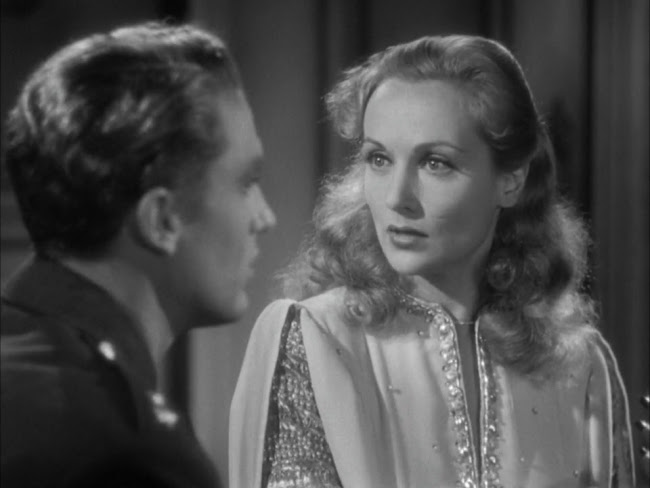 The film is also a clear influence on Quentin Tarantino's Inglourious Basterds with its theatre climax. But it must be said Tarantino's film is a better action film than this is a comedy. This is nowhere near the Lubitsch of Trouble in Paradise or Ninotchka. But it's not bad.

Posted by Setsuled at 8:55 PM
Email ThisBlogThis!Share to TwitterShare to FacebookShare to Pinterest