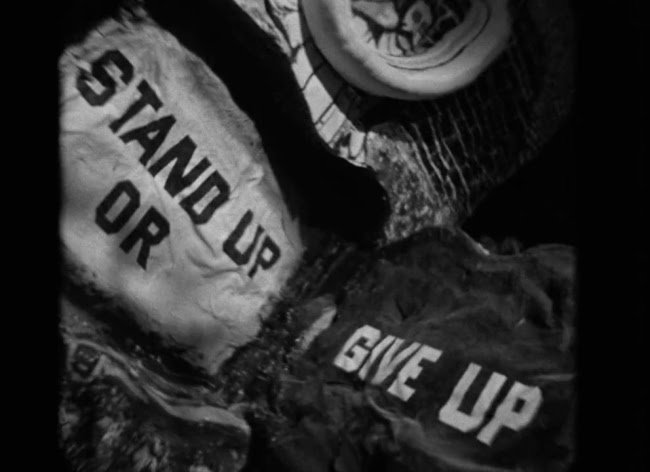 Yesterday's entry feels inadequate for discussing The Lady from Shanghai. I feel I ought to mention the film has three amazing scenes at the end, each of which would be a great climax to a film in itself. And each scene is very different. 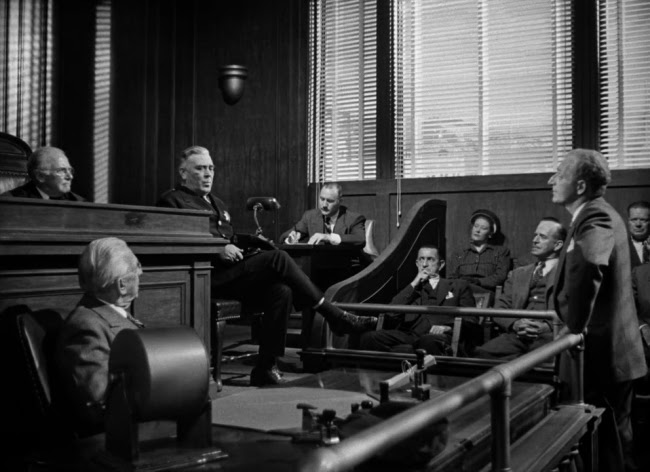 First is the courtroom scene, a wonderfully absurd barrel of humanity. Here we finally see Arthur in his element, defending Michael despite not seeming particularly impassioned about Grisby's death or Michael's well being. He's a criminal defence lawyer, it's what he does. And we see the environment of the courtroom is indeed his natural habitat because it also has no real sense of moral binding. 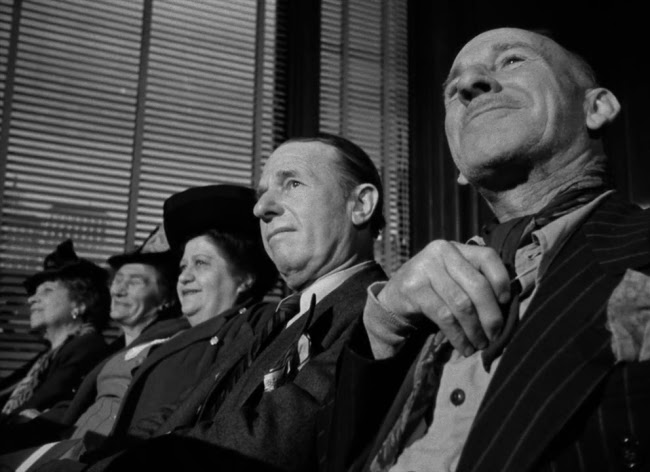 The jury and people in the audience are so diverse: people sneezing, speaking in various languages, an old lady seems proud to know right away the significance of the pills on Arthur's table. When the judge's office is wrecked later his first concern seems to be for his toppled chess set.

Almost none of the focus is actually on Michael which has the paradoxic effect of raising the tension of his plight considerably. How can he hope to get anywhere in this chaos? 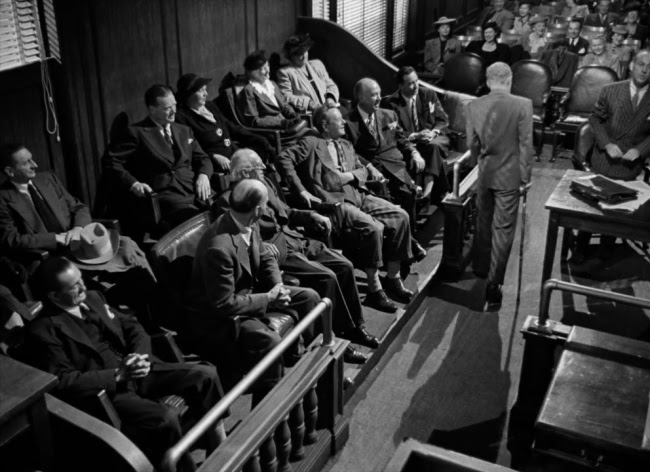 Arthur cross examining himself after he's called to the stand and the judge reflexively laughing would be at home in a good comedy but there's enough reality to it that it emphasises the bond between comedy and tragedy and the noir trap of everything seeming to be out of one's control while all actions are still one's own responsibility. 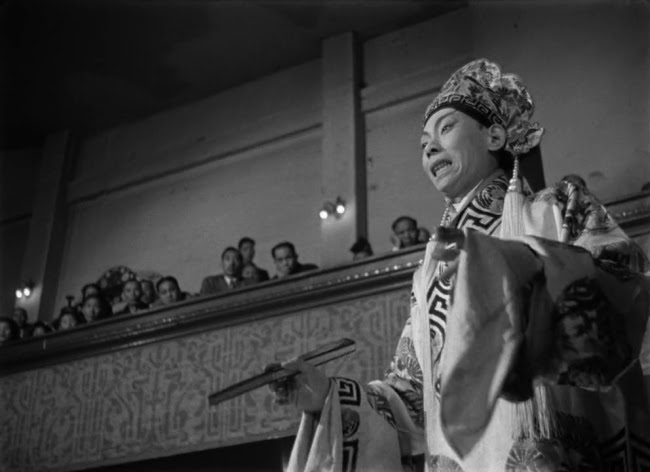 Following this, Michael ends up in Chinatown to watch a full production of a Beijing opera. In another language based on different fundamental ideas of music and aesthetics, there's here again an impression of the universe being out of one's control and out of one's understanding but filled with its own activity and logic. Michael is again a spectator while the need for him to take action--who knows what action--is urgent. 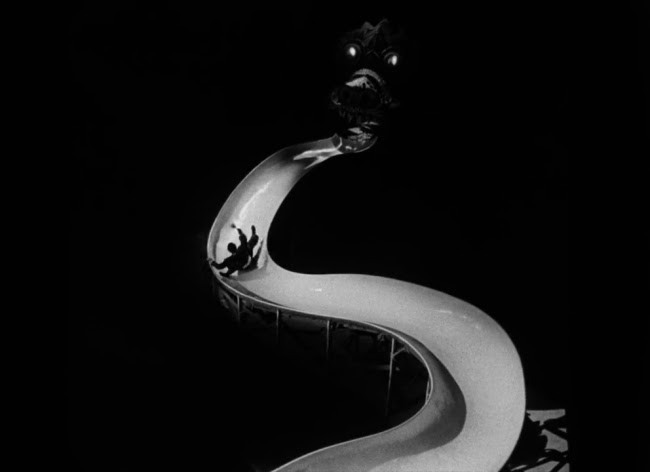 And then we get the famous finale in the funhouse. How did this movie go from New York to Acapulco to San Francisco courtroom to Chinatown to an amusement park? It's heady but natural. The funhouse scene was at least twenty minutes longer in Welles' lost original cut. But in the version we have, even before he gets to the mirrors we have surreal environments worthy of Salvador Dali and once again all of Michael's efforts to get anywhere are of dubious effect. 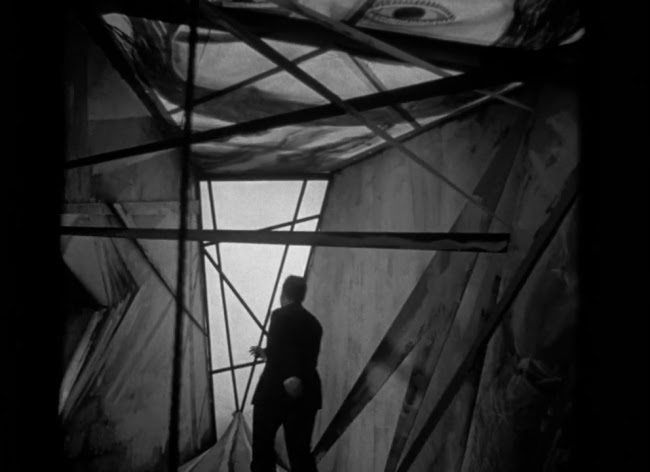