The Sex or the Crime 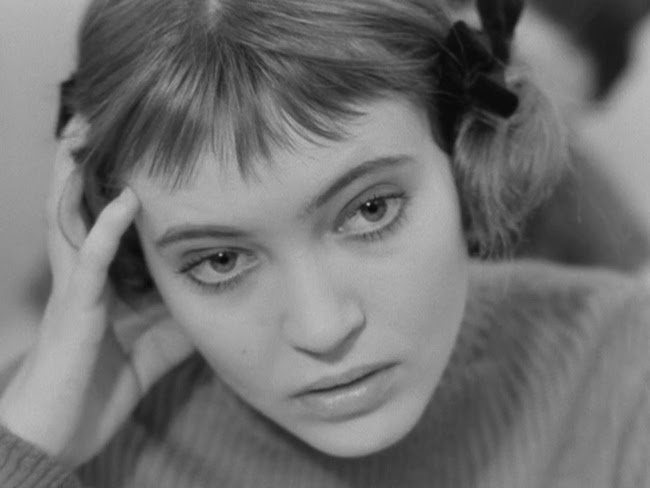 Adolescence may be described as the excitement of arranging your reality according to your fantasy and finding the unexpectedly artificial moments in sincere conversation. Or the unexpectedly sincere in the artificial. Jean-Luc Godard's 1964 film Band à part (Band of Outsiders) is perhaps the simplest and most innocent of his 1960s New Wave films. It's sweet and beautifully shot with charming performances from its leads.

Once again, Anna Karina stars though this role is very different from others she played for Godard. Instead of the cheerful stripper of Une femme est une femme or the pragmatic yet idealistic prostitute of Vivre sa vie, she plays Odile in Band à part, an innocent young woman who falls in with two young men, would-be thieves, she meets in an English class. 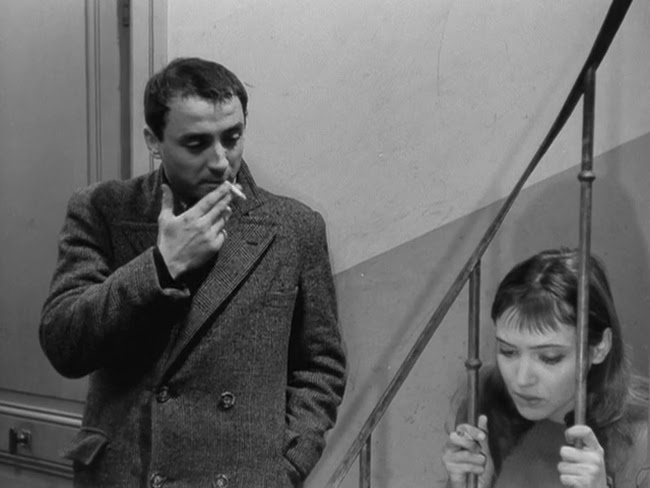 Franz (Sami Frey) and Arthur (Claude Brasseur) seem to exhibit a love for film they don't explicitly discuss. As they're going back to their car in one scene, Franz pretends to shoot Arthur who immediately switches into performance mode, giving a typical, prolonged, writhing, death scene worthy of a John Ford western. 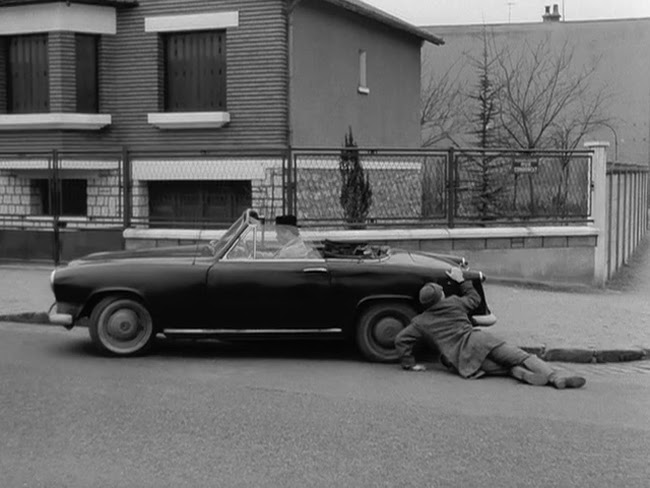 Odile mentions that a lodger in the house where she lives has a big pile of money hidden in his armoire, probably stolen, so they decide to come up with a plan to steal it themselves. Though all Odile really wants is to make out with Arthur. Karina looks constantly worried in this film and the impression you get is of a straight laced kid getting carried away with her hormone fuelled fantasy. 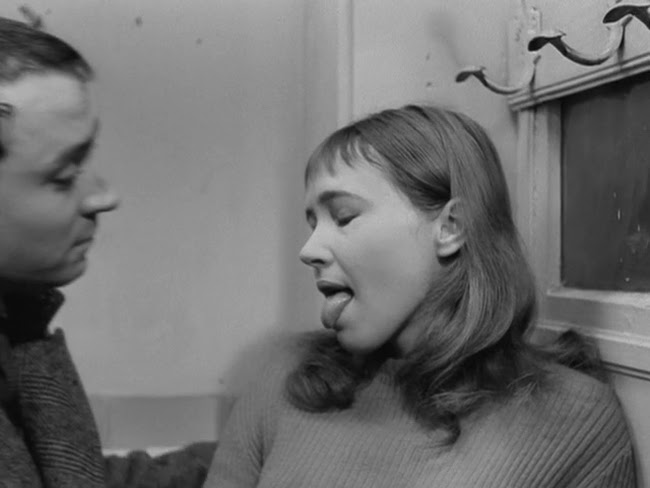 With Arthur and Franz feeling sort of like stand-ins for Godard and Truffaut, this almost feels like Godard's version of Jules et Jim but the relationships are less complex, the story more anchored to its plot. As usual, Godard deliberately draws attention to the inherently artificial, manipulative nature of film, mostly by abruptly stopping the music and sound effects, most notably in the film's famous dance scene where the three perform a complex routine while the music abruptly cuts in and out. When it's out, a narrator describes what each character is thinking and feeling. 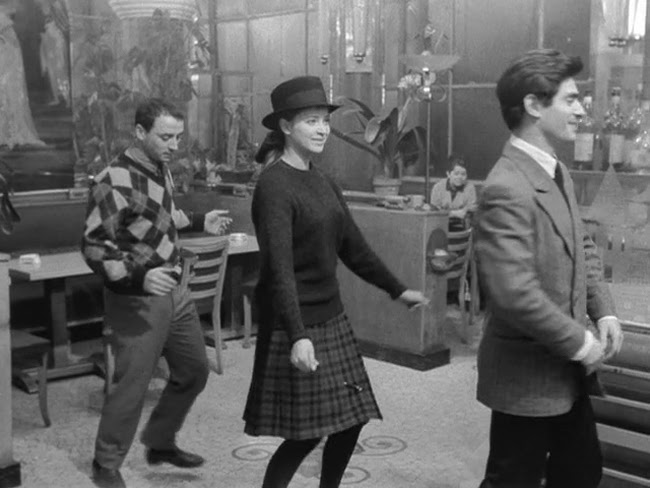 The characters feel thus very exposed as the fragile, coaxing pretext of the music has been stripped aside. Odile wonders if the boys notice her breasts under her shirt and she seems to spend a lot of time thinking about how attractive she might be while the boys are busy competing for her and plotting the crime. 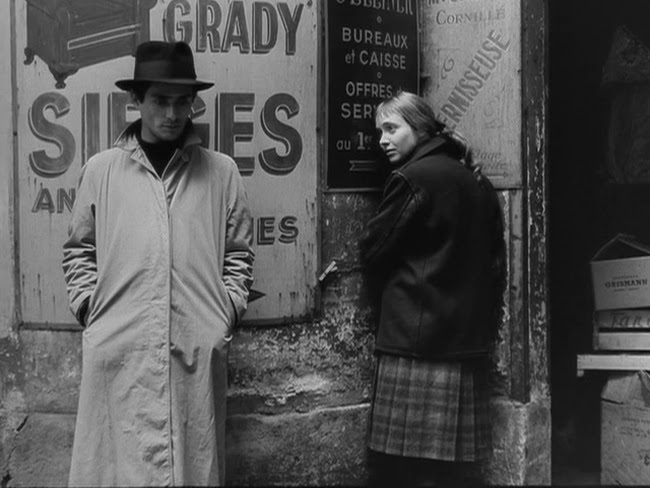 They ask her to take her stockings off and she does. They talk about how her thighs looked but what they actually wanted the stockings for was to use as masks. It's a neat encapsulation of their relationship--Odile's in it for the sex, Franz and Arthur think they're in it for the caper but also for the sex. The fantasy of the robbery is a necessary element for them to deal with their competitiveness. Only Odile seems aware of how horrible it would be to make the fantasy real.

Posted by Setsuled at 12:15 PM
Email ThisBlogThis!Share to TwitterShare to FacebookShare to Pinterest