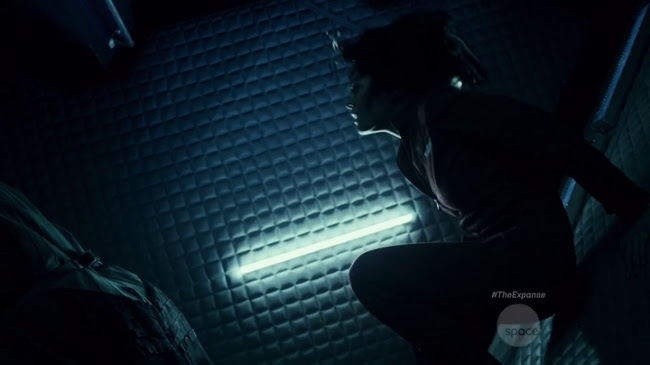 Last night's new episode of The Expanse was very good and felt oddly like a beginning despite the fact we're are nine or ten episodes in. When it began with two different kinds of recaps and a flashback I worried it might be a "recap episode" of the kind common to anime series. But instead, it was a very cool re contextualising of information from previous episodes to create a single, linear narrative for Julie Mao. Now the show feels like Twin Peaks meets Blade Runner meets Caitlin R. Kiernan.

I like how the episode had an extended theme song, too, as though to say everything before this was prologue. It has the feeling of so many disparate strands being slowly woven together until we have a more tightly focused, pulpy tale of noir heroes turned Spaghetti Western-ish heroes, beaten down by the world but still willing to fight for their dead ideals. 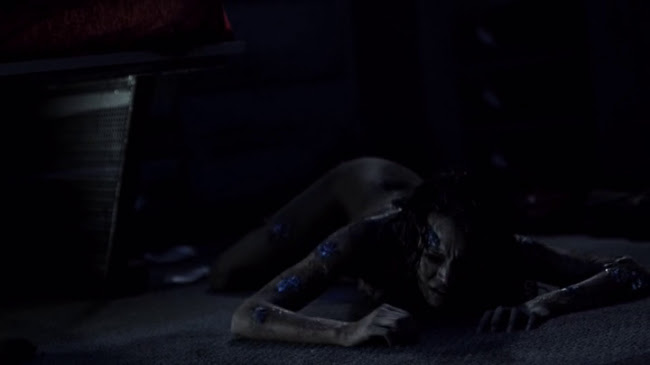 The beautiful young woman dying and transforming in the shower couldn't fail to remind me of several stories from Caitlin R. Kiernan's Sirenia Digest or the tale of Daphne in Ovid's Metamorphoses. It's appropriate then that the new story in Sirenia Digest, which I read this morning, is called "STUDY FOR AN ELECTRONAUT'S OVID".

Dedicated to David Bowie and containing several references to his lyrics, with particular stylistic influence drawn from Bowie's Outside album, this is a nice exercise in creative, futuristic lingo and biomechanical augmentation. It describes via first person narrator an underworld deal going sour conducted at a live sex show. But of course, the people on stage aren't the only ones with things like dragonfly wings or ovipositors and the tension underlying the deal takes on some distinctly Ovid subtext, combining the party of the unrequited passion with the party who, perhaps unwisely, has chosen to transform to escape.

Speaking of transformations, I'd be remiss if I didn't mention the excellent new episode of The X-Files this week. 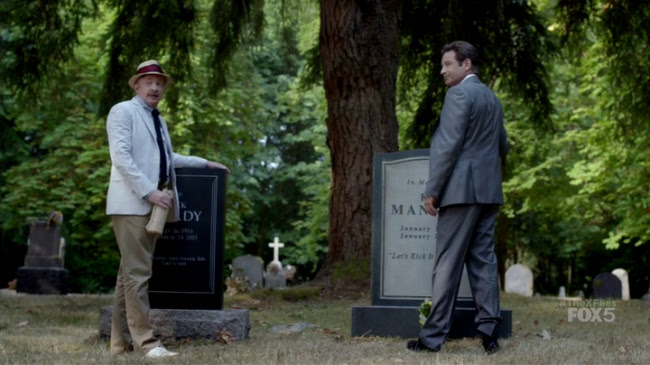 "Mulder and Scully Meet the Were-Monster" begins with Mulder starting to wonder if his pursuit of supernatural monsters isn't a childish delusion. It's a very funny episode, effectively turning expectations of werewolf stories on their heads by crafting a tale around a rather logical conclusion about them. But it's not superficial absurdity, there's a real heart to it which is crystallises when the "monster" quotes Hamlet to Mulder--"There are more things than are dreamt of in your philosophy." The point being that Mulder's sadness and frustration came from forgetting just how surprising life can be and it's not quite as simple as the monsters being "real" or "fake".

The contemplations born in cocktail swords
Can skewer eyes of gods and fake brahmin
Who pose for drinks we grant to real back gourds,
The kind caboose that's seen no kind famine.
The yam confirms what princes knew of blimps.
You only get it from a hollow crown.
If Hal could see the praises put on chimps
There'd be no change in his deserved renown.
A blue, inverted wrench returns the nuts.
In piles piping pounced on puma coats.
A row of wings connects the varied huts.
A floating eye will tow the weightless boats.
The tops of tapless fountains take the drops.
A severed fibre proved the carpet stops.

Posted by Setsuled at 11:41 AM
Email ThisBlogThis!Share to TwitterShare to FacebookShare to Pinterest