Not All the Rice is Sweet 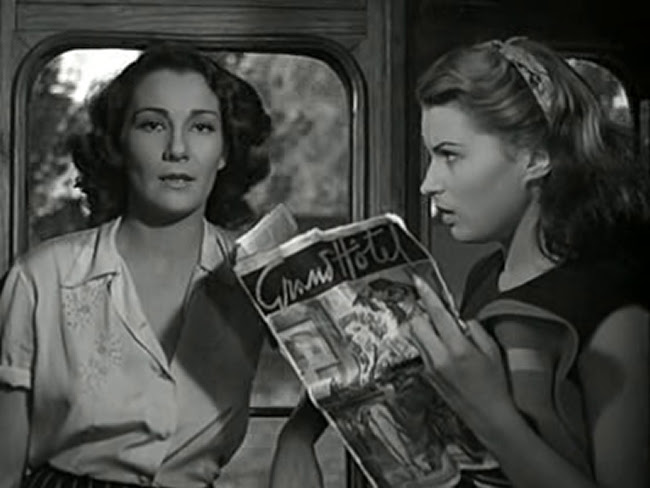 Once a crook, always a crook. This sort of thing is one of the basic, underlying philosophies of the Hays code. Though not quite spelled out, the morality in Hollywood films of the late 30s, 40s, and 50s tended not to allow a repentant criminal to live. So 1948's Bitter Rice (Riso Amaro) is a subversion of this. Made in Italy and part of the Neorealist movement, it eschews both Hollywood's morality and its philosophy of filmmaking with a movie that presents an unvarnished, beautifully realistic portrait of the women of northern Italy who sowed and harvested rice. 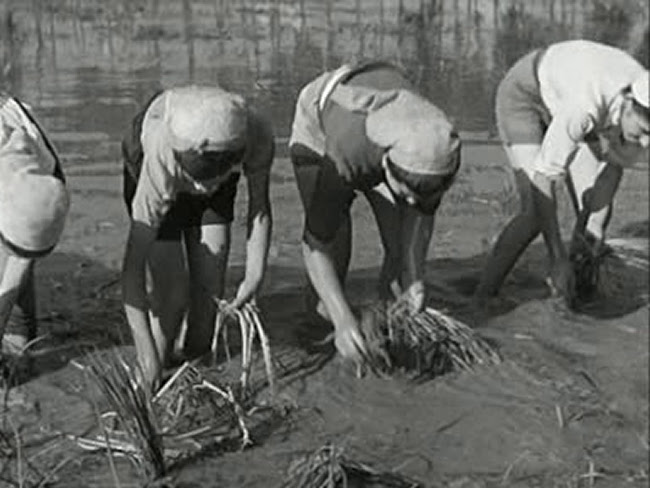 A radio announcer tells us early on that only women can do this job because it requires the same small, quick hands that handle needle and thread. Those familiar with Japanese films of the period may have been able to enlighten Italy on the the errors in this notion. But in any case, the film gives us an uncommon view of working women in the 40s that, incidentally, passes the Bechdel test, though I think people have a tendency to impute more significance to this than it deserves. Passing the Bechdel test simply means the film has at least one scene where two or more women have a conversation that's not about a man. In this case, there are plenty of conversations between women about rice. But the relationships the two female protagonists have with men are quite crucial to the plot. The film is at its heart about two men and two women and involves a gradual exchange of partners. The women in this film are the more human figures, the people who make choices, while the men represent the inflexible moral poles to which they gravitate. It's natural, then, that the men are rarely present because the women need time in between their visits to form their identities. This is, in itself, a subversion and a rather feminist one. In a movie like Out of the Past or Not as a Stranger, the women are reflections of Robert Mitchum's choices. When he's good, he's with the good girl, when he's bad, he's with the bad girl. Riso Amaro presents the opposite situation with two women in Robert Mitchum's shoes. But unlike a suddenly repentant femme fatale as in Double Indemnity or a morally compromised noir hero as in Black Angel, the underlying rules, if there are any, for who has to die for changing her mind are different and more complex.

Francesca (Doris Dowling) and Walter (Vittorio Gassman) are lovers and a pair of thieves and as Walter is trying to flee some cops who've noticed he's stolen a necklace, he begins to dance with a woman amongst a group of the field hands waiting for the train to the rice fields. This woman is Silvana (Silvana Magnano, in her first role). 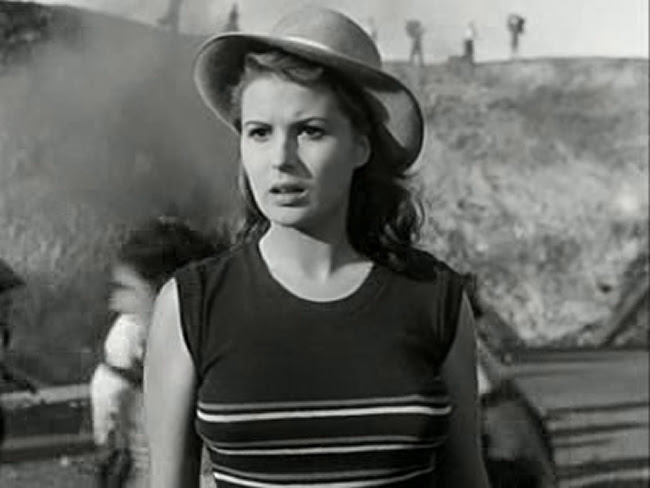 Widely considered the most beautiful and something of a leader figure, Silvana has a portable phonograph she dances to while everyone else just watches her. She's oddly glamorous for the group but takes a strong moral line when she notices Francesca, who hides among the crowd of field hands, is holding the stolen necklace. Silvana's boyfriend, Marco (Raf Vallone), is a soldier and she's mystified when he doesn't want to turn Francesca in to the authorities. 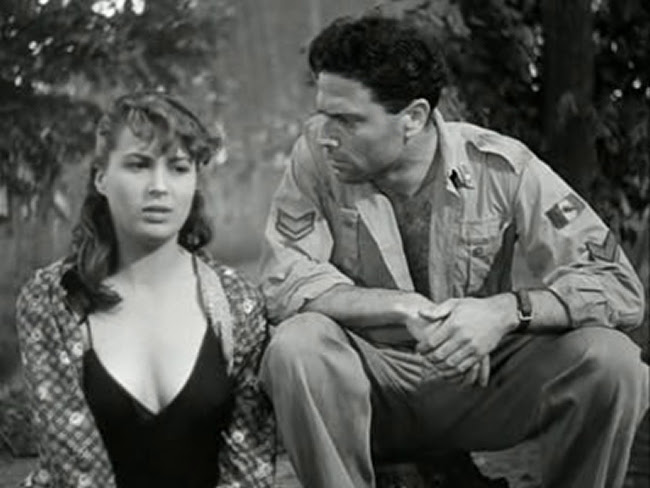 In the typical logic of the Hollywood film, Francesca might change her ways but only at the cost of her life. More likely, she'd remain a villain throughout the film. But as she starts to like the honest, hard working life in the rice fields, she finds she's just not wired like a stock movie character. Silvana is similarly not locked into the role of heroine and neither of the women are fated to stay with their respective boyfriends.

Even more than the plot, the film shows up the artificiality of Hollywood with its visuals. The on location shots of the flooded rice fields are fascinating as is watching the women's routine of planting, barefoot in rows, singing to each other conversations because they're not allowed to talk. In an environment like this, the forced moral contortions would have seemed particularly bizarre.