The Colour of Gold 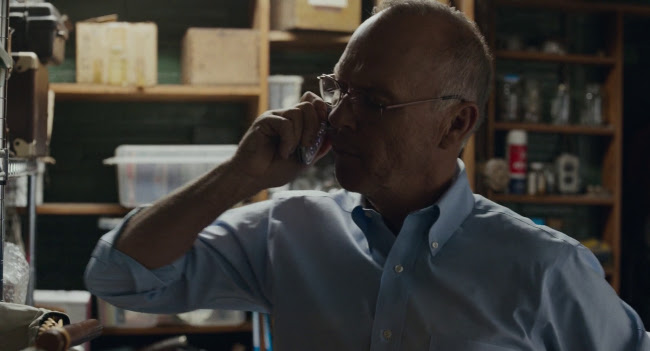 Another year, another Michael Keaton movie wins Best Picture at the Oscars. How did this happen? Michael Keaton, whose highest profile films were Tim Burton movies and 80s comedies, whose career declined into direct to DVD movies--suddenly he has the Midas touch. How foolish I was to predict Mad Max: Fury Road would win, that movie didn't have Michael Keaton at all.

I have to say, this is the most entertained by an Oscars ceremony I've been in years. It was like a ballet of awkwardness. You can smell it in the just about unanimous praise Chris Rock has received for hosting. How weird is that, just in itself? People have taken to complaining that no matter who hosts or how good a job they do they'll inevitably take abuse in every review the next day. I guess the way to the Academy's heart is calling it racist, point blank.

Every moment was packed with tension as people nervously tried to decide what was appropriate to laugh at or groan at, very often cheers and laughter came at the most awkward times, like when Leonardo DiCaprio, in his oddly flat, droning acceptance speech, started talking about how horribly humans have messed up the planet. It sounded like people were applauding climate change for a moment. I had a weird feeling that neither DiCaprio or the audience could quite hear what he was saying.

That was the win everyone saw coming. Only Heath Ledger was more of a shoe-in. DiCaprio is a great actor. I didn't see The Revenant but he certainly deserves recognition for What's Eating Gilbert Grape?, Shutter Island, and The Departed. I was tremendously happy to see Ennio Morricone win even though that was also clearly an "owed" win. He didn't even compose a complete score for Hateful Eight and it's hardly the best of his career, as good as it is.

I was happy Mad Max won so many awards. I guess it was an ode to Mad Max that the pit orchestra played winners off-stage with "Ride of the Valkyries", due to all the references to Norse mythology in the movie. Though I was nursing a theory that there was a hidden Nazi agenda at this year's Oscars. Let me show you the pieces:

1. My German friend Ada recently told me that "88" is code for "Heil Hitler". This was the 88th Academy Awards.

2. All the nominees were white.

3. Dave Grohl performed "Blackbird" during the in memoriam, a song written by Paul McCartney about black civil rights battles in the 60s.

4. The Nazis loved Wagner (who composed "Ride of the Valkyries").

5. The audience cheered when Chris Rock called them racists.

So after the show I watched Spotlight, a movie I hadn't even heard of before last night. It's good. Not as good as Mad Max: Fury Road. Hell, it's not as good as my favourite movie of last year, Crimson Peak, which not only wasn't nominated for costumes or production design--two categories where it was head and shoulders superior--it wasn't even shown in the clips of a million lousy movies no-one saw. Spotlight wasn't a contender for Best Costume though I was struck by how everyone in the movie managed to coordinate their neck ties well with their shirts and coats. 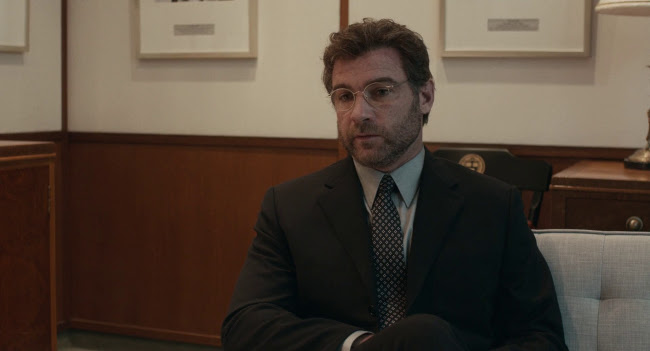 It's a very simple film. It's all adults in offices in office attire the whole movie. Mark Ruffalo has a conspicuously "Oscar Clip" scene where he screams about paedophile priests which was indeed used as a clip at the Oscars. Despite the subject matter, which has curiously drawn praise from the Catholic church which, publicly, anyway, has been eager to admit and atone for its sins, the movie is really about journalism. 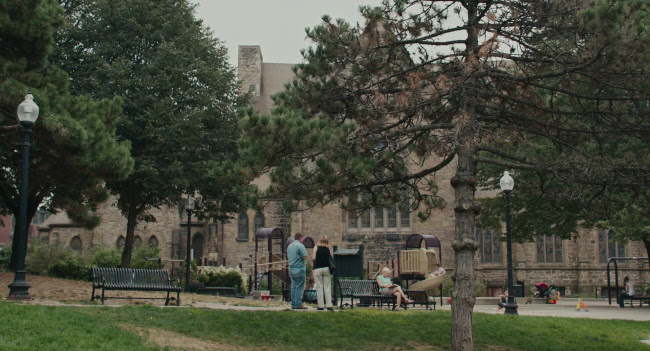 We get to meet Cardinal Law (Len Cariou), the highest level Church official involved in the cover ups in Boston, and we see a few priests briefly but the movie doesn't spend any time examining priests, Catholicism, or really the feelings of individual believers. The movie is a procedural, an interesting portrayal of the basic ins and outs of doing a piece of investigative journalism. Mike (Ruffalo) has trouble getting to see a lawyer named Garabedian (Stanley Tuccy) who has sealed documents which reveal the names of priests guilty of abuse. This is despite the fact that Garabedian wants to help the journalists expose the story--it's just that he's worried the Church is watching him so he has to tip off Mike on the sly that the sealed documents are made public as part of a motion, technically. It's nice to see Tucci's talent put to better use than it is in the Transformers movies as he sits down and explains to Mike the interesting legalistic labyrinth they must traverse from opposite ends. 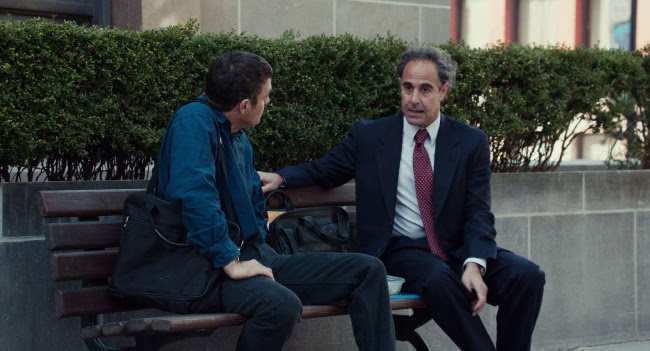 We meet a few of the victims but mostly the focus is on the journalist and how a journalist deals with meeting victims like this, what rules of confidentiality they need to follow, than on the experience of being a victim of sexual assault. One of the journalists, Sacha (Rachel McAdams), confronts a priest who bizarrely explains that there's an important distinction about the assaults he perpetrated because he never really enjoyed committing these crimes. The movie stops short of exploring this fertile psychological territory because it's not within the scope of the story the film sets out to tell. Which is part of what makes this just an okay film and not really a great one. Ambition like that tends to scare away Oscar voters, anyway, at least for the first twenty or thirty years of your career.