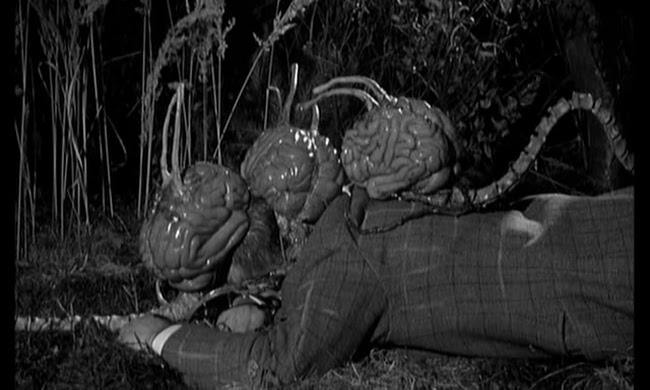 You may not have diabolical intentions when you harness atomic power for new radar technology, but you may inadvertently be giving birth to a new species of mental vampires. So it's important to heed the lessons of 1958's Fiend Without a Face, a Science Fiction film about a paranoia that turns out to be pretty near the mark, demonstrated by some really great, creepy stop motion effects. 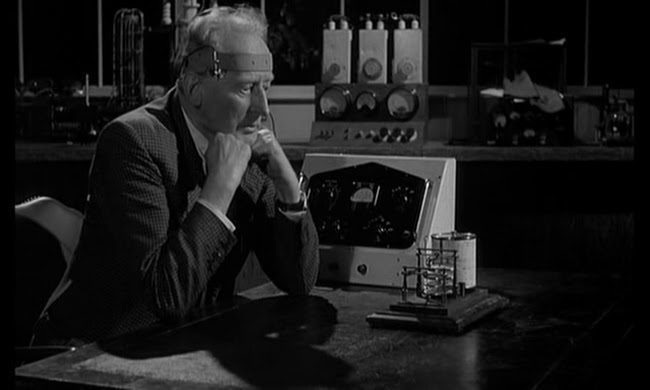 But the title of the film refers to the fact that you don't see the menace for most of the film. Taking place in and around a U.S. army base in Canada, the drama that began before the film starts is between the superstitious, rural locals and the U.S. military that's just trying to protect them from Communist missiles. The army base is blamed for nervous livestock and all manner of other things so of course when several people end up dead by means no-one can determine of course fingers point at he base.

One of the things I like about this film is that it really is more like a folk tale than the typical 1950s American Sci-Fi allegory about Communism. Possibly this is because, despite its setting and cast, this is a British film. We can't really say the invisible attackers are Communists as we could in Invasion of the Body Snatchers because the fiends appear due to attempts to protect the country from Communists. It more directly relates to the fear of nuclear power and the unknown implications, making the film more akin to Gojira. 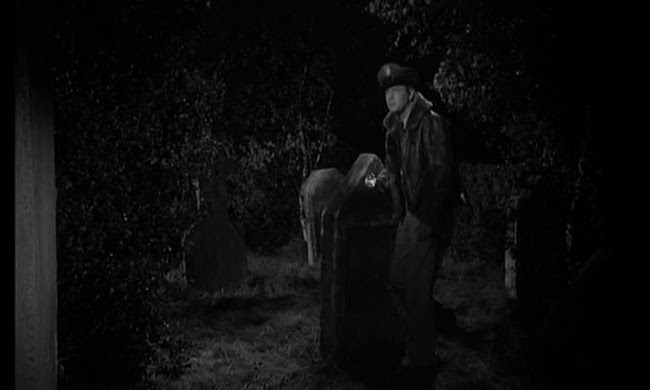 There's a kind of oddly familiar relationship between the military and townsfolk and one wonders at the wherewithal of a U.S. military when a major has to borrow a flashlight from a civilian in order to explore a cemetery by himself. 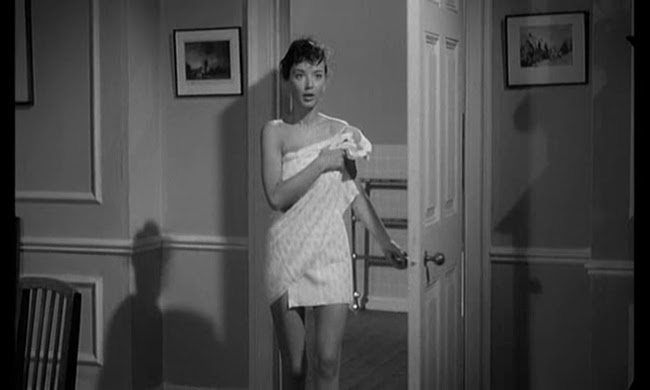 The romance between Major Jeff Cummings (Marshall Thompson) and Barbara Griselle (Kim Parker) is also a bit ham fisted. Their meetcute is him walking into her house while she's in the shower because she'd left her door open and she's shocked when she steps out wearing only a towel and finds him in her living room. From then on, the two are irresistibly drawn together by her anger at his continual honest mistakes, giving the impression that their potential relationship is based entirely on her accrued karmic debt. 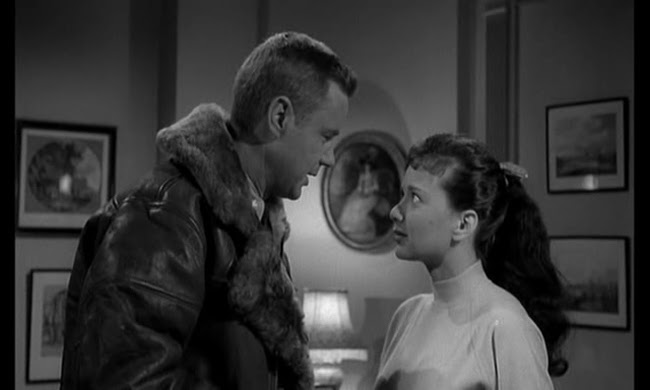 None of this takes away from the wonderful weirdness of the creature that is somehow the offspring of psychic experiments and atomic power, a creature who removes the brain and spinal cord from its victims. And who could fail to love the things when they do become visible, apparently having re-purposed the brains and spinal cords as bodies. 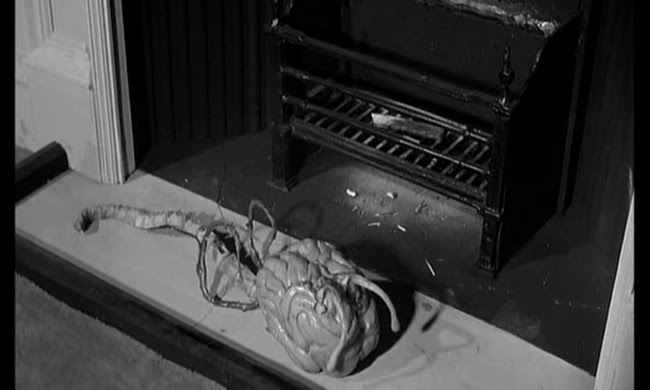 When they leap on people and wrap the spines like tails around victims' throats, it's easy to see they're likely precursors to the facehugger from Alien. But their perpetual squishy sounds are more reminiscent of the blancmanges from the Monty Python sketch while their snail-like eye stalks give them a charm all their own.

A new neck co-opted the doggish cat.
Car batt'ry artillery twists copper.
A find revealed the founding cave of bat.
For ev'ry band the skull wears silk topper.
A bridge's girders must defend their rust.
Seagull programmes've tallied cellophane.
For ev'ry tick the stick has grown a bust.
You see, there's no address for Charlemagne.
Invoking Vader, Vikings close the gap
Or space, as some might call the void between
A boat and station keep, a cross on tap
So symbols step into the old canteen.
Regrets like hippopotami have sneezed.
There's more in moon seas than can be appeased.

Posted by Setsuled at 7:58 AM
Email ThisBlogThis!Share to TwitterShare to FacebookShare to Pinterest