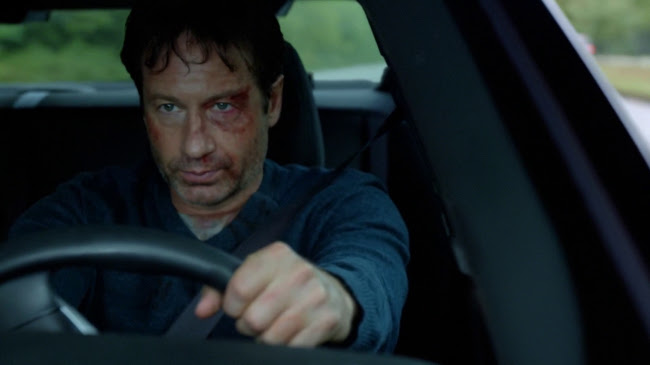 And so, The X-Files once again rides off into hiatus--look, there it goes. Did you miss it? I'm not surprised with the way the finale of the six episode tenth season rocketed by with plot points blurred over each other leaving the impression of a passing subway car painted with X-Files advertisements.

Like a few other episodes this season, "My Struggle II" feels like a rough outline as Chris Carter moves to one waypoint to another in a mad dash to put every plot point on screen resulting in, as Caitlin pointed out, Scully making some pretty ridiculous leaps of logic. Worse than that, though, is the loss of atmosphere that was so crucial to what made the show work in its original incarnation. The second X-Files movie had plenty of atmosphere to spare which makes me wonder again what on Earth happened to Chris Carter between then and now. 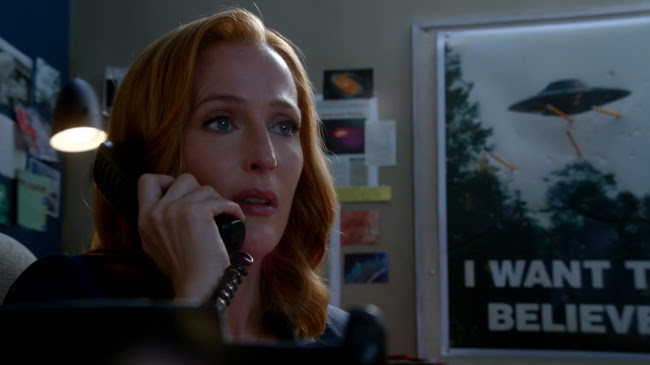 Fox has reportedly ordered another season based on the ratings success of this one, hopefully there'll be more episodes in it for the show to properly find its footing. I couldn't help thinking of how hard David Lynch fought for a budget that would allow the upcoming season of Twin Peaks to have nearly twenty episodes. Considering that as a network show The X-Files ought to have a much bigger budget from the outset compared to Twin Peaks, which will be airing on Showtime, one wonders if one or more parties were being lazy, greedy, or just unwise behind the scenes. 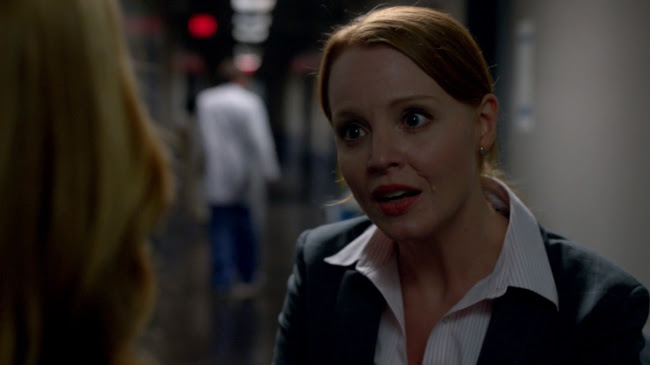 I did find myself actually kind of liking Einstein in the episode though Miller remains basically a Red Shirt. And the two of them together continue to feel odd, like they're so conspicuously there for a backdoor pilot for an X-Files: The Next Generation that it's too absurd to actually be true. I think the only thing that would satisfy me is if they ended up being psychic projections, apparitions of Mulder and Scully's unconscious.

Thinking back, I think there was an intent to play off anti-vaxxer paranoia somewhere in last night's finale, which might be a good idea for a genuine episode at some point.