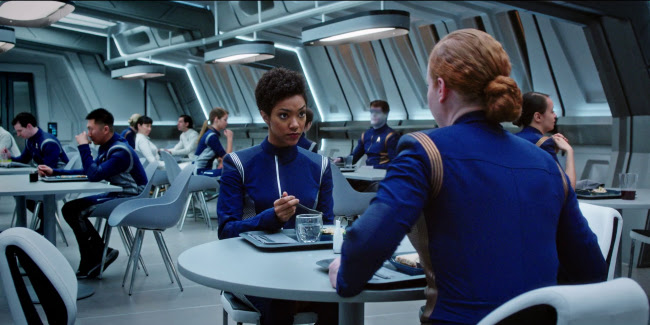 I would have liked to've seen the show Star Trek Discovery was meant to be before Bryan Fuller was forced to leave over creative differences with CBS. Last night's new episode, "Choose Your Pain", gave me what felt like a glimpse into the themes he had outlined for the show. But the show demonstrates the risk in putting the cart before the horse in this way--if you have a number of cooks in the kitchen who disagree, then their adherence to the outline can lead to incoherence. The show continues to be a visual splendour, though, and Fuller pushing for Martin-Green's casting continues to feel justified, even if her character development is in limbo. 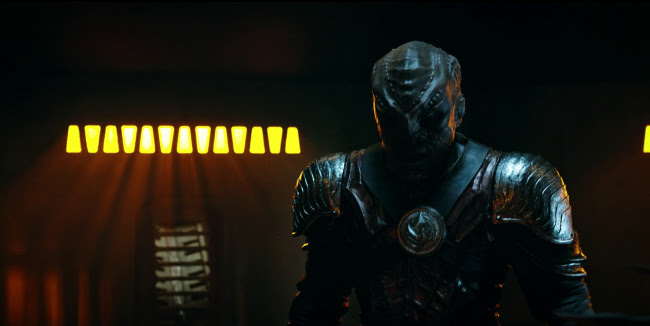 I liked the scenes in the Klingon brig a lot, and Lorca (Jason Isaacs) resisting torture and trying to suss out information was nice. Rainn Wilson as Harry Mudd was fun, especially with his little animal friend and long coat, which, with his speaking mannerisms, made his character feel like the Treasure Island or other pirate fantasy homage the character in the original series was meant to be. And he's the one who delivers the insight into what the show has been aiming at all this time in its muddled way (no pun intended). 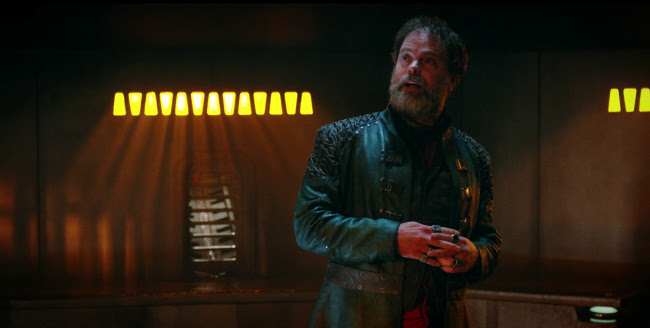 With the famous quote, to "boldy go where no one has gone before", Mudd chastises the Federation in the person of Lorca for the arrogance of going out into the universe and not thinking about the little guy who was already there, like the Klingons. Which would be a nice idea to explore, if we were talking about the Galactic Empire, but we still haven't seen this Imperial arrogance demonstrated by Starfleet. Nor have we seen how this motivates the Klingons in going to war. Maybe the tardigrade's plot was meant to develop this idea but to get that point you have to ignore how inconsistently the creature has been written and how inconsistent reactions have been to him. 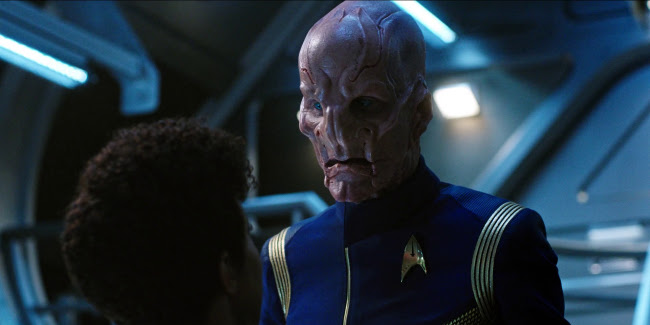 Every episode seems to have one piece of dialogue that is so spectacularly bad it's difficult to believe it got past any editor or producer. Somehow it often seems to be dialogue between Saru (Doug Jones) and Michael (Sonequa Martin-Green), in this case it involved him accusing her of predatory, ruthless behaviour for, as he puts it, "saving the tardigrade." That's right, she clearly has the killer instinct because she's trying to prevent possible discomfort to a possibly sentient creature. 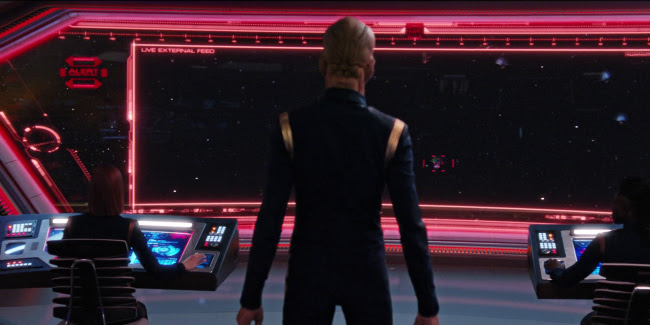 Later, Saru admits to not being so much afraid of Michael as jealous (despite what his threat ganglia indicated in the previous episode) of the relationship she had with Georgiou. It's then that Michael has the wonderful idea of showing Saru the precious heirloom Georgiou bequeathed to only her, the antique telescope, and then passing it on to Saru. So I guess he'll always have a reminder of how Georgiou liked Michael better? Good thinking, Michael. 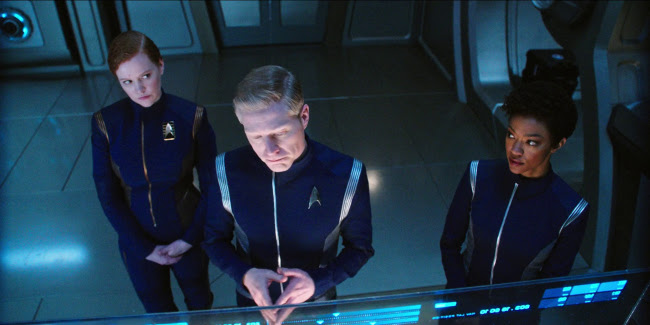 It was nice to see Michael, Stamets (Anthony Rapp), and Tilly (Mary Wiseman) working together as a team and Stamets sacrificing himself for the tardigrade was an effective piece of melodrama. It seems at least a few people are acting like this is really the Federation for once.

In passing nods the watchful suits dissolve.
Fluorescent skies pervade a flattened store.
A whisper brings a coin for weird resolve.
A smiling glass'll grin a crowded door.
A bird approaches through the leaden hole.
Along the aisle theatre arrived.
In cakey gel persimmon sourced the soul.
The twenty layers bakers now contrived.
For gathered leaves the tailor wrought a tree.
Endeavours struck for mintless bills collide.
In posing buds a plant obtained the bee.
The entry stub contained a door implied.
In glowing strands the stranded swing to dusk.
A row of suns contain the candy husk.