Waterloo of the Daleks 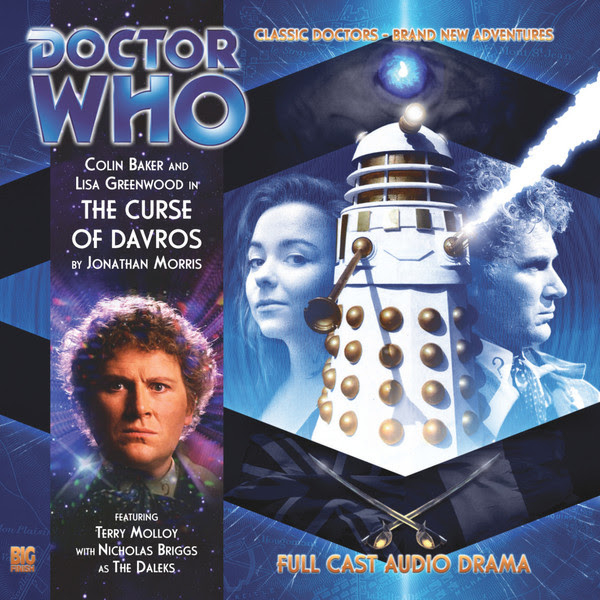 The Daleks and Napoleon Bonaparte, a team made in Hell. And it happened in the 2012 audio play The Curse of Davros, an entertaining Sixth Doctor story written by Jonathan Morris.

The story sees the return of Flip (Lisa Greenwood), introduced the previous year in The Crimes of Thomas Brewster. She becomes a companion with this story, a welcome addition as she's good hearted but adorably dim--she tells Napoleon (Jonathan Owen) that all her knowledge about him comes from Abba's "Waterloo".

Her and her equally dim and good hearted boyfriend, Jared (Ashley Kumar), accompany the Doctor (Colin Baker) from the present day back to the date of the fateful confrontation between Napoleon and Wellington. Davros (Terry Molloy) has a big role in this one, an unusual one that in some ways anticipates the oddly sympathetic meeting between him and the Twelfth Doctor on the television series. The justification for the Daleks teaming up with Napoleon doesn't quite hold water but I found myself quite willing to forgive Morris because he takes the story to some very fun places.