The Heart's Many Angles 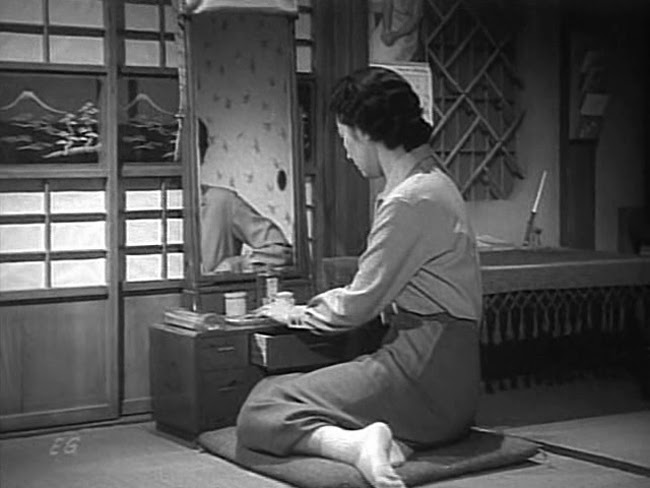 The danger in diagnosing the problems in any relationship is that there are inevitably so many unseen complicating factors. But in the films of Mikio Naruse, you can be sure money is a big part of it, as it is in his 1956 film A Wife's Heart (妻の心). The tale of a woman who finds herself suddenly dissatisfied in a previously contented marriage, it could be called a retread of Naruse's better, and better known, film Meshi. But a Wife's Heart is a little more complicated and a little gentler. Filled with good performances, it's another showcase for Naruse's talent for subtly sewing drama and relationships through editing and composition. 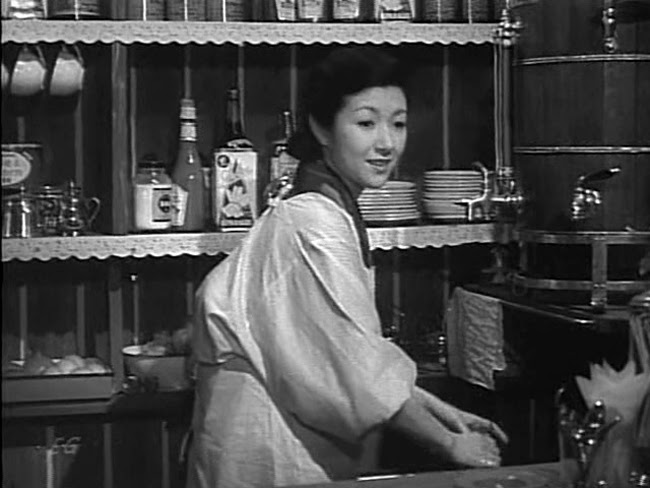 Hideko Takamine plays Kiyoko, a young woman whose husband, Shinji (Keiju Kobayashi), inherited a convenience store from his mother (Eiko Miyoshi) and the three of them now live in a nice house behind the store. Shinji inherited the property despite being the younger brother of Zenichi (Minoru Chiaki) who left home to work for a company. But when Zenichi's wife and child come to stay for a visit, Kiyoko and Shinji are surprised when Zenichi joins them and the whole family ends up staying indefinitely. 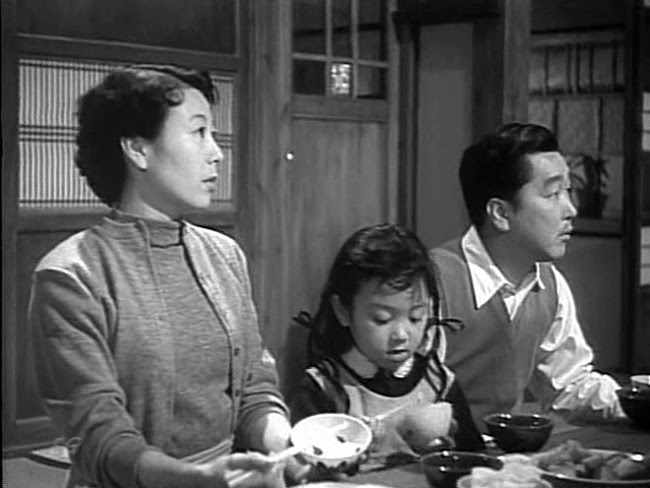 Kiyoko and Shinji are in the early stages of opening a cafe. Kiyoko goes to a good friend whose brother Kiyoko arranges to meet with, a bank manager named Kenkichi played by none other than Toshiro Mifune. 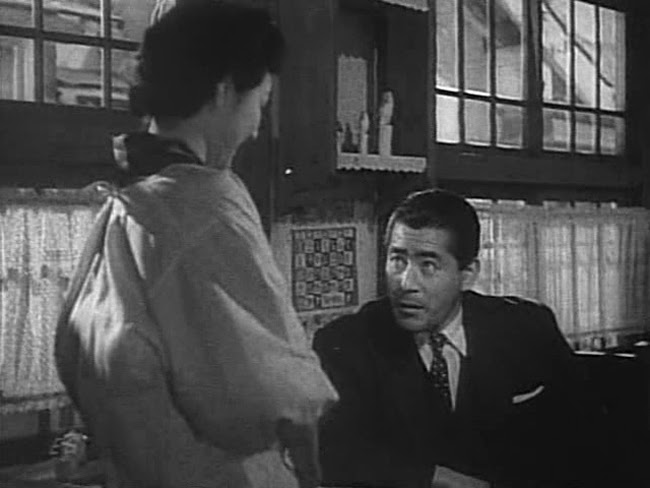 I think this is the first time I've seen Mifune in a Naruse movie and he sure sticks out. I suddenly found myself noticing how extraordinarily deep his voice his, how physically large he is, things I just take for granted when I see him in Kurosawa films. His part isn't so big in this movie but it's crucial. He happily loans Kiyoko money for the cafe and daily starts to get his lunch at the cafe where Kiyoko's learning to cook and wait tables. Meanwhile, Zenichi is suddenly asking for a loan from Shinji to start his own cafe on the other side of town and their mother is pressuring Shinji to grant it. With all the stress he's under, Shinji starts to spend more and more time drinking with a couple geisha. 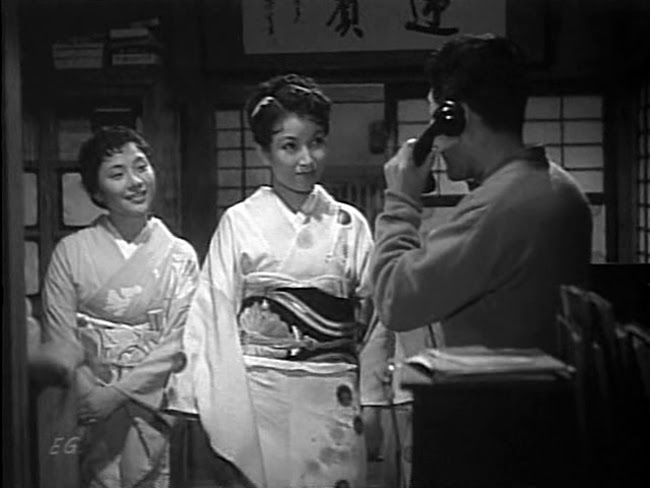 It's subtly indicated that Kiyoko has a better head for finances than her husband--he has a tendency to go to her advice and both use rhetorical gymnastics to get around acknowledging the fact that the wife is telling the husband what to do with the money. Rather than anyone ever directly stating it, it's clear Kiyoko is drawn to the bigger than life, happy and confident bank manager over her insecure and malleable husband. Like Meshi, it's clear that the wife's strength is more responsible for holding up the family than the husband's. 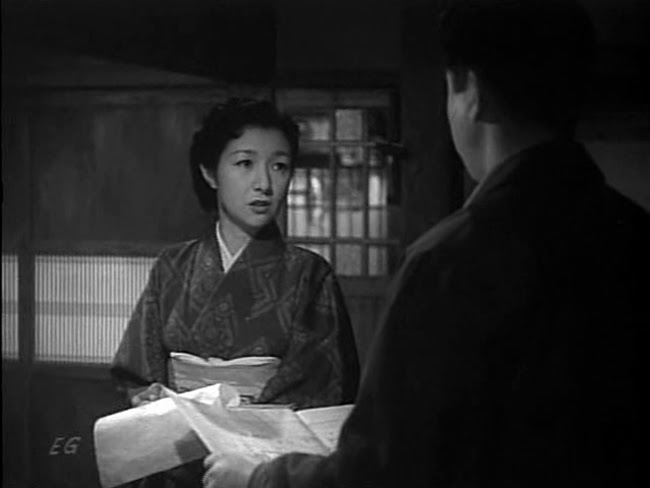 Aside from one scene involving a suicide, the film isn't as dark as Meshi, or most of Naruse's films. A Wife's Heart is less about the feeling that an unstoppable doom is descending and more about the mysteries of paths not taken and the effects of unexpected complications. It's exciting seeing Mifune and Takamine together, I would have liked to have seen them paired in more movies.

Posted by Setsuled at 12:19 PM
Email ThisBlogThis!Share to TwitterShare to FacebookShare to Pinterest