She has the Blood of Reptile 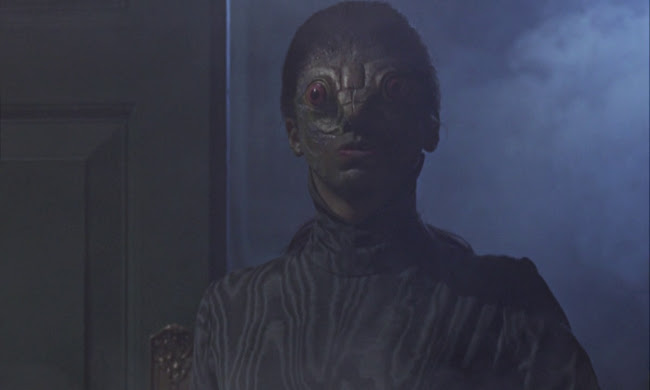 For all the wonderful things about them, one can't ignore the inherent chauvinism that often turns up in Hammer horror films. Usually it manifests in a female protagonist who likes to wander naively into dangerous situations wearing negligee but sometimes, as in 1966's The Reptile, there's a little more too it than that. With the emphasis on "man" in the old concept of "white man's burden", the film follows in a tradition of horror fiction where a white man has been overwhelmed by a devilish foreign power and brought it back home with him to England. And like many such stories, The Reptile is concerned with how that foreign power has usurped the white man's perceived custody of women's bodies. As with the original novels of Dracula or The Beetle, one can appreciate the film's manifestation of the complex irrational anxiety provoked by such conceptions of obligation but the characters here are dim shadows of the more complex ones crafted by Stoker. 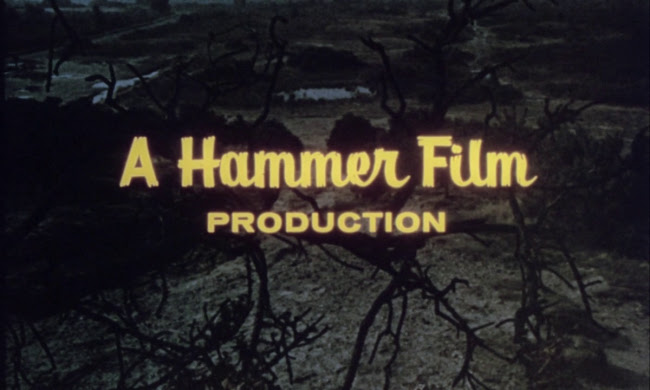 The film has some lovely visuals, opening with gnarled tree limbs over gloomy landscape. It uses many sets and locations seen in Plague of Zombies, released the same year, including this backlot set. 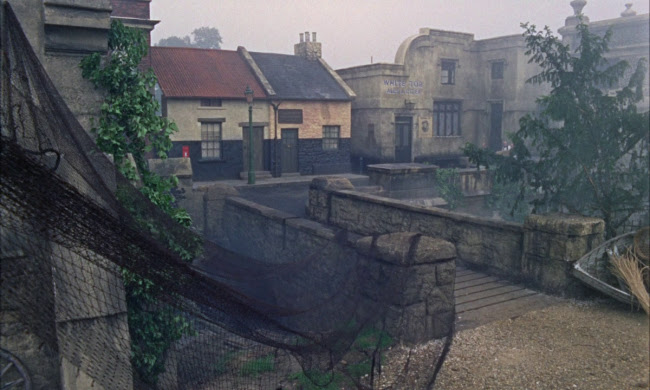 I'm pretty sure I can see the edge of the facade of that row of buildings.

Ray Barrett and Jennifer Daniel play Harry and Valerie Spalding, a newly married couple who've arrived in town following the death of Harry's brother. They plan to move into the dead man's cottage despite sullen, mysterious discouragement from the townsfolk. Harry carries Valerie over the threshold to find all the furniture is wrecked. 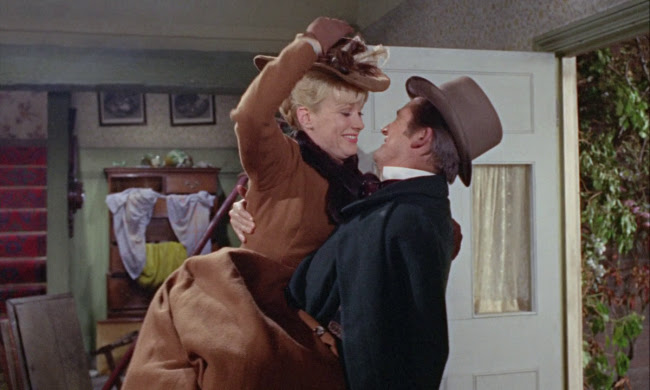 Jennifer Daniel played one half of the gerbil couple I talked about a few days ago in Kiss of the Vampire and she's basically as flatly innocent and guileless here. But while she was matched with a man equally sheeplike in the earlier film, here she's paired with the worldlier Harry, a retired soldier who's had experiences in India, something that will come into play later. 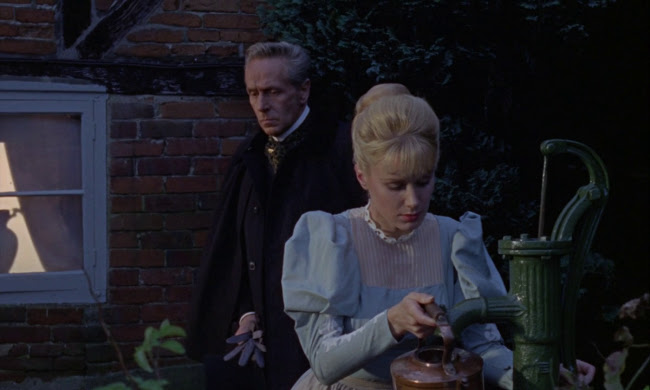 Noel Willman, who played the head vampire in Kiss of the Vampire, here plays the mysterious Dr. Franklyn, owner of the nearby manor house; he's in the traditional place of authority in England but implicitly deprived of those powers. He's also unable to control his daughter, Anna (Jacqueline Pearce), whom he's furiously searching for when he first sneaks up on Valerie. 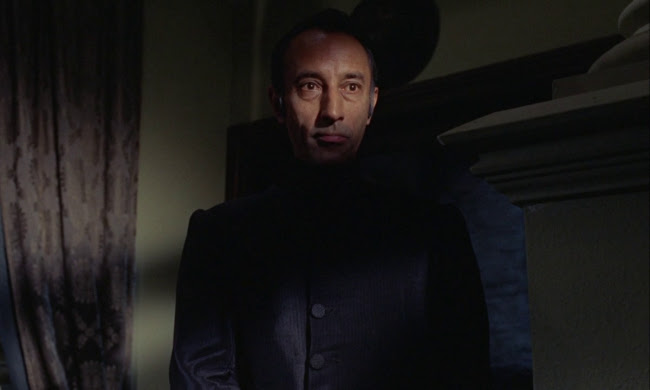 There's some hint that Franklyn may be the villain but it becomes increasingly clear that his manservant, credited as "The Malay" (James Marne Kumar Maitland), has some kind of power over him. When we finally meet Anna, Valerie finds her inside the cottage, filling it with flowers. 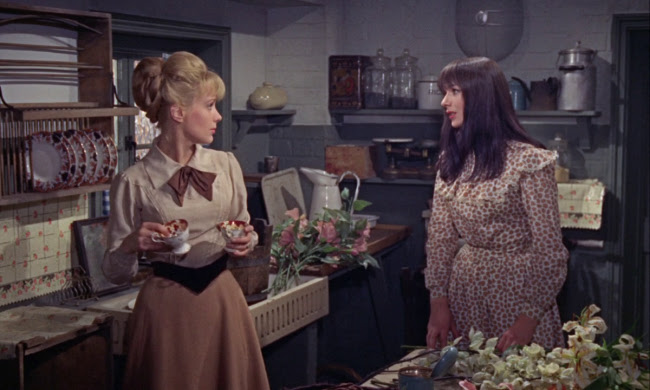 Right from the start, Anna is overstepping the boundaries of the civilised world to introduce a riot of organic material where it doesn't belong. And as the film progresses, it's clear that the strange powers and needs of her body are a big problem. And it's a problem related to Franklyn's loss of control, something that's played out by the actors in a not entirely subtle exchange of looks when Anna defiantly plays a sitar while Franklyn tries to maintain an attitude of cool authority in his armchair. 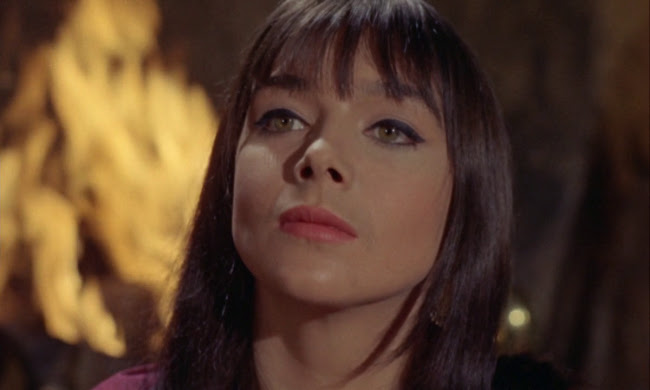 Eventually, Valerie follows her destiny as a common Hammer female lead and sneaks into the house with no apparent strategy in mind, apparently drawn there just to get captured. The conclusion of the film presents less of a clear cut villain versus hero scenario than usual because all of the tension is based on responsibility and victimhood. Pearce does a nice job in her role but one wishes her character could have pushed a little more against the ideas at play, something Ingrid Pitt does more effectively a few years later in The Vampire Lovers.