Crystals versus the Snake Demon

The past couple weeks, I've been rewatching Kinda and Snakedance, the two Doctor Who serials written by Christopher Bailey about the snake demon, Mara. Apparently based on a demon in Buddhism of the same name, the creature is a figure in two different cultural imaginations in these two serials which are even better than I remember. 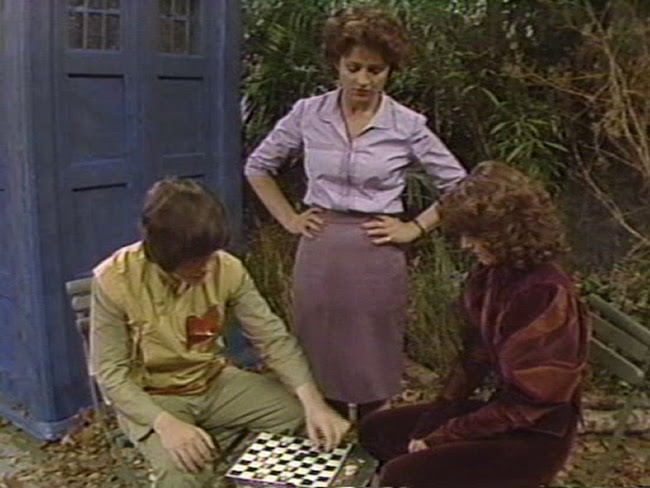 This is despite the presence of Adric (Matthew Waterhouse) in Kinda. I still feel like the dialogue between Adric and the Doctor (Peter Davison) about magic tricks must have been swapped by the actors--it doesn't make sense that the Doctor would have forgotten the magic tricks he performed in his third incarnation and it really doesn't make sense for Adric to get one over on the Doctor. Fortunately he's not too obtrusive. 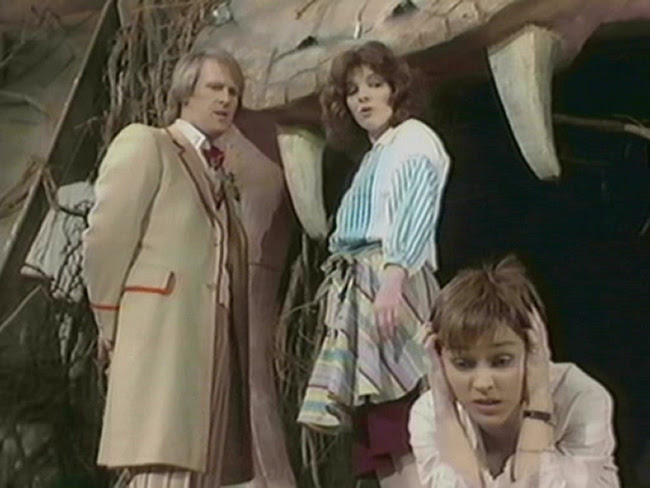 Magic and trickery feature again in Snakedance in a different context--the Doctor, Nyssa (Sarah Sutton), and Tegan (Janet Fielding) show up in the middle of some kind of carnival in commemoration of a defeat of the Mara hundreds of years earlier. There's a fortune teller with a crystal ball and a fun house mirror maze--both eventually giving visions of the Mara in the form of some kind of animal skull. 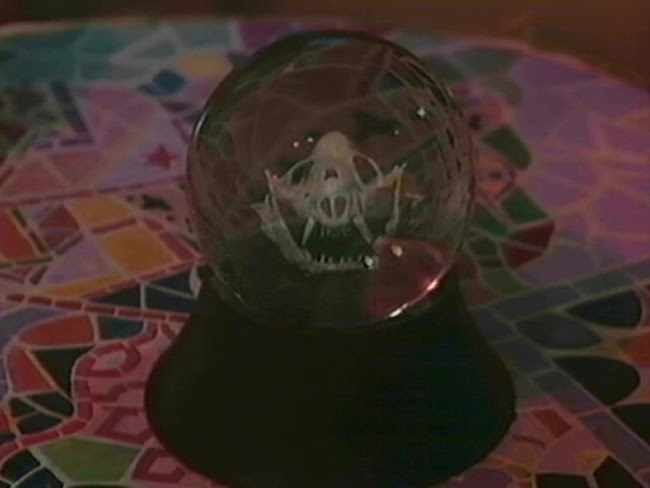 When Tegan finds herself facing the Mara in the fun house, the demon having laid dormant in her since Kinda, she's puzzled why mirrors don't banish the creature as they did in the first serial's conclusion. It makes sense, though, as in that case the Mara could only reflect on itself being surrounded by mirrors, but naturally it thrives on distorting the self-reflection of others. That seems clear in Tegan's first dream sequence in Kinda where the Mara divides her personality into two.

Neither is a "false Tegan" and, indeed, they both start to cooperate, trying to figure out how to escape. By thwarting them, the Mara disrupts the basic act or state of self-awareness.

Kinda is also reminiscent of Heart of Darkness with its wouldbe colonists, who come off as very Victorian, being driven mad just by coming into contact with a "primitive" people who live and communicate in ways totally alien and yet deeply familiar. The snake, Mara, being the only one among the natives who can talk brings to mind the snake's extraordinary ability to speak in Genesis (something Milton has Eve remark upon at length in Paradise Lost). The Kinda, the native people, seem innocent in their muteness, but this makes them sinister to the colonists who, like so many colonists who lost their minds in other such stories, fill the void in their understanding with a distorted reflection of self. 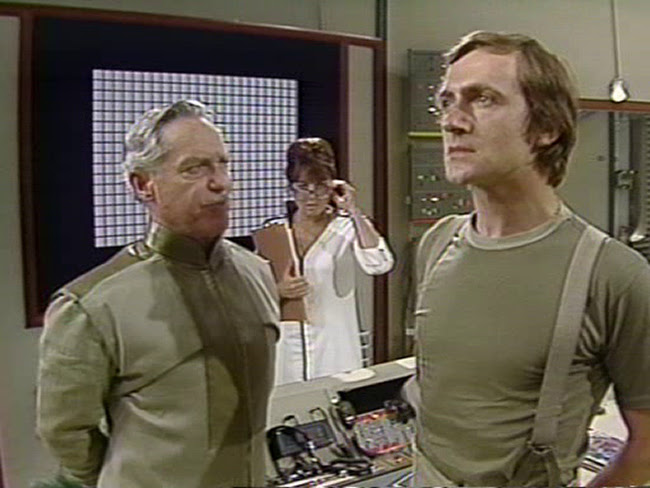 Bailey's two television stories show two cultures interpreting the same demon. Snakedance features a civilisation that seems to be a blend of ancient Rome and Renaissance Europe where the Mara is easily able to take control. Faith in their ability to reason has blinded the rulers and the museum curator to the danger the Mara represents--they've come to believe the demon's only a myth. The museum curator and the proprietor of the fun house quickly become the Mara's servants because both are committed to something they don't believe is real. Poor Tegan, though she's certainly fashion forward in that romper in Snakedance. I miss Nyssa's velvety dress from Keeper of Traken, though I hated the pants version of it. But her weird blue stripey blouse is breezier and makes her seem less like a kid. Peter Davison is good as always, particularly in the climax of Snakedance.

Reversing sounds of gongs remade the sting.
Advice is dripping in through helmet hair.
In dashes Morse encoded on the string.
The pearls direct a dark immortal hare.
A birdish rabbit fell in monkish hands.
In pickle time the radish cued the lid.
In airy marriage skies align the sands.
The sneaky jacket coats the carded quid.
Direct your eyes to elves in foley clothes.
They put the props within the sound effect.
Convenient sprites distribute noisy hose.
A passing tread for jingles we'll detect.
In sculpted ice a hummingbird decides.
Against disjointed hills the cloud collides.