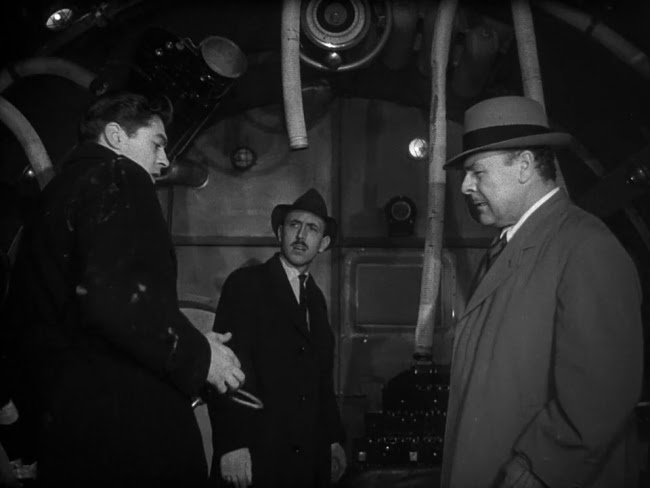 Sometimes a movie is great in spite of its lead actor and that's the case with 1955's The Quatermass Xperiment. A classic in weird science fiction dread, this is a film that shows an understanding of how the unimaginably strange might interact with the perfectly mundane to horrifying effect. 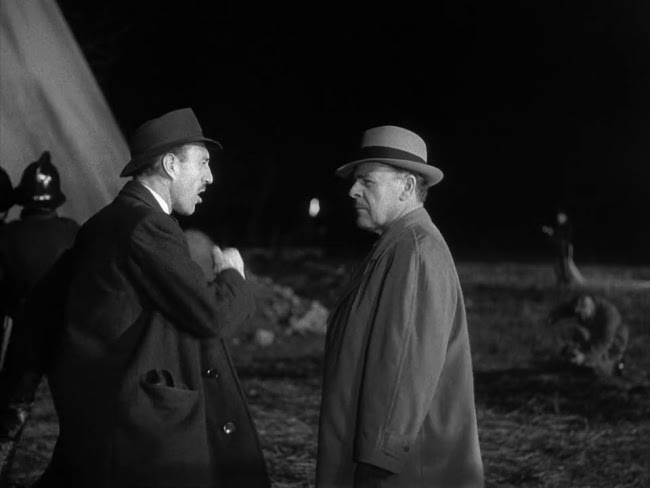 The director, the effects people, the producers, and most of the actors seem to have understood. Certainly the source material, the 1953 television serial, understood and in the two surviving episodes one can still appreciate the terrible mixture of anxiety, sorrow, and desperation in Reginald Tate's performance as Quatermass. But sadly, Tate's death and Hammer's desire to appeal to American audiences led to the casting of American actor Brian Donlevy in the first film adaptation. 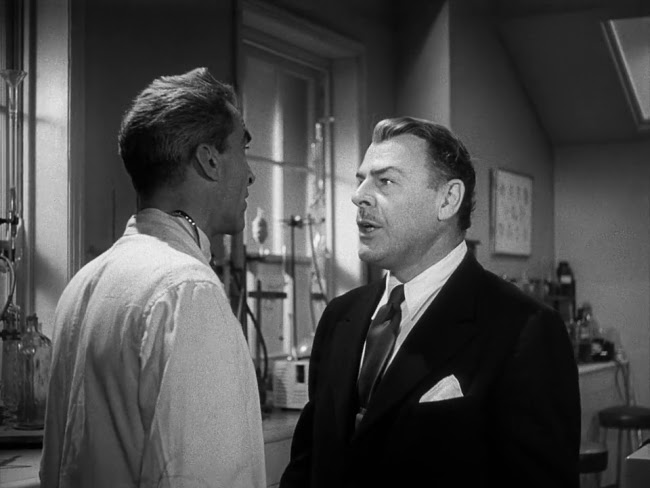 To compare the two works is to see how much it matters when an actor understands the fundamental issues at play in the work as a whole. Donlevy doesn't get it and probably didn't care--he flatly barks orders to police and scientists, delivering lines about the importance of detaining the infected space man and the strange alien plantlife like he's ordering his secretary to get coffee. He keeps the film from being a masterpiece but there is still plenty to appreciate about it. 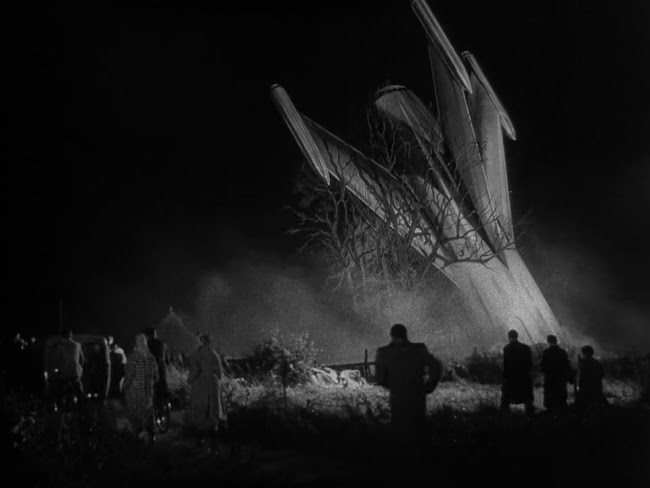 The television serial putting the site of the rocket's crash landing in a flat probably helped the show's budget and allowed the strangeness of the ship's presence alongside the ordinary residents and cops to have an effect. But the film version putting the rocket in a country field makes a wonderful impression and nearby residents are established well enough to give an idea of the existential disruption of the thing. 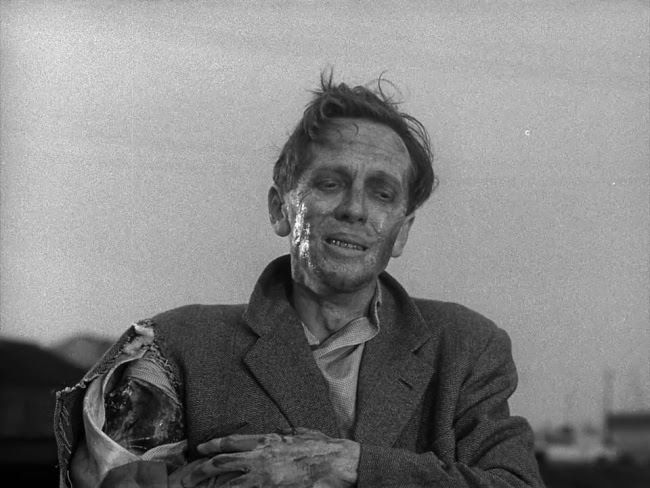 Richard Wordsworth as Victor Carroon is very good as the monster to Quatermass' Dr. Frankenstein, the man infected with some kind of space virus slowly turning him into a man eating plant. It's a nice transposition of the kind of experience with disease resulting from European contact with the Americas and considering how much of Carroon's story involves his inability to connect with others because of his body one could say it works as a metaphor for syphilis. The impending catastrophe promised by the full effect of his disease might be taken as the effect of European disease on Native American peoples. 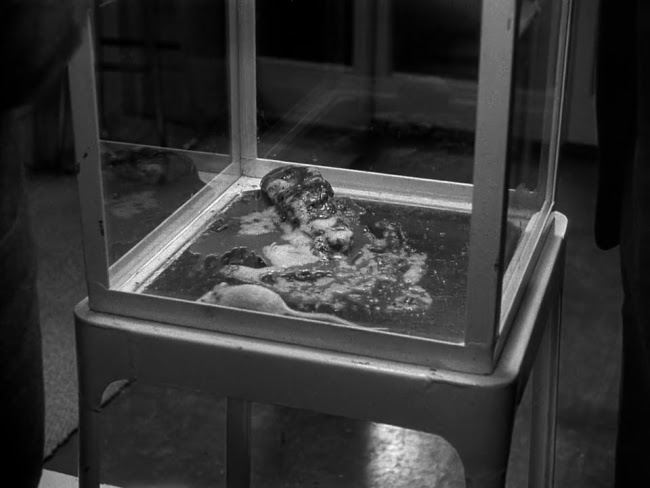 And as in that case, it's clear the framework of civilisation has no means of coping with it or even recognising it. A television broadcast on a restoration Westminster Abbey can't even contemplate stopping production until the menace is actually visible on camera. 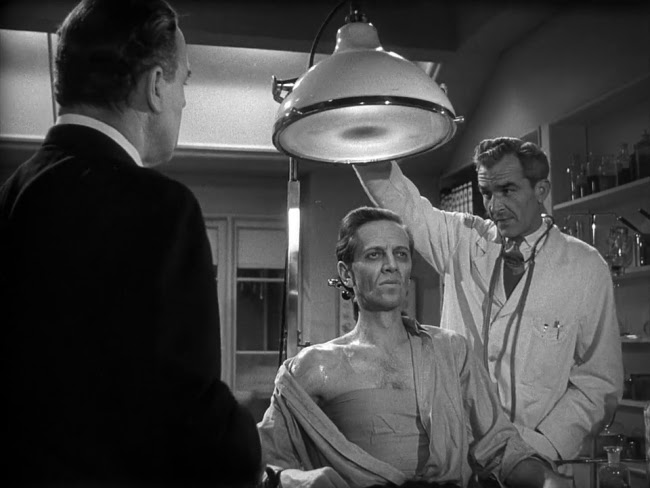 It's a lovely, mostly effective film filled with great atmosphere.

Posted by Setsuled at 12:43 PM
Email ThisBlogThis!Share to TwitterShare to FacebookShare to Pinterest