Bad Dreams in the Waking World 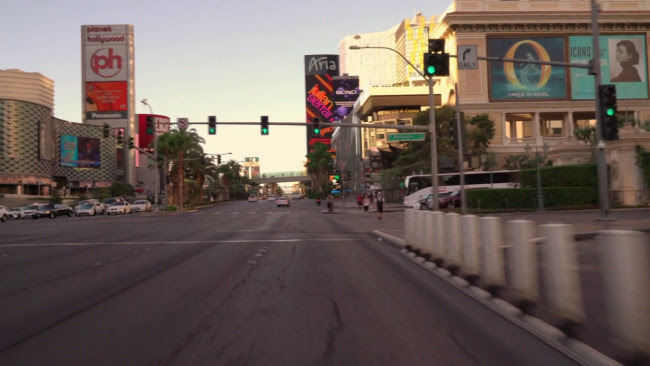 I've only been to Las Vegas once, to visit the now closed Star Trek Experience. The former attraction, in one of the most dreamlike cities in the United States, no longer drew crowds to celebrate the optimistic future depicted on Star Trek and, indeed, as Adam Savage pointed out at Comic Con this year, that dream is starting to seem not only naive but cruel.

But despite the fact that I watched the decidedly more pessimistic version of the old dream last night, Star Trek: Discovery, it's not Star Trek I thought of when I woke up to find the deadliest shooting in modern history had just occurred in Las Vegas. Images of Las Vegas had been on my screen weekly throughout the summer on Twin Peaks, one of the most prominent episodes of which, episode eleven, featured a commentary on gun violence alongside images of the Las Vegas strip.

To-day The Onion is running the same headline it usually runs when there's a mass shooting: "‘No Way To Prevent This,’ Says Only Nation Where This Regularly Happens". The irony is sad and seemingly impossible to ignore and yet, as The Onion continues to run the headline, obviously it continues to be ignored again and again. Is it merely the machinery of bureaucracy and greed, is it the absurd grip of a childish dream, or is it some perfect combination of the two? How did this supposedly most pragmatic nation become the most deeply deluded?

We can say that shootings have gotten worse, much worse, in recent decades. Obviously (yes, it's obvious) stricter gun laws would alleviate part of the problem but there's a deeper problem. The old dream depends on the belief that the average American citizen has the wherewithal to own a gun responsibly--and the majority of gun owners don't go on killing sprees. Yet the typical argument from second amendment supporters, that looser gun laws allow for average citizens to save the day with their own guns, looks horribly naive in the obvious scenario of a sniper firing on a crowd. And even someone who opens fire without any cover is likely to deal too much damage before the fantasy average hero can act. It's a reality that's simply too plain for anyone not to see it so the perpetuation of this dream must rely on other factors, like the aforementioned greed and bureaucracy.

But the deeper problem is that so many people, many of them children, arrive at the decision to kill a lot of people. Even if they were prevented from killing people by stricter gun laws, there's a clear diminishing capacity for people to respect and love their fellow citizens. Adults are losing this and their kids aren't learning it.