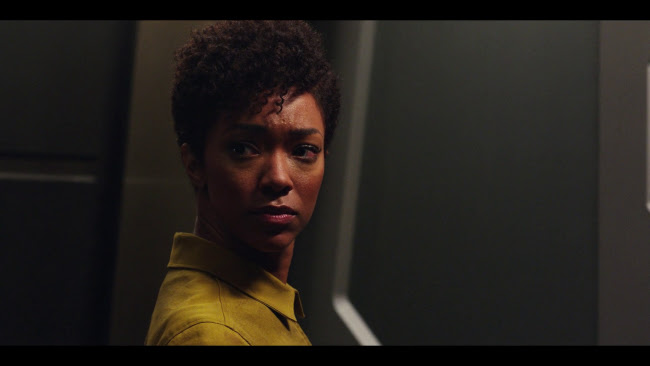 The Discovery finally debuted on Star Trek: Discovery on Sunday, making an impressive entrance. It's also the first episode to be directed by Akiva Goldsman, director of the underrated Winter's Tale. The teleplay by 90210 and Pushing Daisies writers Gretchen J. Berg and Aaron Harberts (along with Craig Sweeny) continues to show that writing is by far the show's weak point but the visual beauty and wonderful performances, particularly from Sonequa Martin-Green, still make it well worth watching. 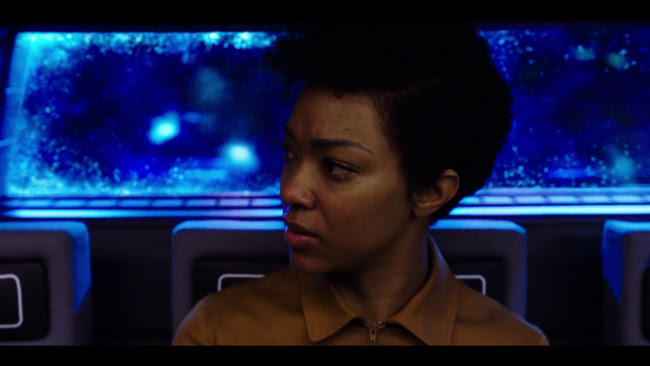 Guilty of the high crime of insubordination in her effort to stop the now devastating war with the Klingons using a secret Vulcan technique of shooting first, Michael (Martin-Green) has become the most hard-bitten criminal in a group of convicts being transported to a mysterious location. A cool scene involving some space fungus resolves with the timely rescue from the Discovery. Soon she's on board, facing suspicion and hatred for her crime of mutiny. 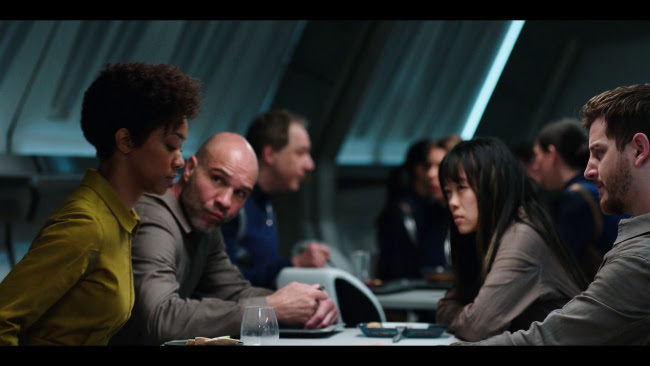 I'm starting to wonder if Vulcans only exist in Michael's mind in this universe. We haven't seen any Vulcans interact with anyone else in Starfleet and at one point Sarek appeared in Michael's mind to lend moral support. This would explain why no-one else has heard of the "Vulcan hello". It's not until the end of this third episode that Martin-Green finally meets someone who recognises her actions made sense, or at least didn't amount to murder. The very good Jason Isaacs plays Captain Lorca of the Discovery and he delivers the line that gives the episode its title, "Context is for Kings". 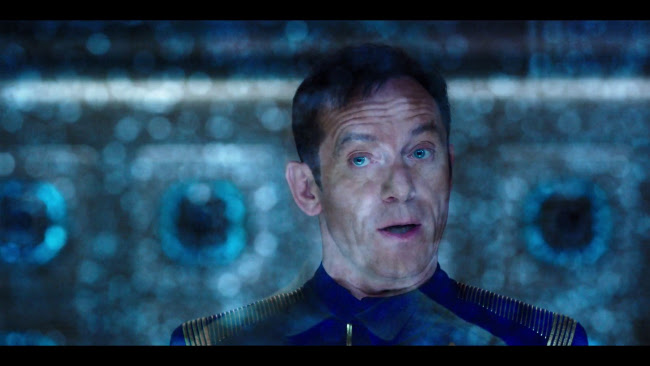 The idea is that only certain people have the kind of mind necessary to cut through protocol and bullshit to see what needs to be done. Either this eventually is going to come back around and bite him or the show's going to end up having a message opposite to the TNG episode "The Drumhead". In any case, it's a worthy concept not especially well executed. If I could really believe everyone would be as suspicious as they are of Michael for what she did, the story would make more sense. Context doesn't seem so much for kings but for the credibly written. 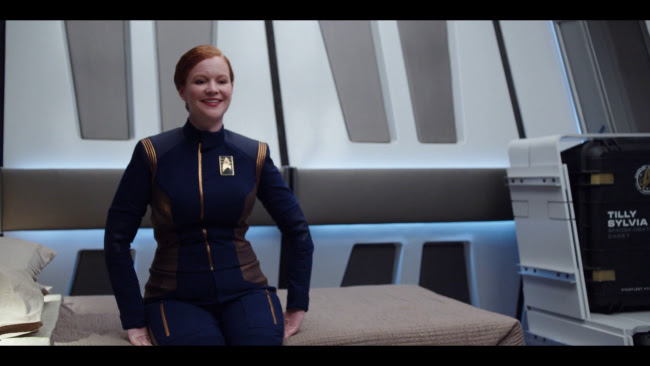 Of course, Michael does make one friend, her anachronistic roommate Tilly (Mary Wiseman). This chipper young lady seems like she wandered in from Gilmore Girls. Ten bucks says she gets killed in a pointed message about the harshness of wartime realities and how sometimes the most innocent among us fall victim while people who can make the hard choices carry on. 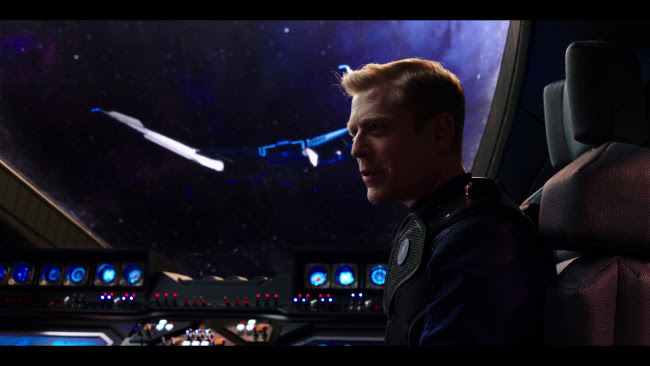 Otherwise, there's a lot more of the peculiarly catty dialogue, especially from the science officer who never seems to stop being ornery about having the perfectly well behaved and obviously talented Michael working for him.

The episode's best parts are on the Discovery's sister ship where things start to feel a lot like Alien. Martin-Green is allowed to shine in a way she never was able to on Walking Dead, delivering an amusing "Shit, that worked" when she tries to draw the attention of the beast. It was odd hearing her rattle off lines from Alice's Adventures in Wonderland in the Jeffries Tube but as a hardcore fan of those books I almost always appreciate a gratuitous reference to them, as I did here.

Posted by Setsuled at 11:57 AM
Email ThisBlogThis!Share to TwitterShare to FacebookShare to Pinterest