Getting a Leg Up on Dark Matter 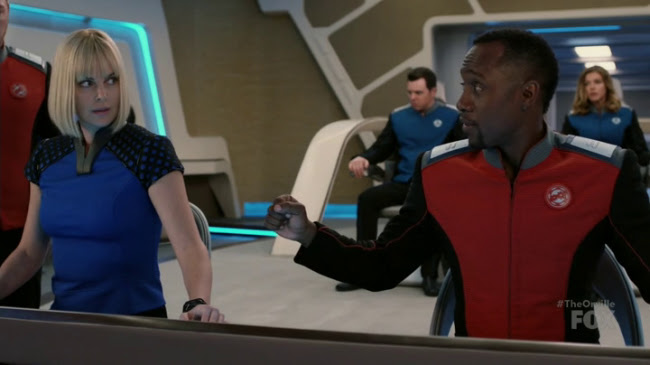 Last night brought the best episode of The Orville yet and not just because Charlize Theron was in it. Director Jonathan Frakes brought his A game, particularly when it came to action sequences, the episode's plot was more inventive than I thought it would be, and it was the funniest episode I've seen so far. 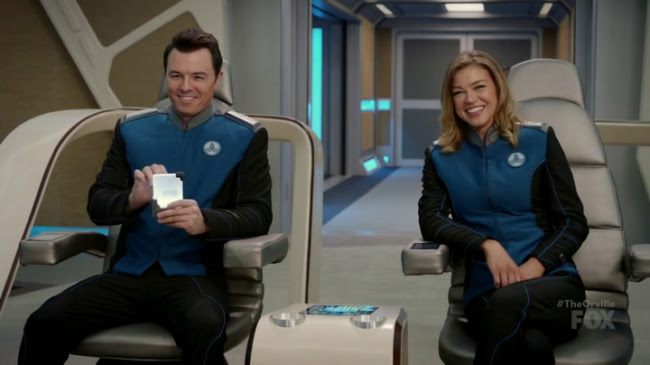 I expected the episode to be a bit like the Firefly episode "Our Mrs. Reynolds" and to some extent it was. The Captain, Ed (Seth MacFarlane), falls for a beautiful guest star who isn't what she claims to be. Pria's (Theron) true identity as a time travelling thief of historical artefacts makes her a bit like Vash from Star Trek: The Next Generation, too, something that makes me wonder if we'll be seeing her again. Theron has certainly been vocal about her fondness for MacFarlane so it would hardly be a surprise. 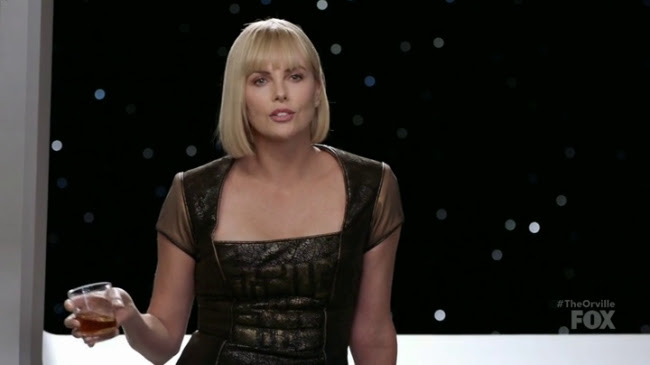 And she's good in the episode in a role that naturally becomes a focal point because she's subject of a debate over whether or not she can be trusted. It seems pretty clear from the beginning that she's going to betray the Orville crew at some point but Theron still makes the most of scenes where we're invited to scrutinise her, seemingly having a lot of fun. 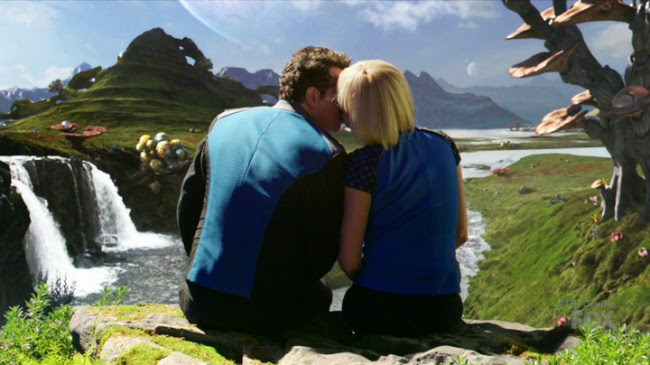 My only real complaint about the episode is that I wish Ed had given some new insight in his pillow talk with Pria regarding his relationship with Kelly (Adrian Palicki). Saying he was too focused on work is starting to sound like a broken record. 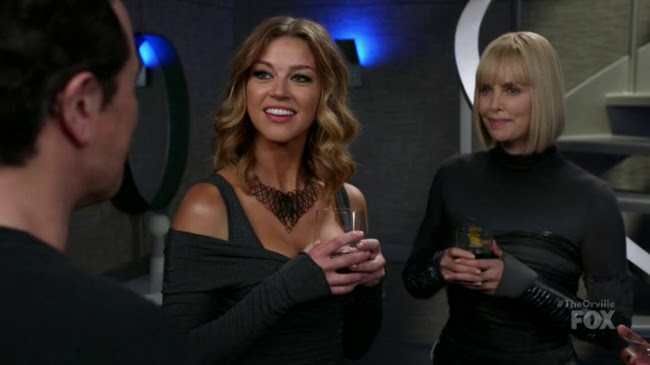 But that accounts for only a moment. I enjoyed Kelly and Alara (Halston Sage) investigating Pria's rooms and I really loved Isaac (Mark Jackson) and Gordon (Scott Grimes) playing practical jokes on each other. Frakes uses the right understated wide shot when Isaac walks onto the bridge with the Mr. Potato Head gear. 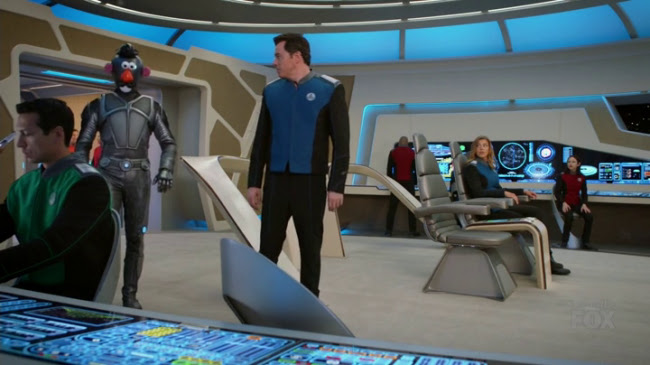 And gods, the leg business. It's the first bit of humour that really felt like Family Guy but still didn't feel like parody. It's the right amount of sudden over-the-top when the shot begins making you think it's going to have something to do with Gordon's alarm clock and suddenly, nope, his whole leg is gone. Gordon's anger and then grudgingly admitting that it was a great joke were also perfectly played. 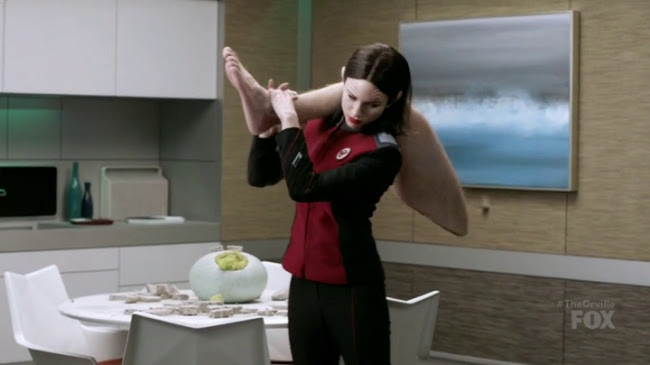 John Debney's score for the episode was a real standout during the effectively taut tension of the shuttlecraft escaping from the asteroid, in the dark matter storm, and in the wormhole sequence. This was some of the most effective sci-fi action I've seen in years.

Posted by Setsuled at 4:51 PM
Email ThisBlogThis!Share to TwitterShare to FacebookShare to Pinterest