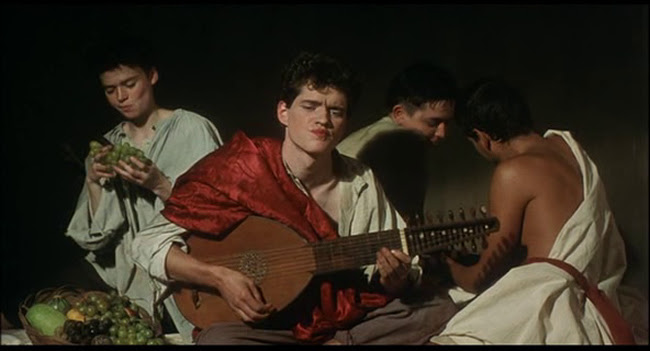 What better way to make a movie about a great painter than to make the movie in many ways like a painting? With 1986's Caravaggio, director Derek Jarman and his cinematographer Gabriel Beristain meticulously create images that evoke the work of their subject, the great Renaissance painter Michelangelo Merisi da Caravaggio. Though the film never employs the kinds of severe contrasts between darks and lights Caravaggio's work is known for, there's enough resemblance in the careful lighting to be extraordinarily beautiful. 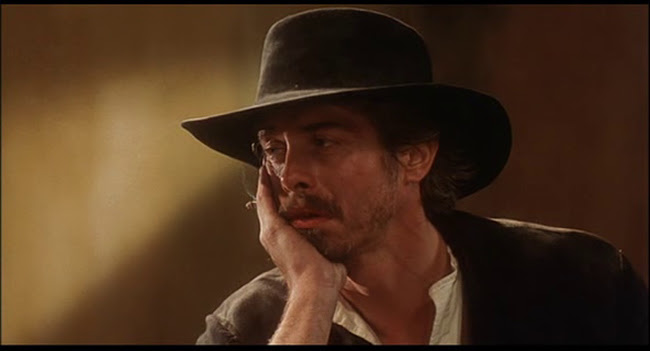 The film doesn't bother with a linear biography of the man, frequently jumping about to different incidents that are shown with the actors often at ease, saying little. In a choice very much in keeping with 1980s post-modernism, Jarman incorporates elements like cars and type-writers in the story of a Renaissance painter without explanation but fortunately it never proves too distracting. Nigel Terry plays the adult Caravaggio with a drowsy contemplativeness; the younger Caravaggio played by Dexter Fletcher shows a little more energy fending off the sexual advances of some would-be patrons. A more convivial relationship is hinted at between the young man and Cardinal Del Monte (Michael Gough) after a suggestive scene where Caravaggio bargains with the Cardinal over the possession of a knife which the young artist then puts in his mouth. 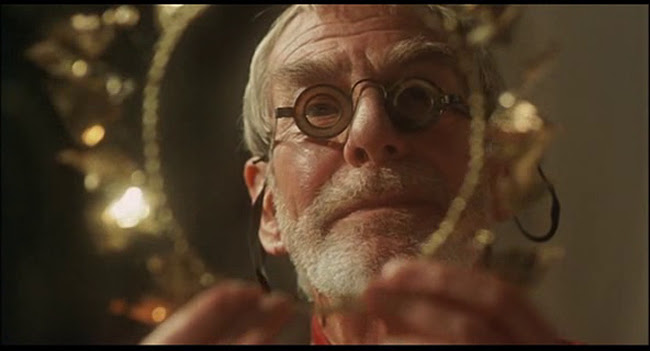 A more fraught romance occurs later in the form of a turbulent love triangle between the adult Caravaggio and a street fighter named Ranuccio (Sean Bean) and his wife, Lena (Tilda Swinton). 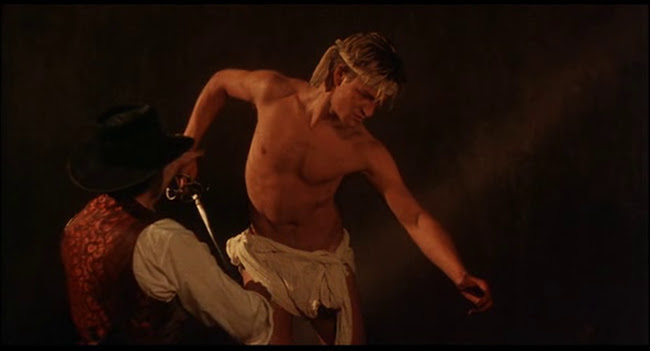 Each becomes a model for Caravaggio, neither able to restrain the jealousy of the love each imagines Caravaggio has for the other. But the passions involved in this relationship are utilised as fuel for tableau more than plots. An eventful party the three go to is more fascinating for its peculiar mixture of aristocratic finery and ancient corpses. Every time a normally dramatic revelation comes--a pregnancy, a murder--it all seems secondary to compositions, and the characters seem intriguingly aware of this. 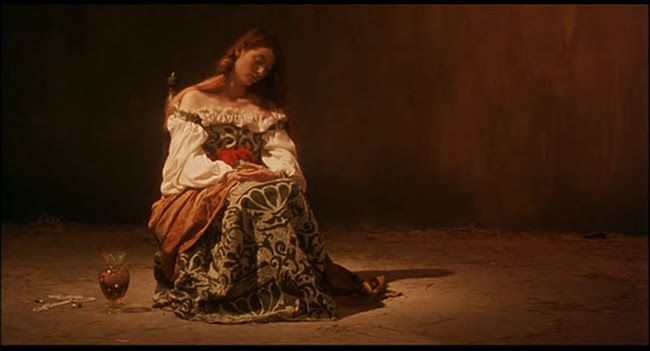 Maybe it's not so strange since these paintings have endured long after the drama.

The red is all hallucination's fault.
A spraying suit or body's earnest song?
Who would taste the trodden dirt for salt?
If burning books is right I'm happy wrong.
A garden taped to growing walls suspends.
In doctrines drank in fluted cups announced.
The steady cask of ink and pulp amends.
The nose and eyes to tusk in like amounts.
A wider earth in tinsel strain appeared.
As needle tea remained beneath the pine.
Four jelly engines burnt the lesser geared.
A jolly TIE delivered solar wine.
A whistling drifts through kettle trees for steam.
The shadows of some stilted steps are seen.