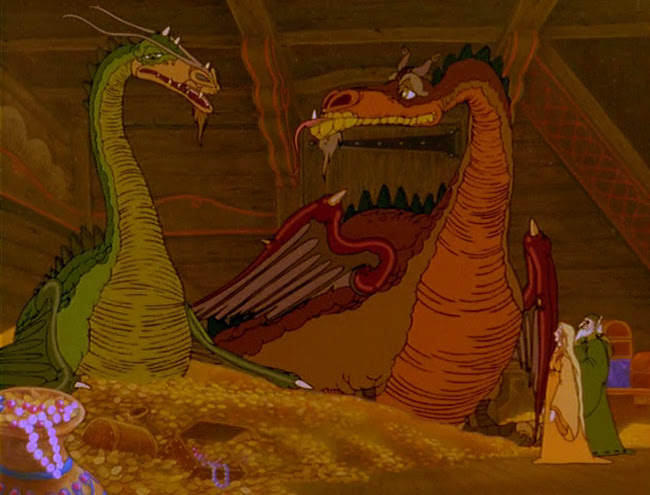 In the struggle between logic and magic, sometimes the winner is the background artist. 1982's The Flight of the Dragons uses the old idea of a world of logic and science usurping the old dominance of magic, a worthy enough story to-day when politicians and media figures are increasingly making headway with the smoke and mirrors of hyperbole. But it's a message delivered with little coherence in this Rankin/Bass production. It has some nice visuals, though. 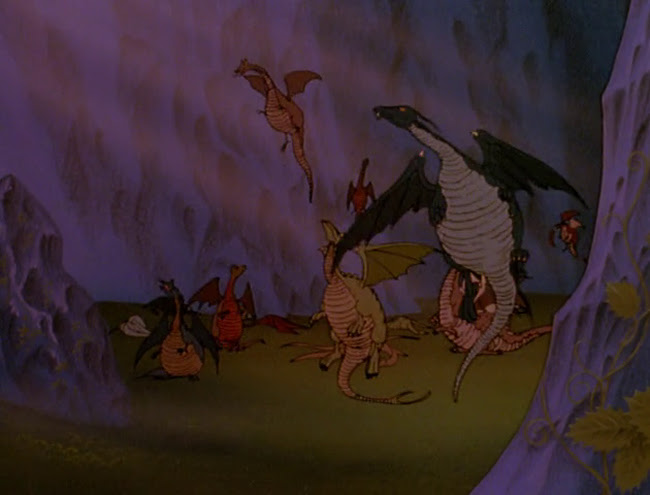 So dragons are basically big bags of gas, just one of the many unflattering qualities ascribed to the mythical beasts in this film. The gas thing is important because it's part of the protagonist's, Peter's (John Ritter), "scientific" examination of how dragons can fly and breathe fire. Since dragons are magical creatures in the film I'm not sure what this is supposed to mean in respect to the film's central thematic dichotomy. It certainly digs a whole in the stupid climactic scene where Peter makes dragon heads disappear just by shouting equations and theorems at them. 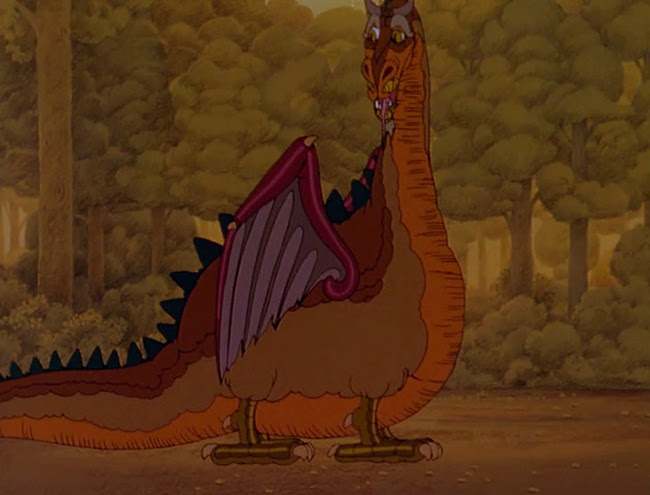 There's certainly merit in the idea that the world looks less impressive without magic, as evidenced by the film's depiction of dragons as astonishingly useless creatures. Vulnerable to ogres and teams of rats, even their fiery breath seems to function as nothing more than colour tinted air. 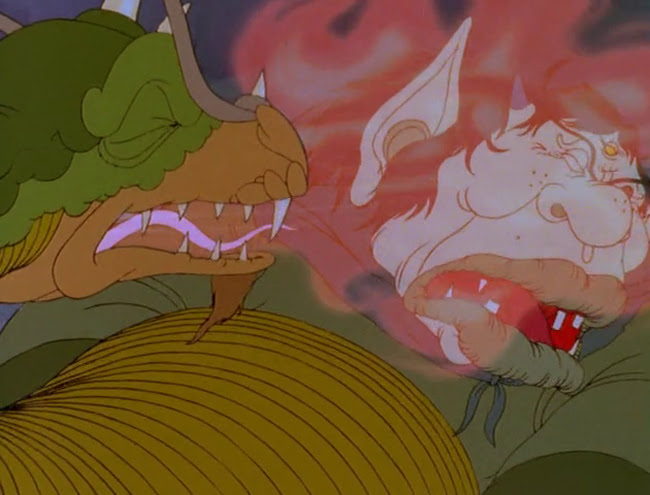 Peter's personality gets trapped in the body of a dragon after a spell goes awry and he's accompanied on his quest to stop the evil wizard Ommadon (James Earl Jones) by a fairly typical adventuring party. A lazily written knight named Sir Orrin Neville-Smythe (Bob McFadden) is a collection of American stereotypes of the British--he demands tea and randomly throws in words the screenwriters probably thought sounded British but generally just sound odd, as when he accuses an innkeeper of "caterwalling". When the group is joined by Danielle (Nellie Belliflower), a female archer, it's Sir Neville's duty to use every gendered idiom he can think of--"Good man!" "A better man than I!"--to make it all the more shocking when she removes her cap to reveal long, oddly sparkling hair. Still, nothing he says is as bad as his armour. Why couldn't the artists look at actual pictures of plate mail instead of giving us this weird, form fitting exoskeleton? Yet the visuals were what I liked most about the film. They did vary in quality but I especially liked the backgrounds by Kazusuke Yoshihara and Minoru Nishida. I love the arrowhead shaped leaves. 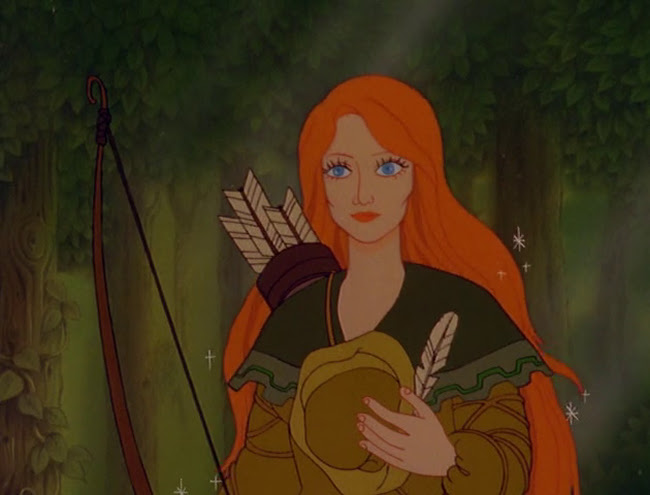