The Illusion of the Obvious 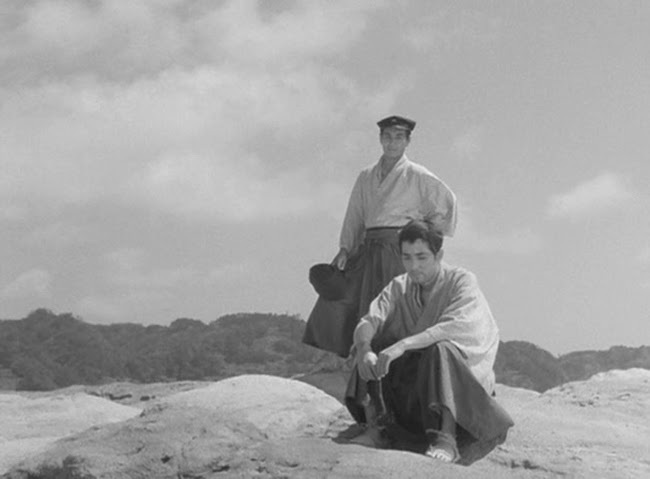 It's amazing how interpretations that seem plainly incontrovertible can later turn out to have been so strange. I wouldn't have thought there was any doubt that 1955's The Heart (こころ) was about two men whose lives were destroyed by their inability to express their love for each other but apparently this interpretation of the 1914 source novel was very much in the minority. In any case, Kon Ichikawa's film is beautifully shot with in impression of violent undercurrents in the lives of quiet people.

Masayuki Mori stars as Nobuchi, a quiet older man who reluctantly accepts the friendship of a university student named Hioki (Shoji Yasui) after the younger man rescues him from an apparent suicide attempt. 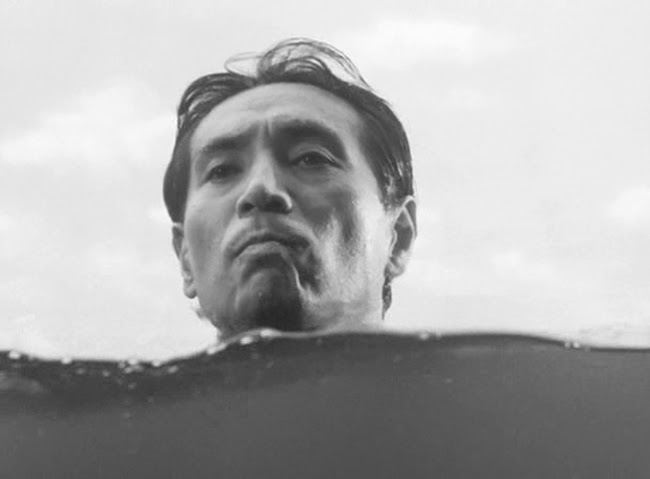 Ichikawa goes to a lot of effort to shoot this scene in a very strange way. After Hioki watches Nobuchi undress and swim a distance out from shore, Hioki also undresses to follow him and when the two confront each other the camera is put below the waterline. This isn't the only shot in the film to markedly evoke the idea of something being beneath a surface or partially concealed. 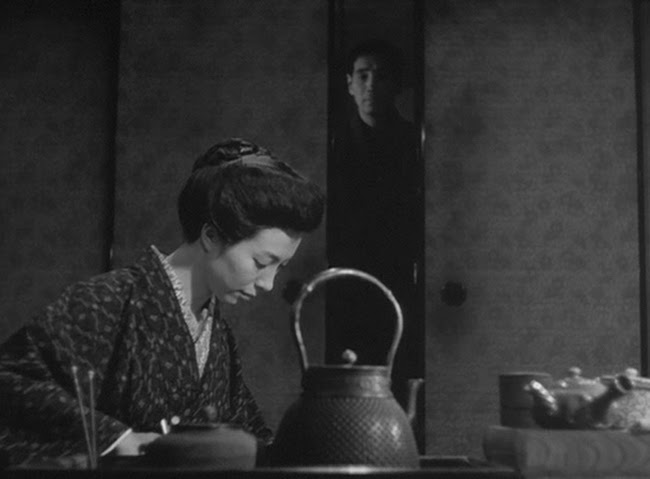 Nobuchi explains that he ought to be happy because his wife (Michiyo Aratama) is the only woman in his life and he knows he's the only man in her life. And yet, for reasons he won't explain, the two of them are emotionally distant from each other, their conversations mostly polite and related to household chores. Nobuchi explains that, ever since an uncle tried to swindle him out of his inheritance when he was younger, he's never been able to trust anyone but he thinks he might be able to confide in Hioki. This story about Nobuchi's uncle, introduced at the beginning of the film, is an interesting way to frame what becomes the main narrative, a flashback to Nobuchi's life as a younger man. Every choice he makes compels the viewer to wonder if it's motivated by the lifelong habit of distrust--and if so, how? A key figure in the story of Nobuchi's past is a man named Kaji (Tatsuya Mihashi). The two men clearly have some kind of intense feelings about each other--does Nobuchi repress them because he doesn't trust Kaji or he doesn't trust other people to accept their relationship? Or is it something else? 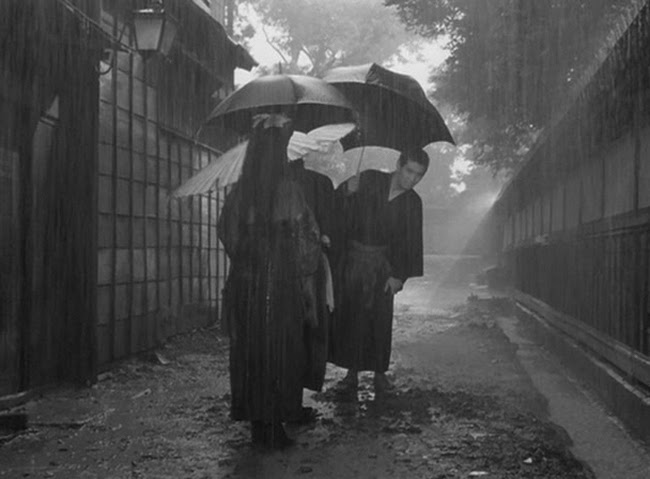 The Wikipedia entry on the source novel lists quite a few interpretations of the story involving issues as diverse as attitudes towards personal responsibility, father and son relationships, and Confucian philosophy. Only one of the critics mentioned refers to homoeroticism and then in only one instance. Though much of the impression in the film version may well come from Ichikawa's choices as a filmmaker. 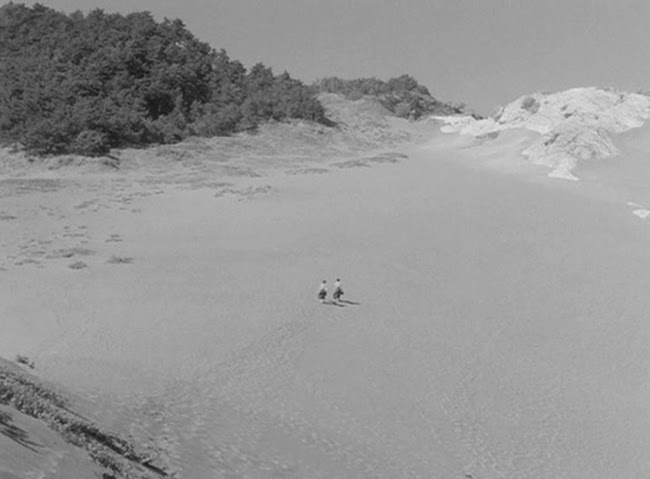 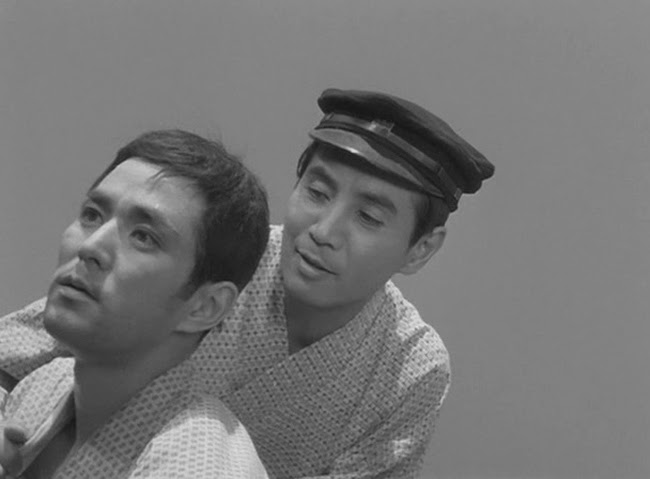 But it's a very good film in any case and Ichikawa and his cast show a mastery of the kind of story where people are slowly being crushed by their inability express their feelings.

Posted by Setsuled at 11:29 AM
Email ThisBlogThis!Share to TwitterShare to FacebookShare to Pinterest