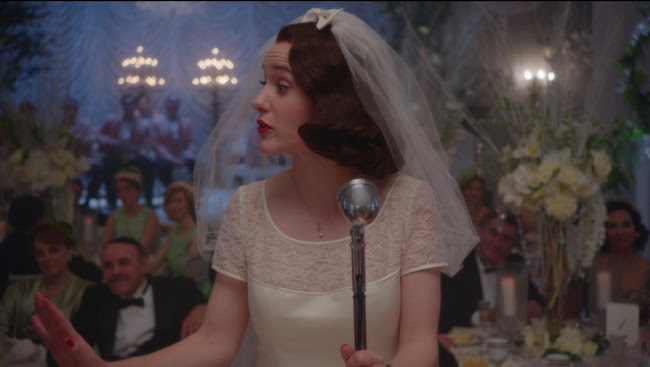 Last night and to-day I enjoyed some crisp and pretty visions of the 1950s courtesy of The Marvellous Mrs. Maisel. I watched the first episode last night and the second to-day of this new series created by Amy Sherman Palladino, a really fun fantasy about a well to do housewife who becomes a stream of consciousness comedian in the mould of Lenny Bruce. 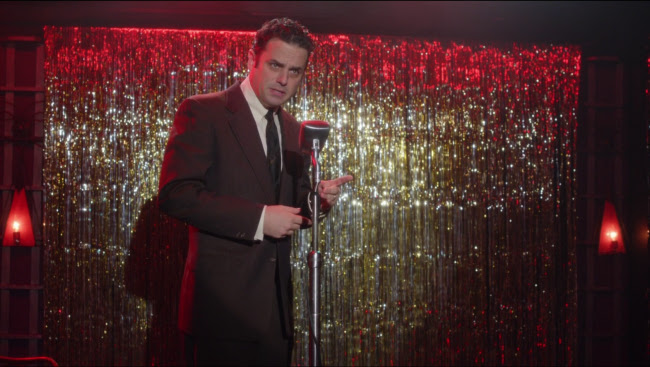 In fact, Bruce is a supporting character on the show. Played by Luke Kirby, who does a decent imitation, we first see him when the lead, Miriam (Rachel Brosnahan), is on a date with her future husband, Joel Maisel (Michael Zegen). This inspires him, after they're married, to try a career in comedy himself but when he fails at that, along with his marriage, Miriam, now Mrs. Maisel, accidentally finds she has a knack for it one drunken evening. 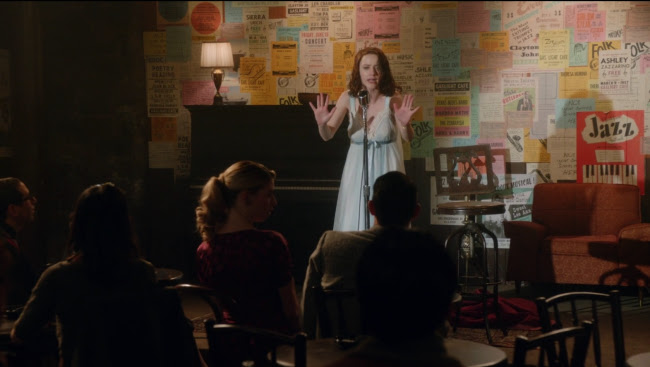 The first two episodes are written and directed by Amy Sherman Palladino, who fills both of those roles for most of the series--her husband, Daniel Palladino, contributes in both capacities here and there, much as he did for Sherman Palladino's best known series, Gilmore Girls. And there's a lot of Gilmore Girls in Mrs. Maisel--both series are about a young, witty mother making a life for herself after splitting with her first love. 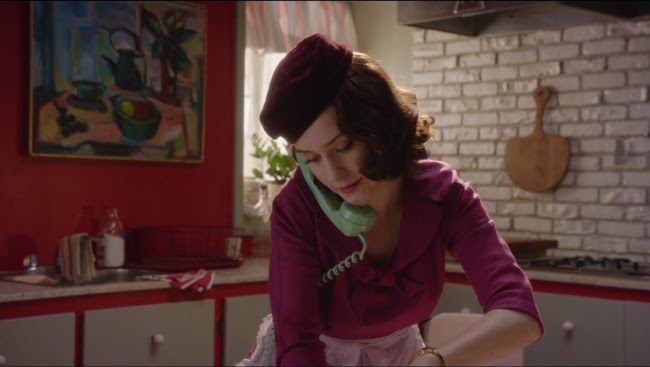 I kind of wish they hadn't made Mrs. Maisel a mother--the actress is 26, making it kind of an empty joke when she brags about looking 21--in fact she looks 18. The kids are barely seen in the first episode because the Maisels are wealthy enough to have a whole separate floor in the apartment building for the kids and their nanny. Like Gilmore Girls, everything's improbably clean and pretty, at least here the wealth provides some explanation. But it makes it a bit awkward when an attempt is made to show a messy reality next to the put on prettiness when the underbelly is also pretty. But the visuals are a pleasure in any case, especially the costumes--I love this lavender dress. 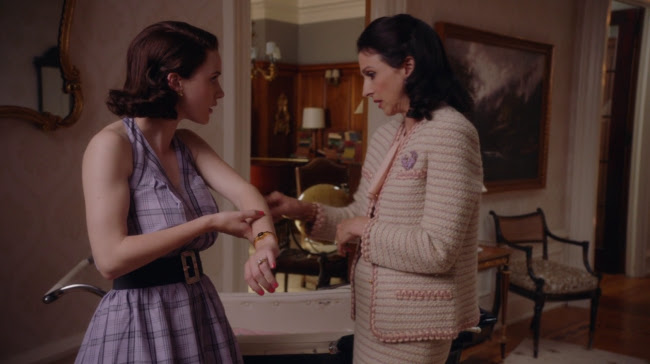 The show also avoids any of Lenny Bruce's more controversial material--his ramblings on race and sex are too rough for to-day's political climate. Also like Gilmore Girls, which made references to William S. Burroughs and The Velvet Underground, the tone of the comedy is never much like these figures foregrounded as apparent influences. Sherman Palladino's rapid quip dialogue is more like something you'd hear delivered by Carole Lombard or Cary Grant in his earlier films. In the context of this fantasy version of 1958 it makes even more sense than it did on Gilmore Girls. 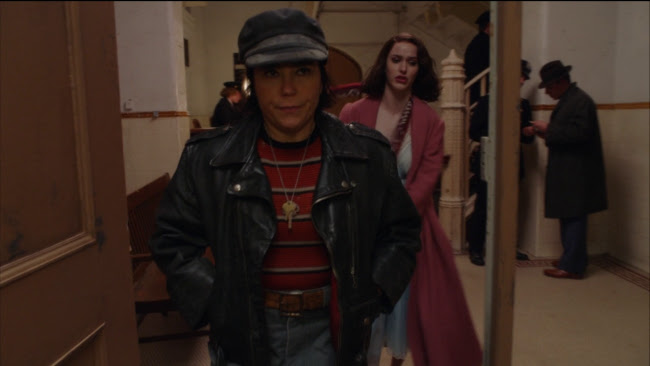 Alex Borstein, who played broad comedic roles on Gilmore Girls reminiscent of her days on MADtv, plays a down to Earth manager in a leather jacket for Miriam. She's really good in this, from what I've seen so far, especially in the second episode where she comes to Miriam's apartment and voices most of the reactions I had to the location in the first episode--"Is this Versailles?" she says when she sees the improbable splendour. 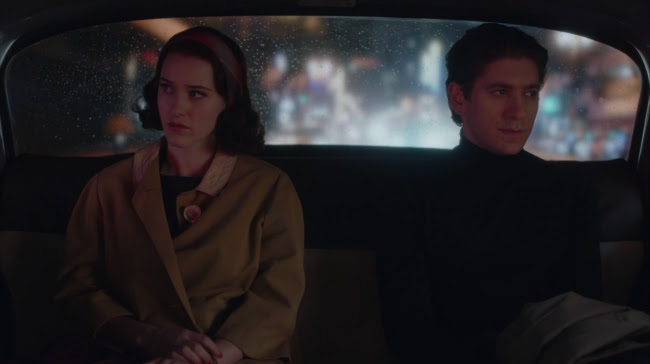 But it's Mrs. Maisel's show and Brosnahan is very good, helping to make it a very satisfying vicarious experience, watching a heroine finding strength in unlikely ways. I look forward to watching the remaining six episodes.