Twice Upon a Revisionist History 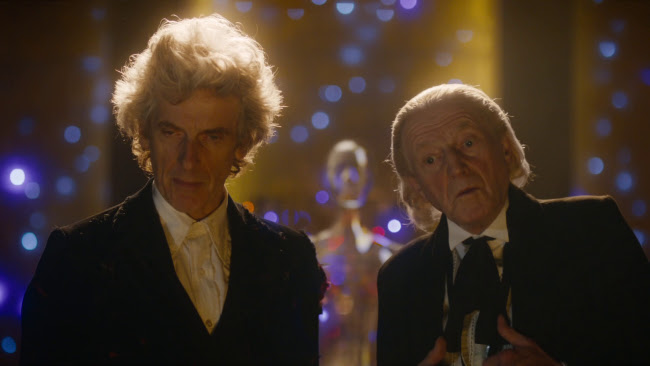 I find myself not especially eager to discuss yesterday's Doctor Who Christmas special. There were moments I did enjoy but, speaking as someone who feels Steven Moffat doesn't deserve half the hate he gets, the special left me feeling very glad he's stepping down as showrunner. 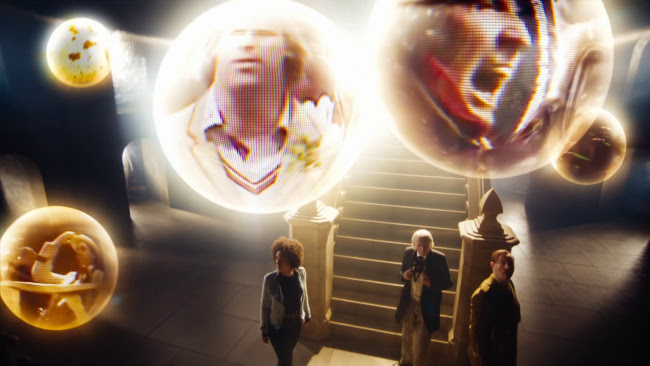 I would have assumed Moffat would have devoted a little extra time to writing his final episode as showrunner. But my complaints about "Twice Upon a Time" can be summed up in much the way I'd sum up a review of most of his episodes from the past couple seasons--there are some very good ideas delivered in frustratingly bad ways. Often whether or not one of his episodes succeeds depends on how much stronger the ideas are than their deployment. In this episode, while I experienced some of the intended emotional highs, it wasn't quite enough to compensate for weak foundation. 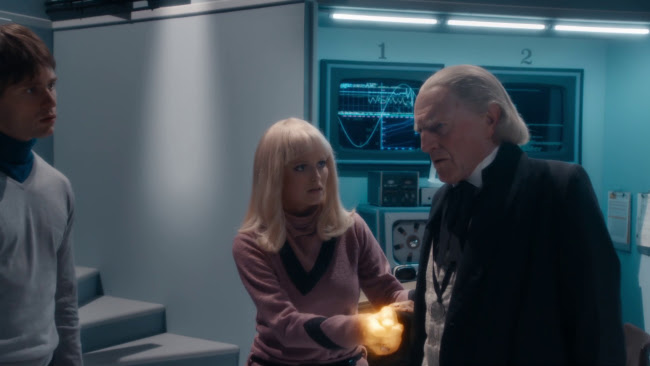 1. Having the Twelfth Doctor meet with the First Doctor to provide perspective during a psychological crisis over regeneration--good idea. Making the First Doctor more sexist than he actually was to make this point--bad idea.

My friend Brian on Facebook, who's rewatched the classic series more times than I have, remembered that the First Doctor actually did have that "Smacked bottom" line in Invasion of the Daleks. And, as Brian pointed out, the difference in context is crucial.

Susan is his granddaughter, not a random young woman he's just met. One could argue that striking a child is never a good parenting technique but that's not the issue Moffat is trying to discuss in "Twice Upon a Time". Certainly there's never anything in the classic series like the nasty laugh David Bradley's First Doctor shares with Mark Gatiss over the idea that all women are "made of glass."

The fundamental problem here is even more depressing, though. Moffat has often, by some of the more unreasonable voices on the Internet, been accused of sexism himself, based on more and more impressively contorted logic. But it obviously affects him because he's constantly doing things trying to placate the implacable--the premiere of the Twelfth Doctor's second season went for almost twenty minutes without sight of a male character, giving us a scene featuring an entirely female UNIT staff dealing with Clara and Missy--that's female protagonist and villain with female support characters, all without any rationalisation about it being an alternate Woman dimension or something. I could list other examples, I've written about this before--but I mention it now just to say the fact that he's re-imagining the First Doctor is a depressing sign that he's trying so hard to quell an outrage that, like any outrage not based on actual evidence, can never be satisfied. So it's not strange that in doing so Moffat has to manufacture evidence that didn't exist.

One might argue that by making the sexism more apparent it provides a method for more plainly discussing institutionalised sexism in the 1960s. But one of the great things about the audio plays is hearing the Fourth through Eighth Doctors visiting the 2000s--the Doctor is a time traveller, after all. So why make the Doctor more dated than he ever actually was? Of course, it's a reflection of inaccurate perceptions of the past.

The twentieth anniversary episode, "The Five Doctors", featured a scene where the Fifth Doctor is embarrassed when he has to apologise for the First Doctor casually telling a woman to make tea. It's a moment created with much the same intention as the similar moments in "Twice Upon a Time" and it similarly feels like an inappropriate amount of self-loathing that forgets moments like the Third Doctor sharing a bitter laugh with Liz over an officer's sexism in The Silurians--that was just four years after William Hartnell left the show. There's no reason any Doctor can't be a hero in a story about sexism. 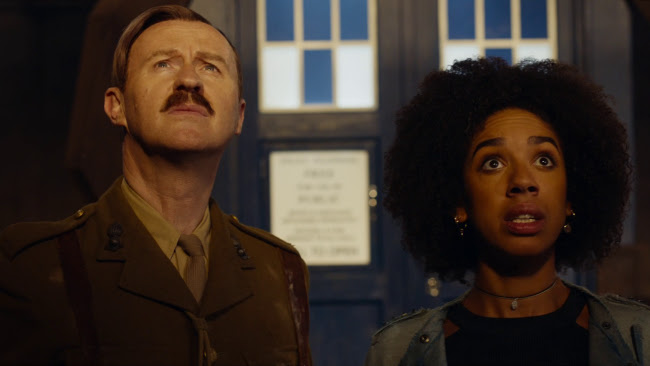 The whole episode had been about how the Captain needed to die at that point, otherwise it screws everything up. Given that we learn he's none other than the father of the Doctor's friend, the Brigadier, it makes the integrity of his part of the timeline presumably even more crucial since, as the Doctor makes clear at the beginning of the episode, a disruption in his time stream could have particularly bad consequences. But maybe the Brigadier's father was always meant to survive--that still clashes with the whole reason Testimony needed him to die at that point.

I felt good watching soldiers from the two sides in that bitter war shaking hands. The Doctor talks about how it's his job to create the fairy tale, something which is entirely undermined by the arbitrary way he got there. It doesn't seem so much the Doctor's doing as the teleplay's. 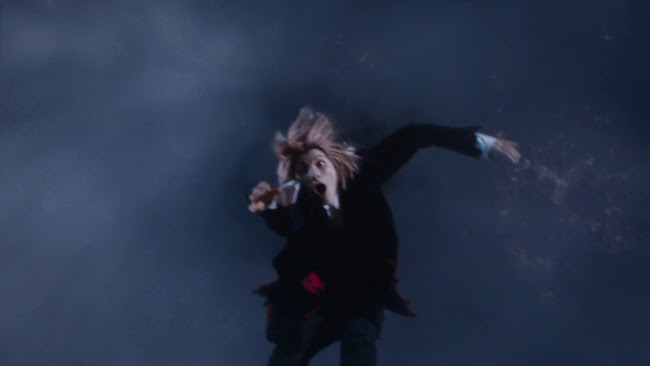 I really loved Peter Capaldi as the Doctor, and I look forward to seeing what Jodie Whittaker does with the role. Her first words, "Oh, brilliant!" weren't, well, brilliant, but maybe stepping back from overly clever lines is a good direction for the show. For most awkward line in the show's history I would like to nominate, "You're the very first Dalek that ever got naked for me." Maybe it's not such a good idea to always try to think of something clever to say.

Posted by Setsuled at 2:37 PM
Email ThisBlogThis!Share to TwitterShare to FacebookShare to Pinterest