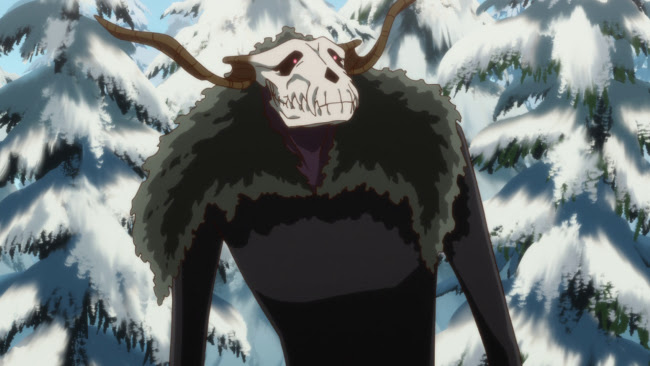 Happy Christmas Eve, everyone. This seems like a good time to talk about all the shows this year that had a humanoid with a deer skull for a head as a protagonist. Really, that's only one show, Production I.G.'s beautiful The Ancient Magus Bride (魔法使いの嫁), which concluded its first season yesterday. Consistently strong production quality on every level--animation, music, design, backgrounds--assist in making this sweet story about lovers with communication problems truly memorable. 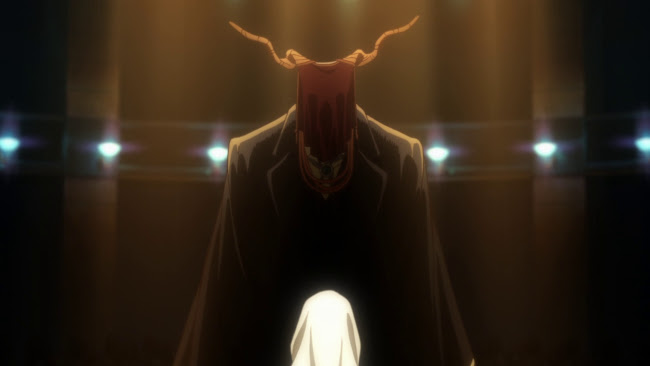 The setup in the first few episodes gives us a variation on Beauty and the Beast--the fellow with the deer skull head, Elias (Ryota Takeuchi), purchases the shy red headed Japanese girl, Chise (Atsumi Tanezaki), at an auction. Elias is a magician and he intends for Chise to be both his apprentice and his bride. 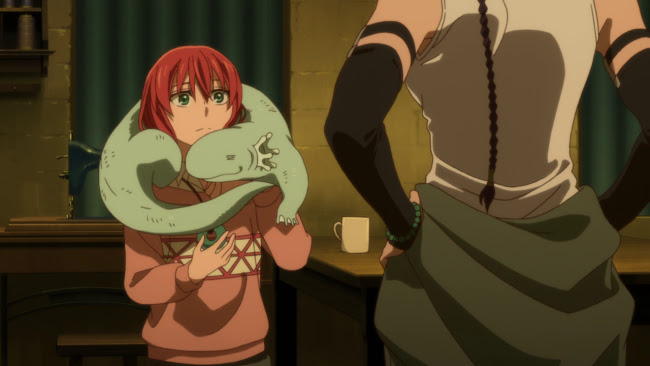 As in most versions of Beauty and the Beast, the story quickly finds ways to push against the inequality inherent in this setup. Elias seems to think nothing of taking off Chise's clothes to bathe her--he seems neither lustful or sadistic, and her self esteem is so low she doesn't make any objection. But a visit to a witch friend of Elias' in the second episode, Angelica (Yuuko Kaida), provides an opportunity for a character to voice exactly the objections to the scenario most viewers would be thinking. Angelica, a young mother, wastes no time rebuking Elias for his presumptions. As with Beauty and the Beast, though, it's not surprising Elias doesn't see a more effective way of getting a bride, given his physical appearance. 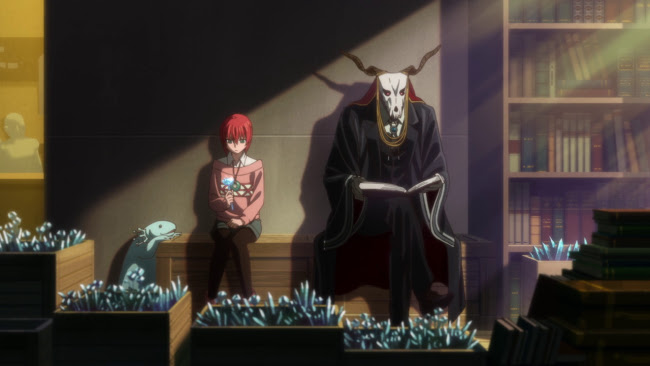 But the characters' psychological issues become far more pertinent than physical appearance as the series progresses. Elias and Chise find their instincts to express affection for each other blocked by bad self image, cognisance of the strangeness in their artificially arranged relationship, and a fundamental inability to access emotions. The middle episodes of the series introduce a series of stories that reflect disconnected relationship dynamics in different ways--a man who loses his soul trying to save his sick wife without regarding her wishes on the subject; Chise's dog familiar, Ruth (Koki Uchiyama), and his inability to connect with his dead former mistress; and, the most amusing of the lot, an elderly gardener who doesn't know he's the object of affection for an invisible succubus. 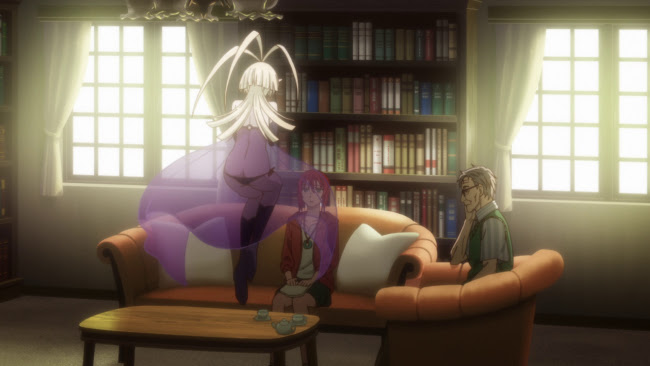 Chise's past is only hinted at--her parents abandoned her and her shyness and the suspicious readiness with which she accepts offered affection and the semblance of family are ascribed to her abandonment issues. Elias' past is shown in more detail in the season's penultimate episode and we see how, like Frankenstein's monster, he was met by hatred and suspicion from villagers. Hatred and suspicion that may not be unwarranted. 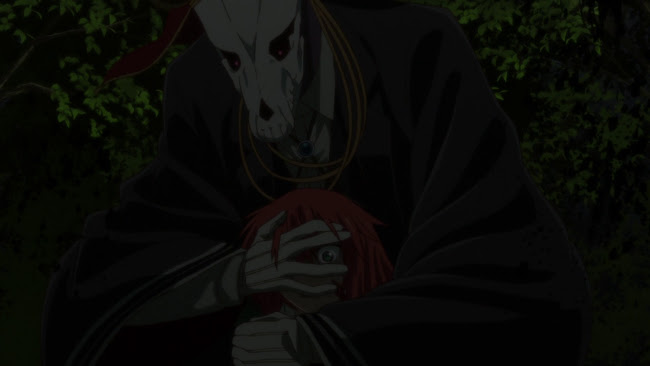 Elias tells his mentor, Lindel (Daisuke Namikawa), with only mild concern, about how everyone else seems so distant and he has trouble understanding connexion. His concern is scarcely greater when we divulges he may have done some truly monstrous things which aren't left ambiguous. 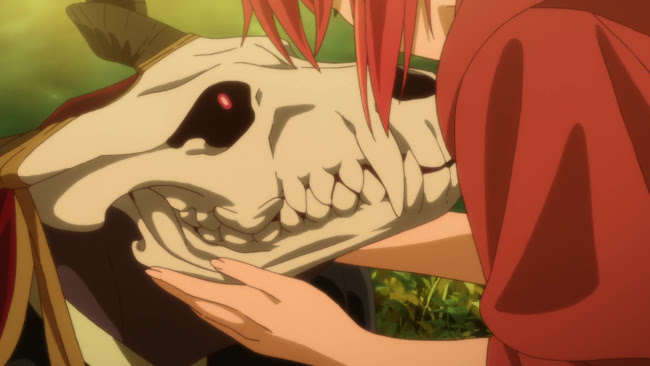 There's effective tension in all the issues presented--a lot of fantasy anime handles the monster-guilt love story with too many caveats, usually amounting to the "monster" never having done anything truly wrong, resulting in a very simplistic world of justice. This series effectively creates the tension in ambiguous questions about how much monstrosity is someone responsible for, about how much suffering and restriction one truly deserves, and about whether or not affection needs to be justified. It's all effectively couched in a lovely fantasy world with side stories about dragons turning into trees and communities of cats that give the characters further opportunities to show how their instincts are reflected in an outside world. A very good series.

A rising lake returns the boots at last.
A footless fish's late return unmarked.
To miss a lucky fin condemned to fast.
It had no hand to hold nor ear to hark.
A bleeding candy stripe obscures the red.
In turning holly scarlet leaves're sharp.
A fitting cider wet the waiting sled.
The giggling aether taunts a ghostly harp.
A stocking rain for feet bestowed the gift.
In needle trees a time ignites the wick.
For rodent's rest the dog creates a rift.
The ducks of mice return as clocks'll tick.
A desert fleece confers a snowy thought.
The boiling peppermint stirs in the pot.