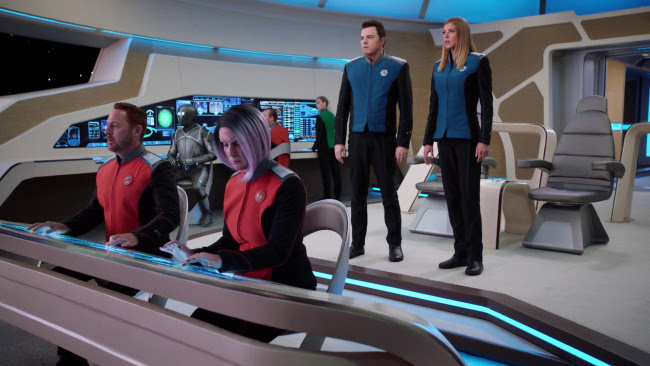 It sure didn't feel like last night's new Orville, "Mad Idolatry", was the season finale, probably because it wasn't intended to be, the original finale having been moved to the beginning of next season. But on the other hand, last night's episode did reaffirm the show's essential concept, a vision of an optimistic future, in a nice way. 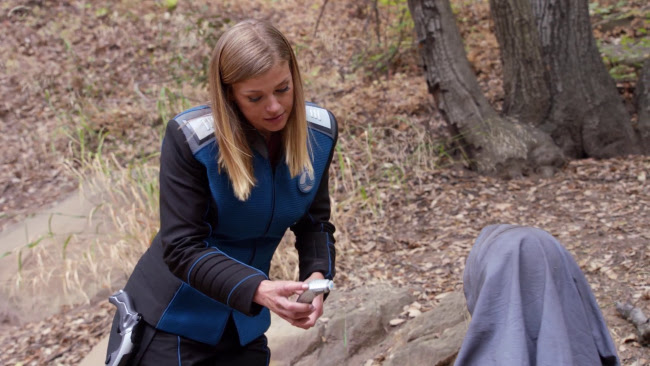 As usual, there are many episodes of Star Trek or other works of Science Fiction that one could point to as influences. Most obviously the third season Star Trek: The Next Generation episode "Who Watches the Watchers", which is unquestionably a superior version of the story. The planet in "Mad Idolatry" that jumps ahead seven hundred years every eleven days is a cool concept but "Who Watches the Watchers" allows us to watch in real time the effects of an encounter with advanced technology on a humanoid culture that doesn't even have steel yet. 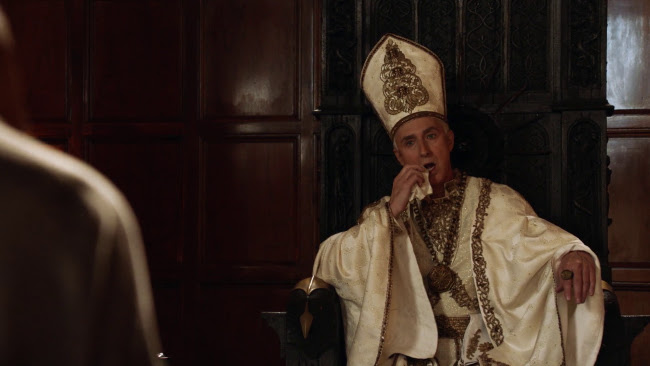 The pope character introduced only briefly in "Mad Idolatry" comes off as much too broad, one moment condemning a child to corporal punishment, the next willing to hold to principle in revealing the truth to his people about their deity. In the end, the show acknowledges that Kelly (Adrianna Palicki) was only a convenient image for a phenomenon that mainly evolved due to the nature of the sentient culture itself. But it would have been nice if this had occurred to someone on the Orville sooner. Then again, this isn't a crew of deep thinkers, at least not as deep as Picard and his people, a distinguishing feature of the show I do enjoy. 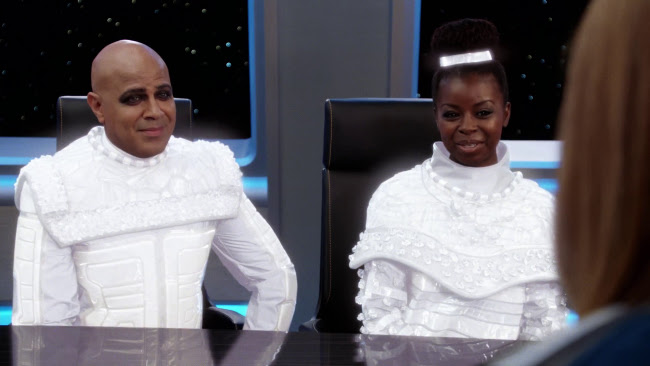 I also thought the optimism in the end was sweet, in addition to being the thing that distinguishes it from "Who Watches the Watchers". And I loved the Richard Donner Superman Krypton costumes.

The Kelly worshipping culture becomes a mirror of the Union culture, a reminder to the crew that human beings had the same kind of destructive religions and rose above them. It works as an affirmation, for the crew and the viewers, that this is the ultimate course of sentient nature. I'm not sure I'm quite that optimistic myself but I'm happy that some people are. 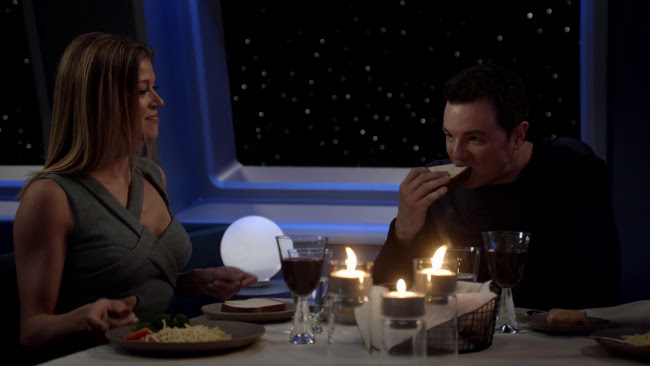 I enjoyed Ed (Seth MacFarlane) and Kelly hanging out. And the sequence at the beginning of the episode was pretty funny, especially Gordon's (Scott Grimes) line about his jammies. Ed breaking the rules to protect Kelly was a nicely plausible motive for them deciding not to get back together at the end, too.

Anyway, I look forward to next season, this one was certainly a good start. Next season I hope they draw in more Star Trek writers and I'd like to see more scripts by Liz Heldens.

Posted by Setsuled at 3:07 PM
Email ThisBlogThis!Share to TwitterShare to FacebookShare to Pinterest