Flat but in a Good Way 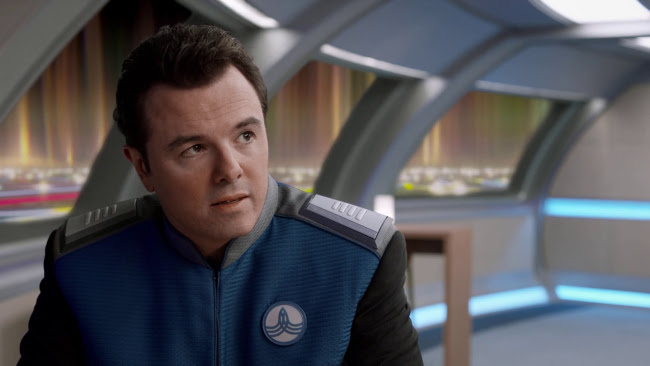 Anyone accusing The Orville of being a two dimensional show would be partially right, at least regarding last night's entertaining new episode, "New Dimensions". It's my least favourite episode so far, the fact that I liked it a lot being largely due to the strength of the series as a whole. It's really built something with these characters so even in a weaker episode their return is still a very welcome experience. 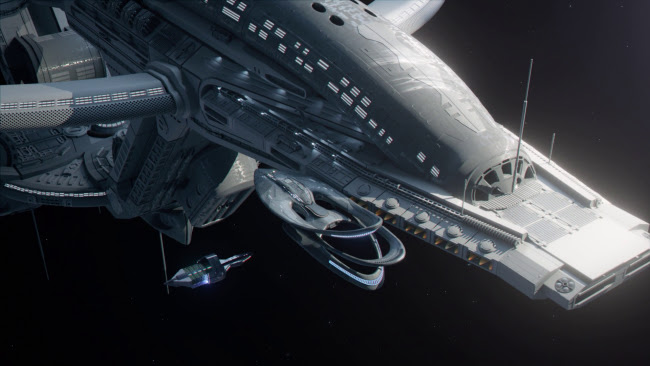 The episode begins with a cool shot of the Orville docked at a space station followed by a not especially funny bit where Gordon (Scott Grimes) and John (J.Lee) play a prank involving feeding a piece of Yaphit (Norm Macdonald) to Bortus (Peter Macon). As often happens on the Orville, particularly in episodes written by MacFarlane himself, like this one, the comedy isn't nearly as good as the character building and the Sci-Fi elements of the plot. The only moment that really made me laugh in this episode was Isaac (Mark Jackson) stroking Gordon's arm, misunderstanding his advise on learning about human bonding via a relationship with a cat. 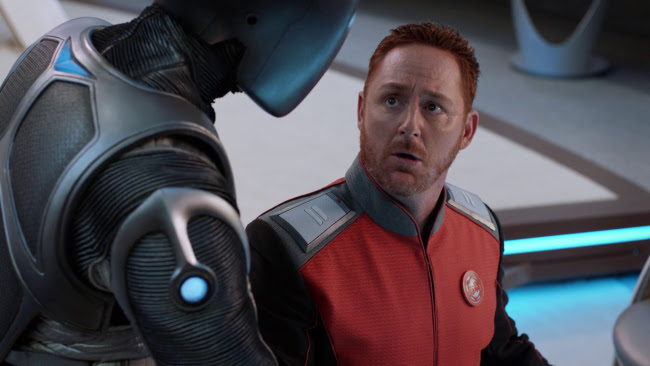 MacFarlane isn't as good at writing the chemistry between his character, Ed, and Kelly (Adrianne Palicki) as Liz Heldens was but their conflict in this episode is more intellectually interesting. It touches on the ego-born fallacy of the "self-made man". At first I was a little annoyed that Ed was making such a big deal about it but in the end I find the conversation worthy enough to have, particularly on a popular family show. It's another way the show is distinguished from Star Trek: The Next Generation--Picard may have had issues, most notably in dealing with children, but the captain of the Federation's flagship doesn't have some of the humbler character flaws of the lower level Union ship's captain. It was another moment where I felt MacFarlane was drawing more on the strengths of sitcom story-telling than on Sci-Fi, particular since it ties into the ongoing tension between him and Kelly. 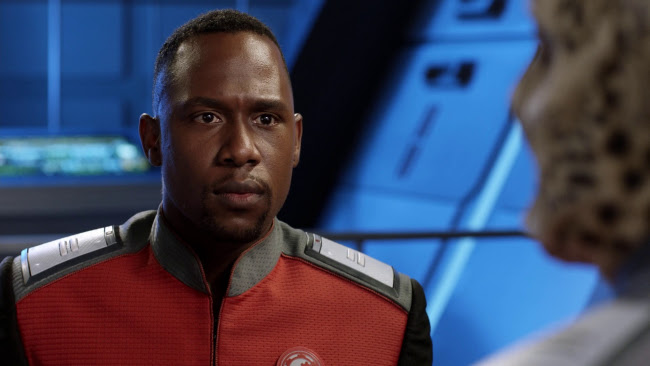 John's story was also very good and I loved how, despite possessing a hidden great intelligence, he's a complete klutz at management. Gordon's immediate reaction to learning of John's new management position--a sympathetic, "That sucks!"--is great and nicely followed by some really stupid advice about gumdrops John's too inexperienced to recognise for what it is. His frustration is well played after the slow build on how bad an idea it is to give out gumdrops to his team and ask them to share their feelings. 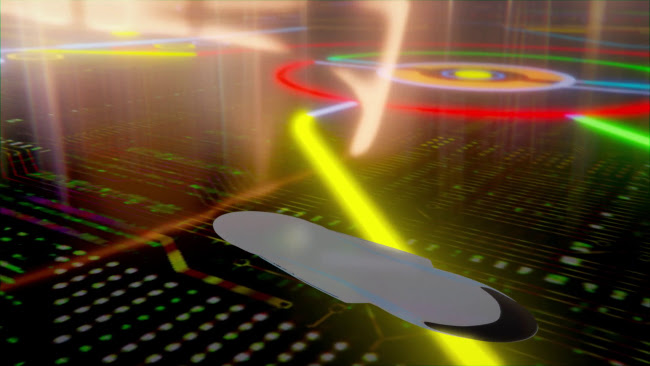 I also really liked the two dimensional realm. The buildup, by showing the characters reacting to it in wonder before actually showing it was a really wonderful idea and made the special effect seem better than it might have otherwise been. Though it kind of reminded me of the end of 2001: A Space Odyssey.

And I really liked the disgusting smuggler slurping noodles on the viewscreen. For an episode I thought relatively weak it was pretty damned good. 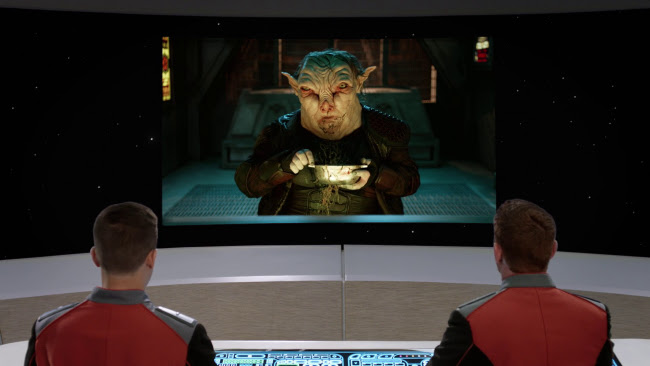 Posted by Setsuled at 1:24 PM
Email ThisBlogThis!Share to TwitterShare to FacebookShare to Pinterest