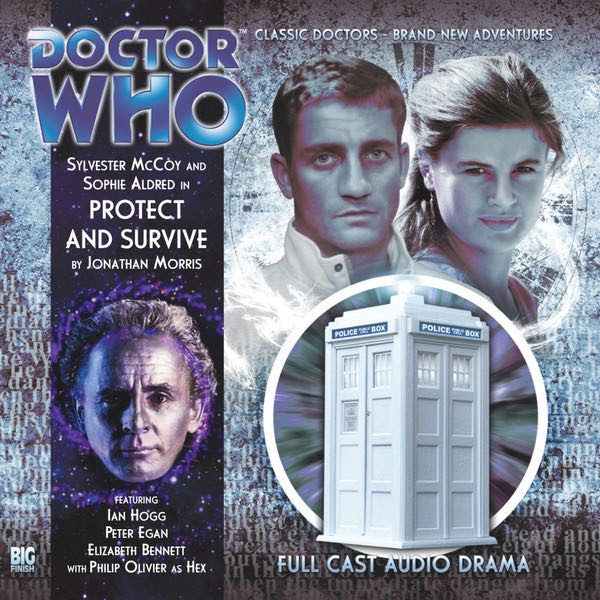 In an alternate 1989 where Vladimir Kryuchkov took over the Soviet Union in place of Gorbachev, Hex and Ace find themselves dying, trapped in a fallout shelter with a sweet elderly couple in the 2010 Doctor Who audio play Protect and Survive. A grim and extraordinarily human story for Doctor Who, it uses sci-fi concepts to explore the different ways people can or possibly should react to doom and trauma.

According to the Wikipedia entry, Sylvester McCoy was away filming Peter Jackson's Hobbit movies (in which he played Radagast the Brown) during much of the recording of this story so the Doctor has a minimal presence. He is in it but only in a few brief bits until he takes on a bigger role in the last segment. Mostly the story concerns Ace (Sophie Aldred) and Hex (Philip Olivier) alongside Mr. and Mrs. Marsden (Ian Hogg and Elizabeth Bennett) trying to endure life caught in the confines of a small shelter after a nuclear attack. The only other human voice they hear is a mysterious radio announcer (Peter Egan) who coldly instructs them on the appropriate survival measures. Mostly Ace and Hex are trying to be patient until the Doctor finally shows up to save them but things get more interesting when they start to wonder if the radio messages are responding to the crisis or creating it.

A lot of time is spent exploring the sensory details--Hex is blinded because he looked at the blast so it gives Ace an excuse to describe things to him. Their futile attempts to stave off the effects of radiation sickness in themselves and the Marsdens are conveyed with effective tension and sadness, particularly as regards the innocent married couple who believe all the leaflets about how to survive a nuclear attack and at any moment expect their son to come home from university. It's only about halfway through the story Ace and Hex start to notice how certain things don't add up. The conclusion brings another example of the Seventh Doctor's tendency to weave complex plans and traps without necessarily letting his friends in on it. A very good audio play. 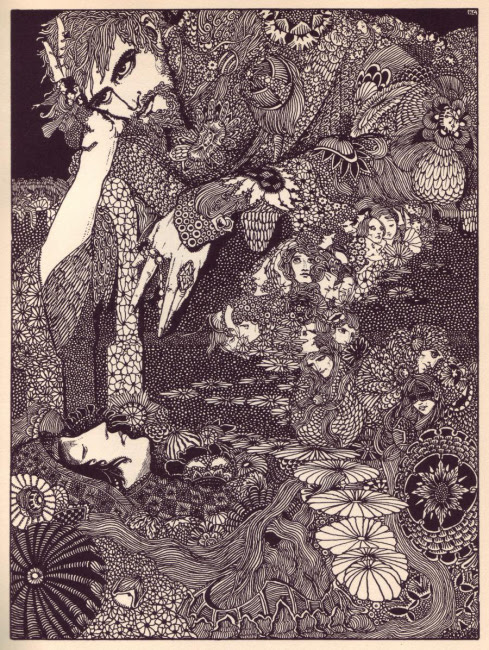 To-day I also read "King Laugh (Four Scenes)", the new story in The Sirenia Digest by Caitlin R. Kiernan. An exceptionally good story for the Digest and an exceptionally good vampire story, it uses the purgatorial existence that serves as the tableau for most of the best examples of recent vampire movies--Byzantium, Only Lovers Left Alive, Let the Right One In--and uses it to tell a story about a pair of lovers whose different perspectives on the past is slowly driving a wedge between them. The insight into human nature in this story is incredibly keen as one of the two lovers carries her interpretation as an ever simmering resentment despite the wisdom in the other's advice to let it go. In an immortal relationship, is it better to love or hate? I really like that the story never definitely settled which of the two was right in their interpretation of the past. And Caitlin's descriptions of the two together in their sensory details provide some of the most sensual moments in the Digest to date.

Posted by Setsuled at 3:02 PM
Email ThisBlogThis!Share to TwitterShare to FacebookShare to Pinterest