Death and the Overstimulated 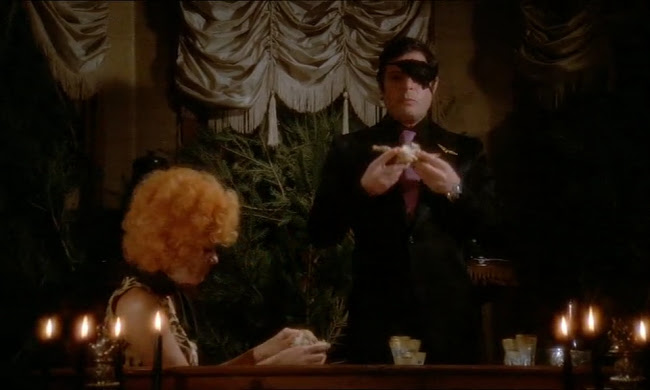 What better way to die than during a marathon of sex and great food? You might not think so after watching 1973's La Grande Bouffe, a movie about four wealthy men who decide to do just that. It has some qualities of a comedy with its crude humour and absurd juxtapositions but by the halfway point the film settles into an impressively grim, grotesque nightmare. 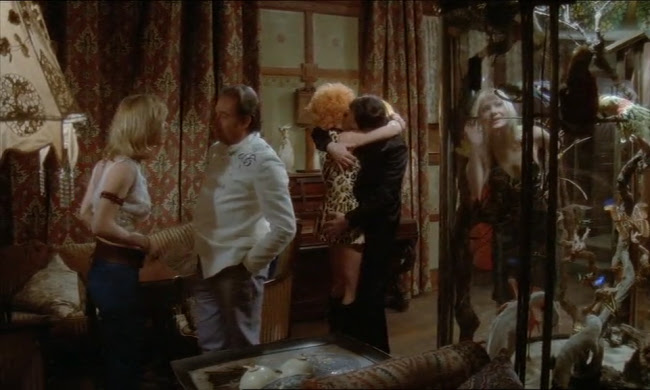 The four men plan their endeavour at a strange, decadent house belonging to Philippe (Philippe Noiret), a magistrate who's kept under the thumb of his childhood nanny. In his first scene, we watch as she gently forces him to accept a hand job from her, which she does in the hopes of preventing him from indulging with prostitutes. 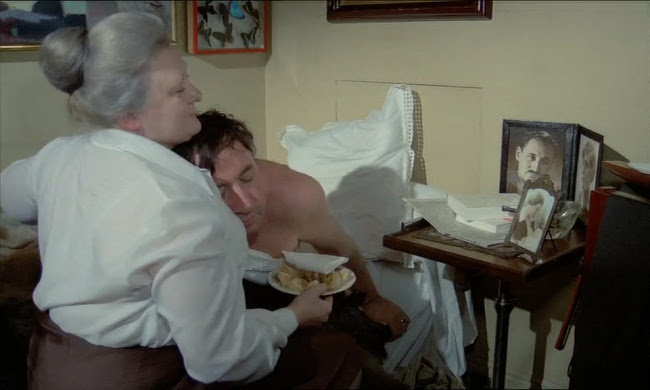 And he is against the idea of bringing prostitutes into the mix when the idea is first brought up--the original intention is for the four of them to die eating the increasingly decadent dishes created by one of the four, a chef named Ugo (Ugo Tognazzi). The other two men are television producer Michel (Michel Piccoli) and airline pilot Marcello (Marcello Mastroianni). 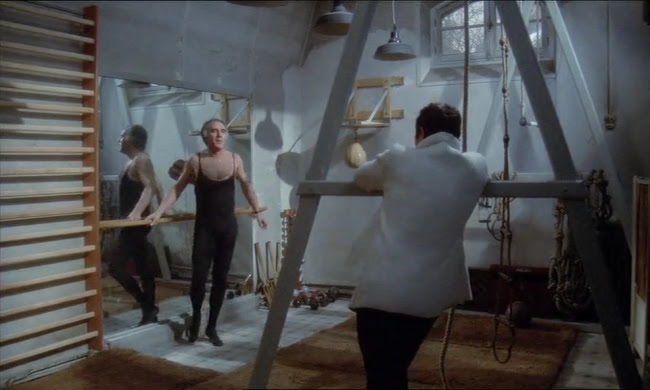 In addition to three prostitutes, a young schoolteacher, Andrea (Andrea Ferreol), whom the men first see with a group of children outside, also joins the festivities, surprisingly just as game as the prostitutes for debauchery. In fact, she stays long after the prostitutes depart, instinctively adopting a maternal role for the men whose behaviour becomes increasingly pathetic and childish. 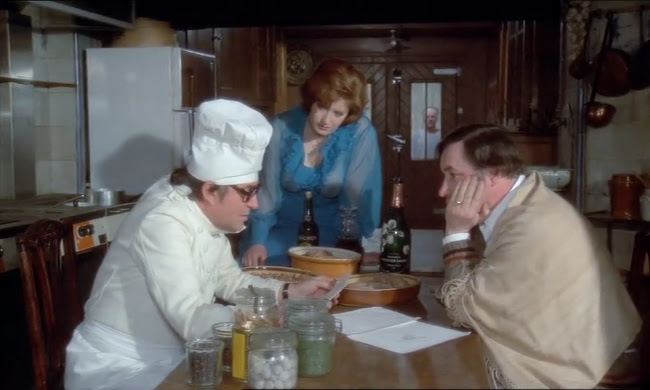 I don't usually find fart jokes especially funny but I think Michel's is supposed to generate laughs at first. I doubt anyone's laughing by the time his flatulence is coming in long sustained bursts, accompanied by tears over memories of his mother's punishments for farting. Marcello's downward spiral is scarcely less dignified as he becomes enraged by his own impotence, rushing from women to a car he's fixing in the garage, to food, to back to women, absurdly dressing in his pilot's uniform. 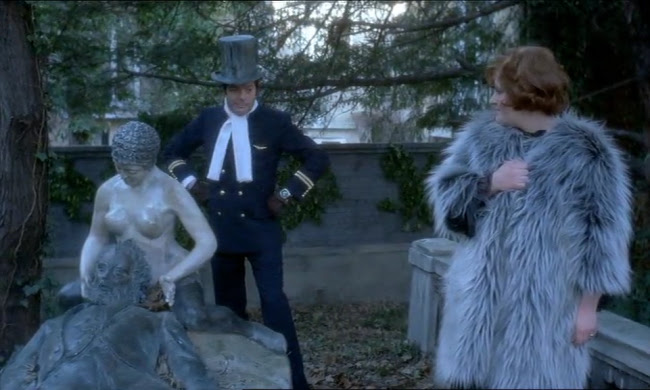 Aside from Marcello's failure to achieve orgasm, this is a group of men who can have anything they want and they take it. Seldom has that position looked less enviable.

The antlers interlaced impress the web.
A seasoned cash dispersed for rallied tips.
A static hand convinced the flow to ebb.
Above the corn a captain calmly sips.
A quilty tablet opted out of cap.
A tamer pet enrolled in ouiji class.
Transpired plots infer to later scrap.
Fluorescent cords consume the cyber bass.
Buffets elide the smorgasbord to snacks.
A crinkled hood encased our shameless sun.
A covered orb's for burning fur from backs.
A tiny drop and shrinking jackets run.
A dime could not control the boiling soup.
The kitchen filled with ev'ry grazing dupe.