Do Not War with My Web

I saw a bunch of funnel web spiders as I was walking home from my parents' house last night and I took pictures; 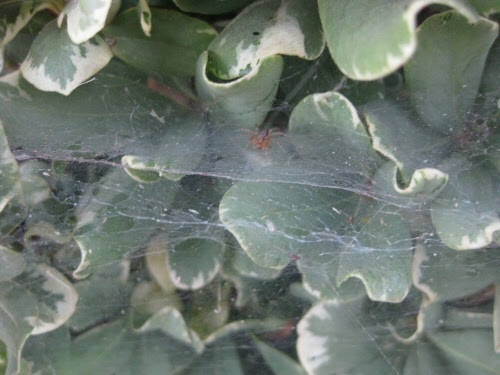 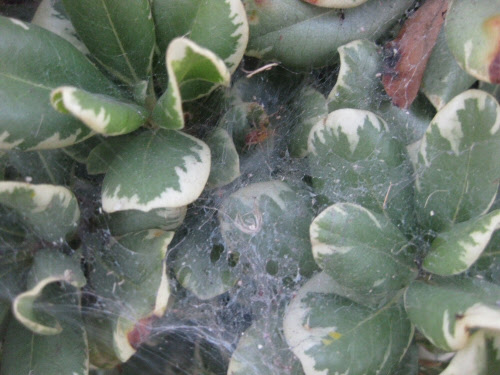 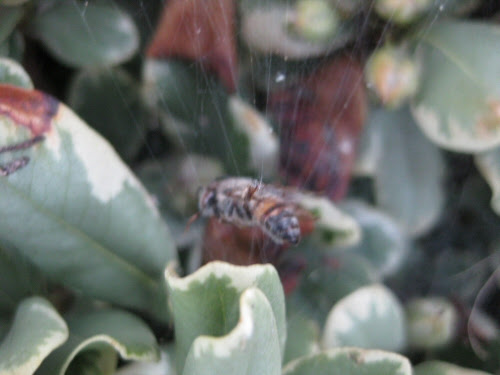 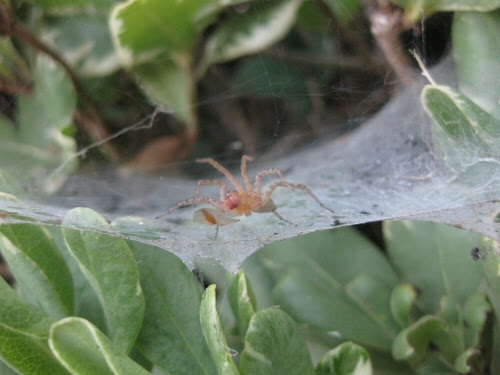 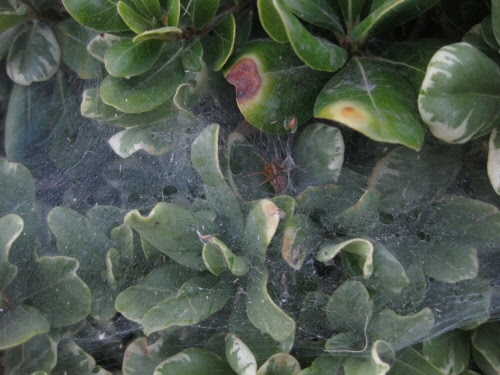 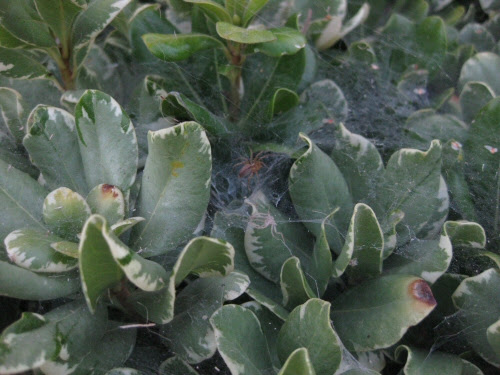 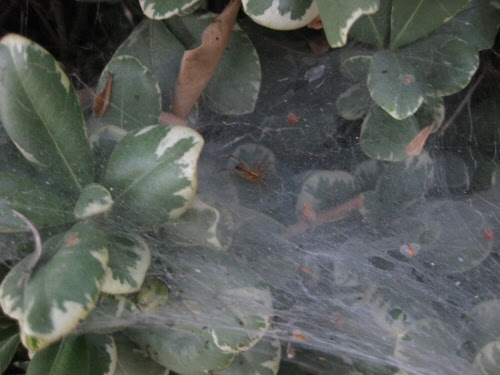 So, so tired to-day. I'd set my alarm for 2pm, fully an hour later than I've normally been waking up, in the hopes of being properly rested to-day to go back over the Chapter 33 script and come up with rough drawings. But someone was having a good time with his leaf blower outside my window at 9am. This gentleman and his friend found various noisy activities with which to amuse themselves in the vicinity of my window over the course of the succeeding two hours.

Not much sleep for me. But several snippets of sort of unpleasant, violent dreams. One involving a high speed red monorail on a very high altitude track that stopped at a small, floating mall platform where I wanted to buy DVDs. The place was crowded with pretty girls dressed as prostitutes from the 50s, all talking loudly to each other or into their cell phones. And in another dream, I was part of a group of four kids investigating a large old house which turned out to be haunted by a big, floating Asian woman's head. Somehow we knew she was sucking the life out of all the kids in a nearby orphanage and to kill her we had to peel the flesh off her face in layers. She was screaming when my mp3 alarm clock woke me up with the Talking Heads' "Once In a Lifetime", which I'd never realised before begins with a high pitched noise of some kind.

I'm okay for about an hour after I've had coffee on a day like this, but I'm already getting into the mode where I forget what I'm doing half a minute after I've start doing it. I hate this mode.

Twitter hides shyly behind error drapes.
There's no shield from the affection of Lum.
The day's drowned in the red vessels of grapes.
Pan knows grapefruit was created for rum.