I've cleaned the prestigious dust of two weeks.
By the power of food I now transform!
I sought the pizza arcade no kid seeks.
And I like vegetables in french fry form.

By which I mean these; 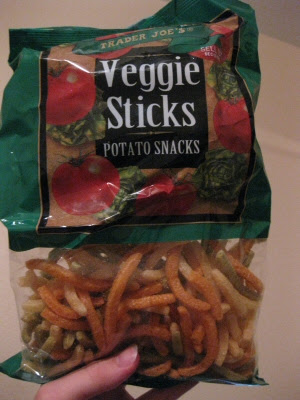 I got them at Trader Joes yesterday along with flatbread and a bunch of Cliff bars. Felis Demens had recommended the Cliff bars to me some time ago, and so far I'm digging the black cherry and mint chocolate flavours, but I had a snack place at around 10pm I needed to fill. It's when I generally start colouring, and I tend to have a compulsion to put a bunch of small objects in my mouth at the same time.

I'd been eating unsalted peanuts, but I wanted something lighter, and these veggie sticks seem to be working out okay so far. Except they taste extremely salty, despite having only 300mg of sodium per 50 sticks.

I was very ahead yesterday, having finished pencilling what I needed to at 4pm, so I went out for lunch and snack adventures, going to a kid's pizza place called Shakey's, which is kind of famous and has been around forever, but I'd never managed to eat at one. It was like a slightly less extravagant Chuck E. Cheese, with an arcade but no monstrous animal robots singing twisted versions of familiar songs. The place was mostly empty when I was there, and I got a decent personal pizza with mushrooms for about three dollars.

On the television was a show called Johnny Test. You may remember Johnny Quest looked like this; 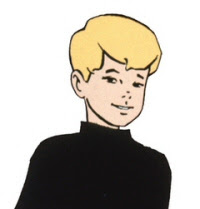 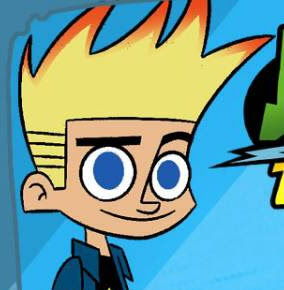 Based on the evident trending patterns, I project the next incarnation--say, 2015--shall look something like this; 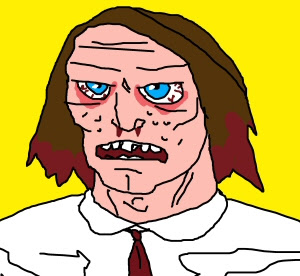 Modelled slightly on Danny Trejo. Johnny Test already has the possibly drug induced massive, pupil-less irises, so I've decided my "Danny Quest" is into crack and angel dust. His show will be about adventures in the city, but there will still be episodes dealing with other cultures and uncovering ancient treasures and artefacts. Johnny Depp will be rumoured to voice the lead.
Posted by Setsuled at 6:49 PM
Email ThisBlogThis!Share to TwitterShare to FacebookShare to Pinterest