Robot doctors remain always virgins.
No matter how much sex they might have had.
Chotchke depths demand deft scuba surgeons.
Rotten food's just inedible, not bad.

My mother offered to lend me two large plastic containers and some storage space in her garage, so yesterday I cleaned a bunch of stuff I've been toting around on the backseat of my car for five years. It was the first time I actually saw the bottom of my backseat in all that time.

The stuff just ended up staying there after multiple moves, and a lot of it was boxes of things dating back to my childhood. Including this picture; 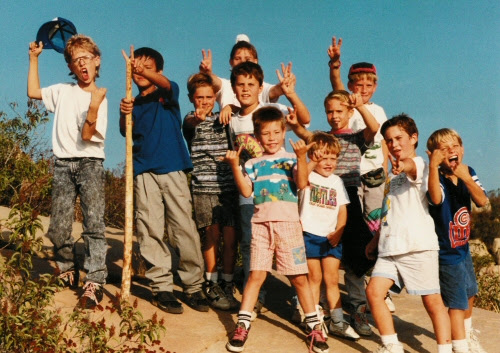 I'm the cool and aloof character on the far left. And it's with small surprise that I see at such a tender age I had the really skeevy glasses.

I'm not sure how old I am in the picture. One kid's wearing a Simpsons t-shirt, making it at least 1989, and it looks like at least second season Bart, so I'm going to guess we're looking at 1990, which would make me eleven years old. The kid wearing the Simpsons shirt was named Andrew--I remember the names of all the kids, but I haven't seen most of them in at least ten years. The only exception is the kid right next to me, Peter, whose face is obscured by his own hand. I ran into him at a Starbucks about a year ago--he had joined the Navy and he complained to me about how he hadn't seen any actual combat. He seemed very sure of himself and when he asked what I did, I queasily told him I made webcomics. I had an impression then of how completely the military tries to obliterate doubt in people--the anticipation he clearly felt for killing whole shiploads of people without seeing them was a bit unnerving.

The only girl in the photo, whose face is also mostly obscured, was named Jennifer, I think, or maybe Jessica. She had a big crush on Jesse, the kid on the far right. I know this because on an occasion where he'd upset her--I forget what he did exactly--she stormed over to his house and uprooted the tree in his front yard. It was a skinny little tree but still twice her height and it was a pretty astonishing event. We all lived on the same cul-de-sac.

It's amazing what half a decade in direct sunlight will do to things. There were plenty of paperback books whose glue had disintegrated from their spines, a black shirt so faded on one side it had become a pale mustard colour, and a plastic bag that had been reduced to sticky white confetti. That was the hardest thing to clean up.

I found four umbrellas, three cameras, and wall calendars for every year from 1991 to 1997. I took home a 1994 Marilyn Monroe calendar. For some reason I couldn't bring myself to throw it away whenever I looked at it. I couldn't find a good quality version of this photo from April online; 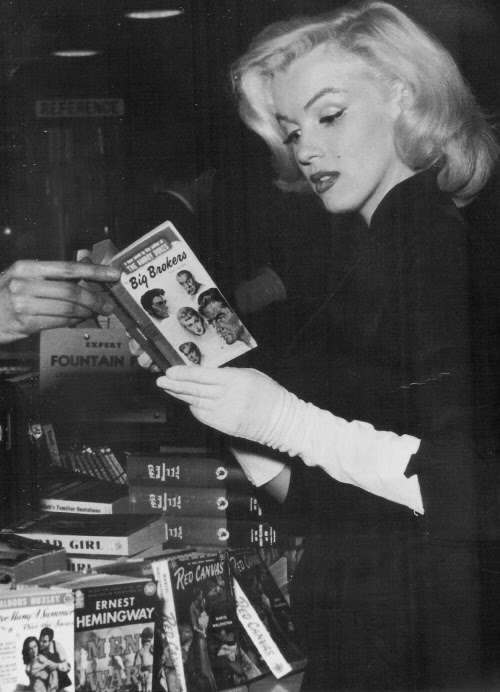 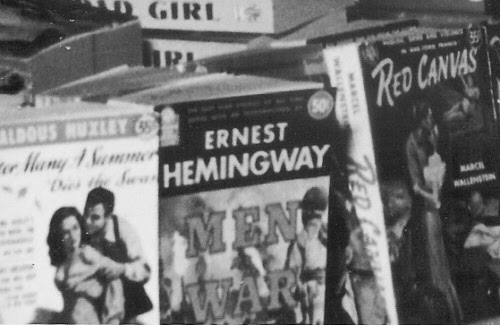 I love how the authors and titles of books are visible. She looks really engrossed in Big Brokers. Shame on that guy for trying to take it.

So to-day was the first day since Comic-Con I had nothing scheduled. So far I'm spending it by being really lazy. I think I'll go do some more of that.