And It's Cold on Mars, Too 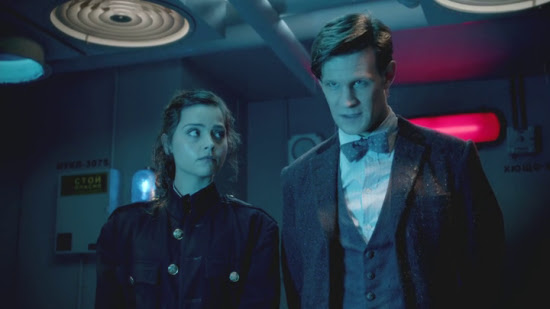 "Cold War" is the best thing Mark Gatiss has written out of all of the things he's written for Doctor Who and Sherlock combined. Of time travel stories featuring David Warner, it's almost as good as Time After Time--with fewer plot holes, which is particularly surprising for something written by Gatiss. And as period pieces about sinking ships featuring David Warner go, it's a hell of a lot better than Titanic. 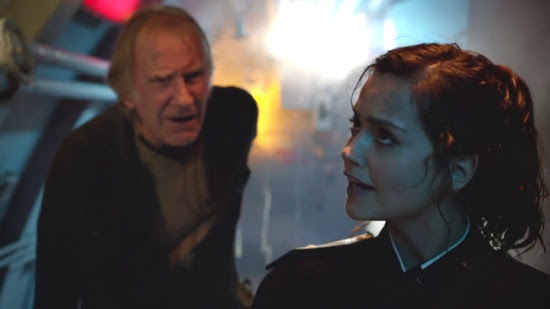 Mainly the episode's a nice adventure plot, with a melodramatic confluence of events being deployed in an engaging way--it happens to be a sinking Russian nuclear submarine in the cold war, the Doctor and Clara happen to show up as the sub's perched on the edge of disaster, and there happens to be an Ice Warrior onboard. 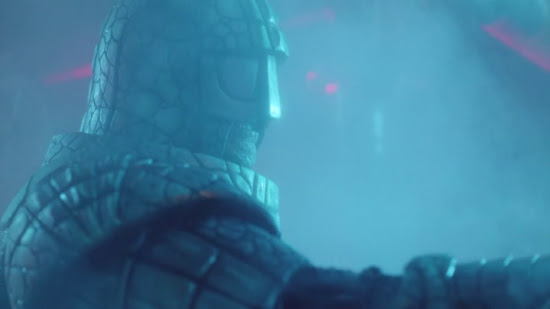 I've been looking forward to how they'd bring back the Ice Warriors since I saw them in their last appearance in the Third Doctor serial, Monster of Peladon, where I had the distinct impression they were secretly a big influence on the design of Darth Vader.

"Cold War" reveals their big, slow moving exterior to indeed be cybernetic armour. Maybe not altogether cybernetic, since the Martian creature centre is able to easily disengage himself.

The broader shoulders compared to hips of the redesign on the armour is maybe more threatening, though I thought there was something fascinatingly alien about their pear shaped forms. Anyway, the design of the alien outside his armour is a bit dull, and his talon hand is blandly typical. But I think that was my only real complaint about the episode.

Clara and David Warner get a nice little moment together, and I loved Clara proving her bravery by interrogating the Ice Warrior. 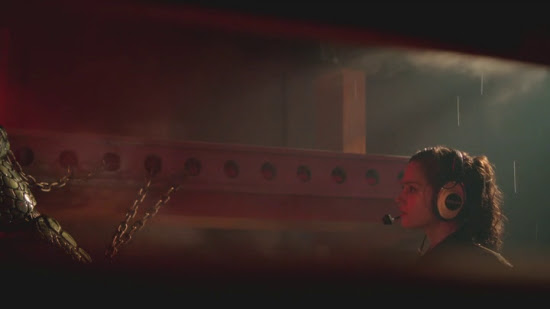