The Sea's Silence is More Convincing 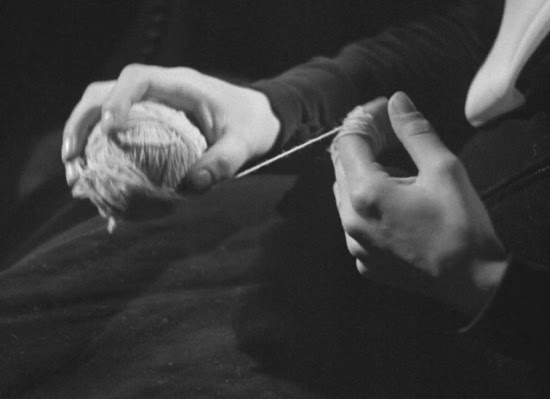 How do two countries coexist after one has subjugated the citizens of the other and murdered many of them? 1949's Le Silence de la mer (The Silence of the Sea) begins with a disclaimer that it does not expect to mend relations on its own. What it does do is portray the natural human tendency to look for humanity in other people. This is an important statement when discussing Europe in World War II, when the Nazis infamously treated millions of people as subhuman. Based on a book written secretly in France during the occupation, Le Silence de la mer is a beautifully shot, effective portrayal of how the need to connect with others is ultimately stronger than the impulse to destroy.

An older Frenchman and his young, beautiful niece live alone outside Paris. A German officer named von Ebrennac requisitions quarters in their home. He doesn't use force and seems polite, considering the fundamental imposition of his actions. The Frenchman and his niece comply with von Ebrennac's demands but never speak to him, stoically attempting to go about their regular lives as if von Ebrennac is not present. 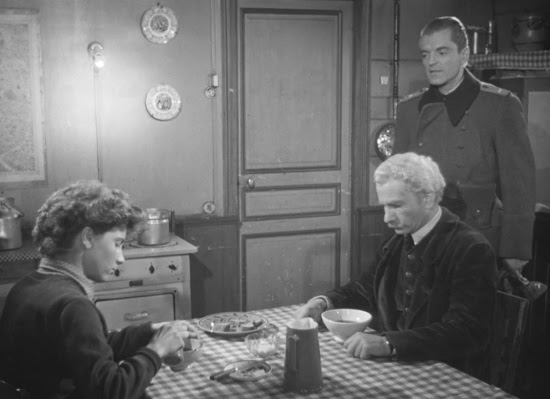 Von Ebrennac seems actually to respect this, and avoids saying things to them that require response. Soon, he takes to pacing their parlour in the evening, delivering monologues while the Frenchman smokes his pipe and the niece knits. He reveals himself to be a musician who in his youth greatly admired the art and culture of France.

He talks about how Germany's invasion of France is like Beauty and the Beast, how the subtext of that story is how the woman eventually finds the beast she was forced to marry is indeed her true love. Sometimes, he says, a great marriage is created by a despicable go-between. The go-between is no less despicable for it, and the marriage is no less great. He continually goes back to the metaphor of marriage and it's clear he's attracted to the niece. There are some subtle signs she might feel some involuntary attraction to him, but that's a real problem. In the first part of the film, what von Ebrennac does seems a bit like psychological torture. The Frenchman and his niece didn't ask him to bare his heart to them. Von Ebrennac came into their home and forced his personality on them. It may only be one part of what normally occurs in a forced occupation, but it is a part of it. 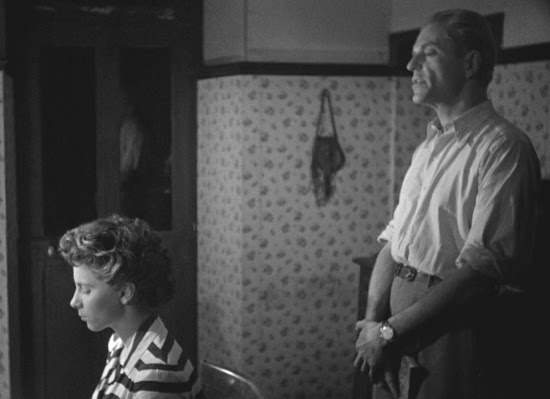 The film mentions mass executions carried out by the Nazis, though the author of the book probably wasn't aware at the time of the extent of what the Nazis had done. In the latter portion of the film, von Ebrennac becomes disillusioned with the Nazi effort when he learns that the messy but possibly fruitful merging of cultures he envisioned was not what the Nazis had in mind. His comrades tell him how building the thousand year Reich requires them to stamp out the "venom" that exists now, that it is their right and duty to destroy. As deplorable as von Ebrennac's imposition on them was, the Frenchman and his niece eventually can't restrain their empathy for von Ebrennac's humanity and even though they never speak in his presence, von Ebrennac can't help responding to their fundamental humanity. Empathy is the more powerful human quality, the story argues, than destructiveness.