It's a Long Road to Walk in Geta 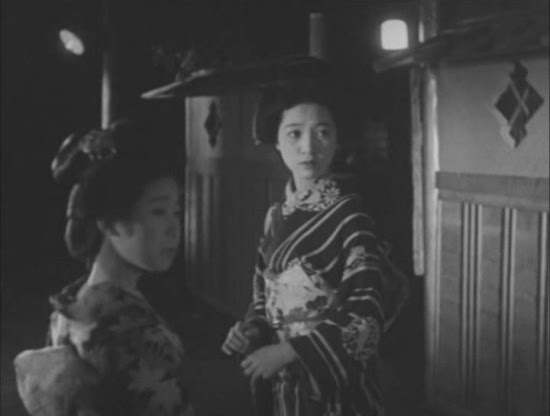 Sometimes it's hard to tell a pre-World War II Japanese film from a post-World War II Japanese film. Mikio Naruse, like Mizoguchi, made feminist films of struggling, working class women before and after the second World War. Naruse's 1933 film Apart From You (君と別れて) was such a film and it also features elements of Naruse's visual style and thematic preoccupations that would continue to characterise his work throughout his long career. It's a silent film, there are fewer characters wearing western style clothing and more of the architecture still looks like Meiji era, but otherwise Apart from You's tale of two geisha and the teenage son of one of them is similar to several films Naruse made in the 1950s, particularly in its focus on financial troubles, the selfishness of men, and the social conventions that compel women to make greater and greater sacrifices. Apart from You is a simple, somewhat sentimental tale, though not melodramatic and put together with brisk, intuitive editing. 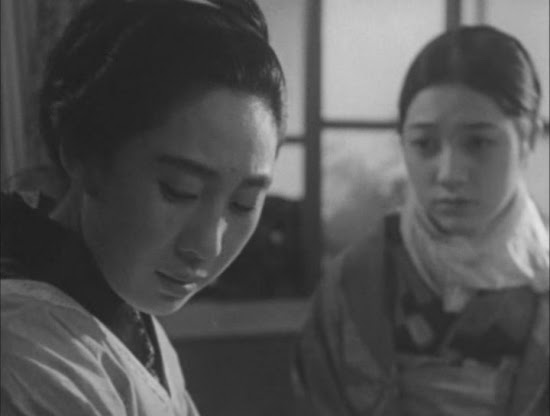 Mitsuko Yoshikawa plays Kikue, a geisha with a delinquent teenage son named Yoshio. Kikue worries she won't be able to provide for her son much longer as she finds more and more grey hairs in her mirror. She confides her sorrows to her fellow geisha, the younger Terugiku, played by the beautiful Sumiko Mizukubo, who becomes the focus of the film. 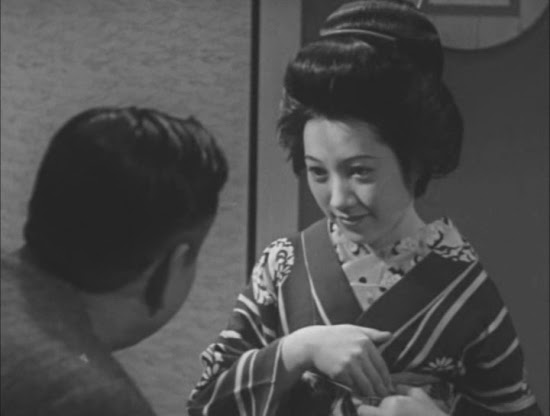 Everyone in the movie is under one kind of pressure or another--Kikue is under pressure to provide for her son, Yoshio is ashamed of his mother's profession and feels guilt over it, and Terugiku decides to take on everyone else's problems. She's supporting her own family living by the sea because her father refuses to work, she's working to provide enough to make sure her sister doesn't have to become a geisha, she's pleading with Toshio to be nicer to his mother, and she's backing away from patrons who would prefer her over Kikue.

None of the characters have the complexity of Naruse's later films, but it's interesting to see how much of the basic framework is already present. More remarkable is the editing, and the sequences beginning and ending with doors sliding open or closed; the camera cutting then between close-ups; cutting from a character standing to where they drop to a sitting position on the floor, creating a layered composition of faces; all this is familiar to one who's seen his later films. 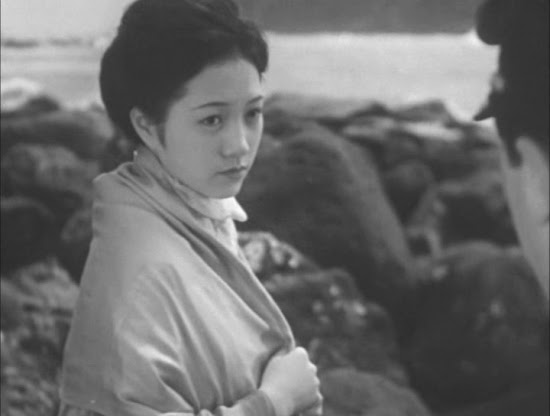