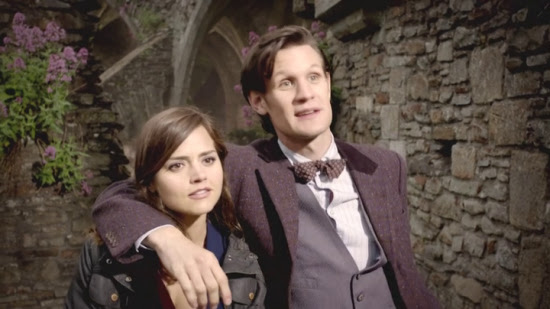 I completely and unreservedly adored this episode ("Hide", the new episode of Doctor Who). Apart from the revelation that Clara hates whisky. Not really a complaint. I guess no-one's perfect.

I loved that it wasn't about saving the universe or the world, just about saving a handful of people. The guest stars, the two ghost hunters and their understated romance, are two of the most effective guest characters I can remember seeing in the Eleventh Doctor era, only surpassed by Idris, who is arguably not a guest character, and one could use "Hide" as part of that argument. The TARDIS' dislike of Clara is both funny and intriguing. 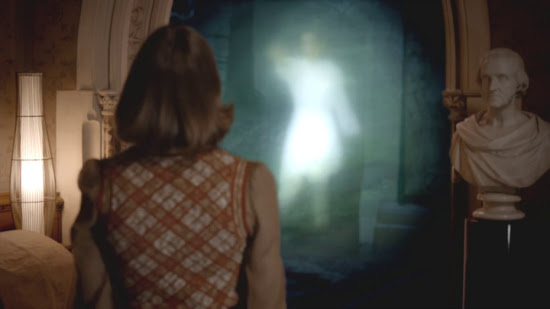 Most importantly, I loved the ghost story that's not a ghost story but is a ghost story. For one thing, that's very classic Who--Don't be ridiculous, Jo, there's no such thing as Satan, but a giant red alien with bat wings living underground who revives in response to blood rituals? Of course (cf. The Daemons). In this case it's a little subtler, and more thematic, than that. The best part of the episode is a conversation between the Doctor and Clara as he takes the TARDIS on a whirlwind tour of Earth's history from the very beginning to a distant day when the sun as a red giant dominates a sky over a ruined and hot landscape. And Clara gets perspective on the Doctor; that for him, no-one's been born yet and everyone's already died, that everyone must be "like ghosts" to him.

The stuff earlier in the episode with the Doctor and Clara exploring the haunted house with a candelabra is nice old fashioned ghost story stuff, and it's wedded very well with an overarching theme of time and impermanence. 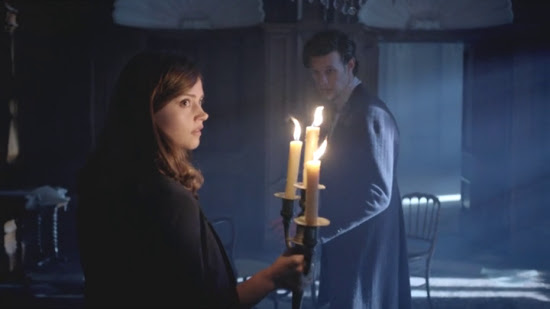