Roger Ebert has died. Oscar Wilde, in his "The Critic as Artist", has a character named Gilbert talk about "Criticism's most perfect form, which is in its essence purely subjective, and seeks to reveal its own secret and not the secret of another. For the highest Criticism deals with art not as expressive but as impressive purely."

And so it's with assuredness that I can say Roger Ebert was a great artist, a writer whose impressions of movies in turn inspired much in the reader. He was sensitive to the language of films and was able to communicate his sensitivity and appreciation for the art form in a way that broadened the experience of watching a movie for millions of people. He certainly did for me.

I think it appropriate, then, to discuss a movie to-day. A movie that Ebert wrote about in the Great Movies section of his web site, a 1971 Nicolas Roeg film called Walkabout. 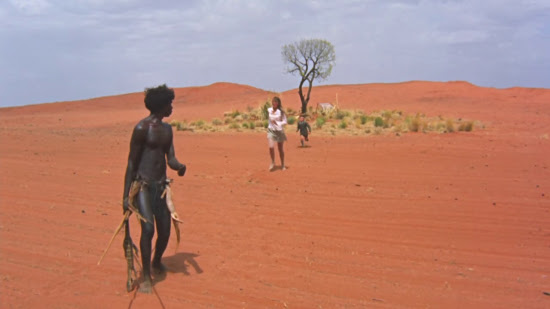 It's a beautifully shot film about two English children lost in the Australian wilderness after their father's committed suicide. Roeg shoots the film beautifully, frequently wandering from the story simply to train his camera on a beautiful animal or landscape. 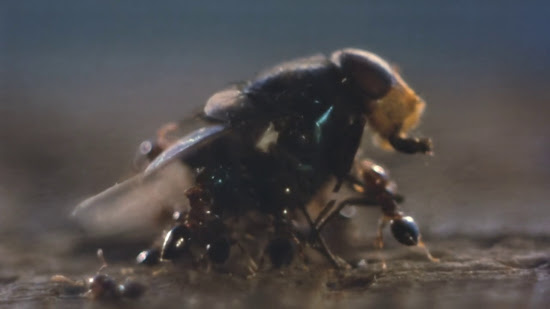 The children eventually find themselves under the care of an aborigine teenager on "walkabout", a practice wherein a young man is sent to survive alone for months in the wilderness.

In his review, Ebert argues that there's more to the movie than a simple parable about how modern civilisation falls short of the aborigine's, which is closer to nature. Ebert argues "it's also about something deeper and more elusive: The mystery of communication." 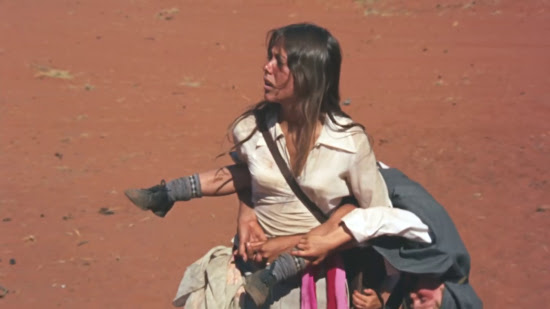 One of the two English children is a beautiful teenage girl around the same age as the aborigine. The other English child, a six year old boy, eventually picks up some of the aborigine's language but the more conventional girl never gets across the language barrier. Which is not to say she's particularly dim--she's quick thinking, and has presence of mind to conceal their father's death from her brother and of the two of them is smarter at maintaining their meagre resources as they attempt to cross the desert. 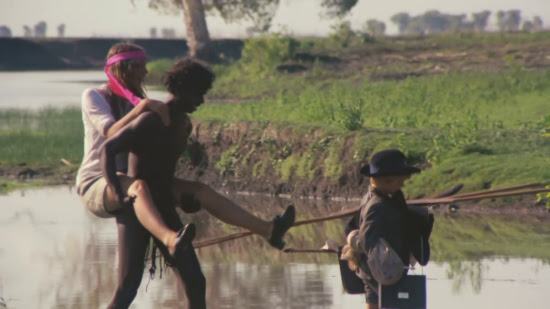 But the aborigine and the English girl do begin to establish a subtle rapport based on physical attraction and the simple family unit the three of them fall into. The English boy quickly comes to see the aborigine as a father figure from whom he learns, while the girl, in a fascinating scene, notices something as much in her own involuntary reactions, when he helps her climb a tree, as his manner about the attraction between them. Roeg intercuts the two of them regarding each other with shots of a tree that are reminiscent of her bare legs. 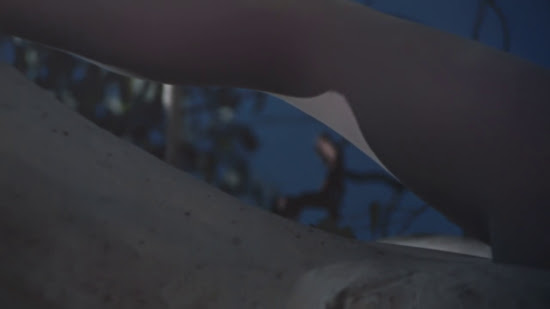 Roeg frequently uses creative visual juxtapositions, as when we see the aborigine teaching the English boy to hunt between incredibly beautiful shots of the naked girl swimming in a dark pool. 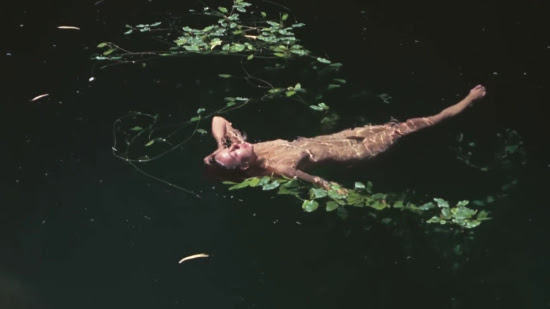 The point here is not only to show that the girl is connected to the shots of nature Roeg makes detours for, but that she's as beautiful. 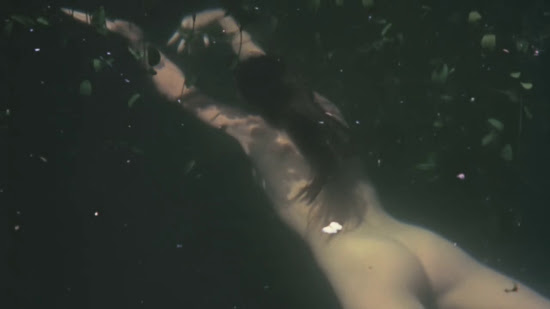 That the instinctual affection between the two is unfulfilled due to the communication gap is not, I think, merely a commentary on the advantages of one culture over another, as there is, as Ebert remarks, much shown to be imperfect about the aborigine culture. The culture is the context, the subject is the divide.