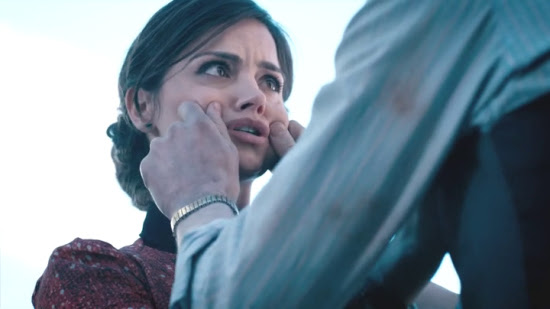 Well, this is the first thing I've seen by Stephen Thompson I didn't thoroughly hate. I credit Clara with that--she returns to the show some basic qualities of Doctor Who that have been lacking for a while, or really just one; the sexual tension. This can be annoying if it's never ever resolved, but right now they're like a couple of shy, awkward kids feeling out their rapport.

It didn't make sense the Doctor would be willing to trade the TARDIS for her, though maybe he was lying to the salvage guys. The TARDIS, as we've been given to understand many times in many ways, is at least as important to the Doctor as a member of his family. The story of the salvage team brothers was a bit dopey and vague. I don't quite understand why the creatures, once it's revealed what they are (I won't spoil it), are trying to kill them. Or why they can walk. It seemed like something arbitrarily created for tension.

I liked the cameo from the Seventh Doctor's umbrella; 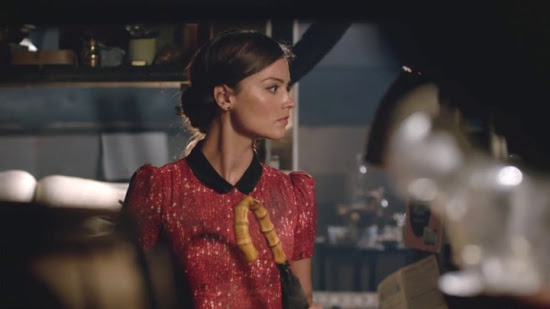 The dialogue written between Clara and the Doctor isn't genius but the actors really make it work. Especially the final scene. 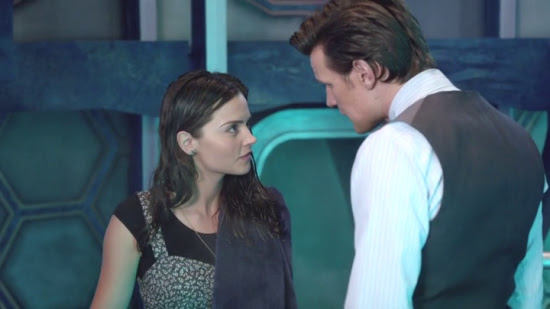 Wikipedia says the idea for the episode about exploring the interior of the TARDIS came to Steven Moffat because he "was 'haunted' by the 1978 story The Invasion of Time, which was set on the TARDIS but used hastily-constructed sets." Really, they weren't hastily-constructed sets--it looked more like the interior of a warehouse was standing in for the TARDIS interior. I'm not sure the vaguely Enterprise-A corridors in the new episode a lot better; 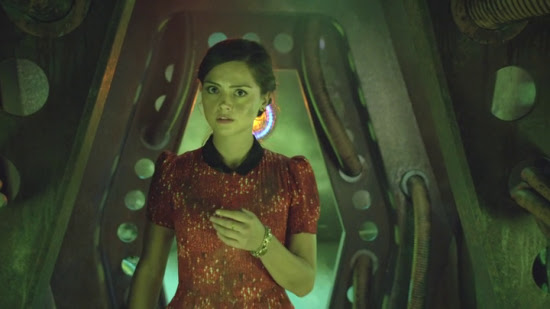 It might have been nice if they'd used something like the white spotted walls from the Davison era when they used to go around deeper into the TARDIS all the time. I wonder if the TARDIS has gotten another Zero Room.

I've had a weird headache since Thursday that's made it hard to concentrate. It's also put me off alcohol. I hope it goes away before the weekend's over.

Last week I started reading The Red Tree by good Caitlin R. Kiernan. I like it so far, though I'm just a chapter in.

I've decided to do a series of style parody sonnets, just to give my sonnetsphere something to do. This is the first;

No grace exceeds the turnip on the dirt.
Who can deny the greens on top are green?
Many vegetables have I often seen,
Others I missed when I was not alert.
I see no more a glad, lonely pervert.
From no bus stop or sex shop could I glean
Just where the forlorn paedophile had been
Until to Chuck E. Cheese I did revert.
No words from animatronic there came;
Still lay the once stiffly active creatures,
Tedious years brought skee-ball lights to wane.
Newspaper beds overran the bleachers.
Burning people, inexplicable bane;
Electrical fires are good teachers.