Space or Rama and Sita

On one level, 2004's Swades is a typical formula film. A formula at least as old as The Quiet Man, of a man returning to the home of his youth after finding fame and success in foreign lands, only to rediscover something more valuable in his homeland. But in the case of Swades we have a light hearted Bollywood musical with scenes that boldly confront issues of extreme poverty and government negligence in India. It's an entertaining film and fascinating for its place in the history of Bollywood. 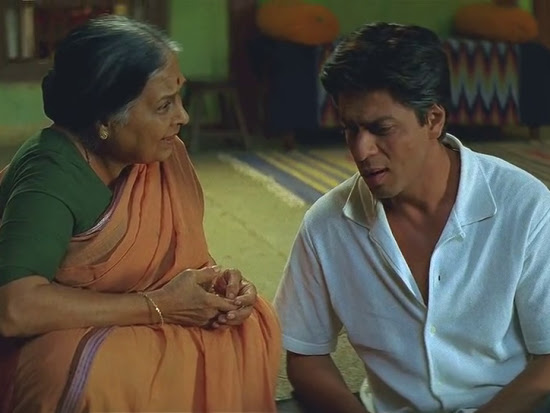 I have to confess now to completely reversing my opinion on Shahrukh Khan, who stars as Mohan, the film's central character. When he's not doing broad comedy, he's capable of great nuance of emotion, as his expressive eyes and mouth have the quality of irrepressible sensitivity.

His character, Mohan, is introduced at the beginning of the film as working at NASA in the U.S. as a Project Manager of some kind of weather satellite project--apparently modelled on a real life one. NASA, in fact, appears to have been rather cooperative with the film's production.

There's even a space shuttle launch in the movie, which was a bit sad.

Although 21st century Bollywood movies are still markedly different from typical western cinema, I've perceived a great difference from the films I've watched from the 90s, partly due to better film quality as digital film has made high quality much cheaper than it was in the 90s, but also in terms of the stories I see. Dev D, Kahaani, and now Swades have all exhibited social critiques that would have been out of place in the fantastic escapism of pre-2000 Bollywood. 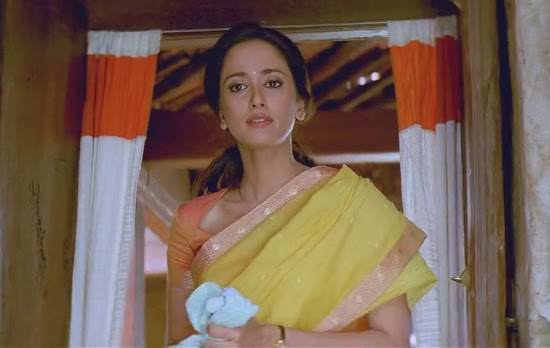 Sometimes it's a good thing. With the exception of Kahaani, this is the least sexist Bollywood film I've seen, with a subplot about the female lead, the bland but beautiful Gayatri Joshi, trying to impress upon the people of the village of Charanpur the importance of providing an education for the children. She refuses a marriage proposal from a man who would not allow her to continue her career as a school teacher.

In a particularly striking scene, Mohan confronts the village council with an argument against India's traditional caste system which is responsible for widespread discrimination, contributing to the poverty of men like one Mohan meets earlier in the film, who came from a family of weavers but was forced to make a meagre living as a farmer when textiles became more mechanised.

But I kind of miss the bizarre, high strung fantasy musicals. And the very rough production qualities gave the movies a certain charm. I only wish I could find some pre-1990 Bollywood that has subtitles for the songs. It's really frustrating to me that I can't start at the beginning with this unique culture of filmmaking.