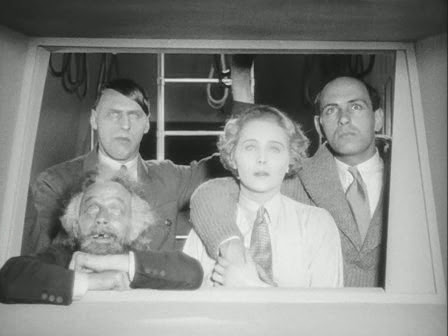 Who wants to go to the moon with a sinister master of disguise, a gold crazy old inventor, a pet mouse named Josephine, and a stowaway street urchin? Yeah, me too. So I loved Fritz Lang's 1929 science fiction film Woman in the Moon. The story has the feel of irresistible pulp but it also exhibits a vigorous aim for realism that creates a fascinating, complex context. 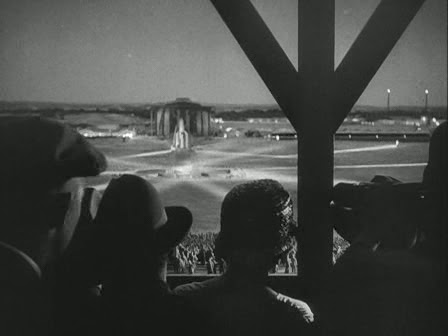 While it is remarkable how much the film previews of actual experiences with space flight, most notably an extraordinary scene where the crew of the rocket experience weightlessness, the value in the painstaking detail is in creating a sense of depth for the characters' experiences. Inaccurate things, like the strangely swift surface of the spinning moon as the crew observes the Earth setting beneath the lunar horizon, create a beauty effective for its enduring strangeness. 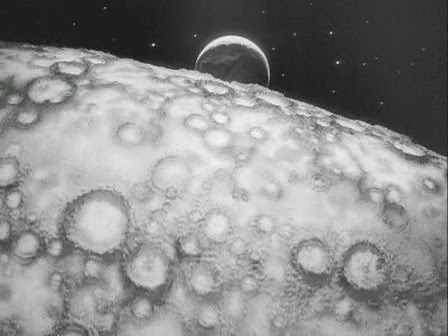 But as I said, the scene of weightlessness seems amazingly accurate, especially a moment where one member of the crew swings an open wine bottle to see globules of animated wine floating in the air. 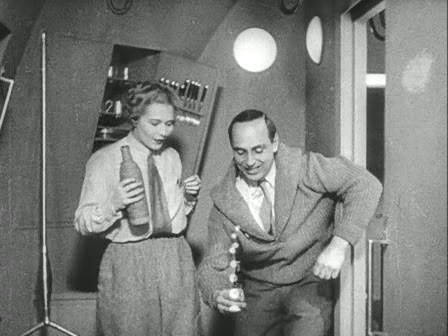 These two are the happy, newly engaged couple, Friede and Hans, who work for the central character of the film, Wolf Helius, an aeronautics magnate who stonily bears with a broken heart.

He's in love with Friede. Hans is his best friend and second in command. It's when he learns of their engagement that he decides to go ahead with Professor Manfeldt's plan to get a manned ship to the moon to find gold. 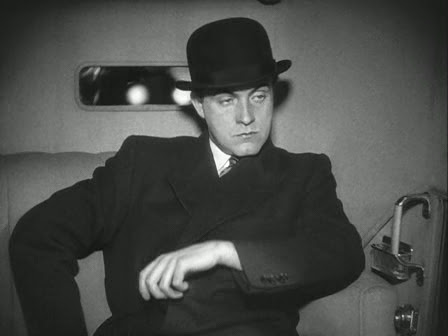 The film opens with Wolf visiting the Professor in his tiny, run down apartment where he guards his manuscript of plans on how to get to the moon, plans which include a multistage rocket and a rather credible looking diagram of trajectory and orbit. 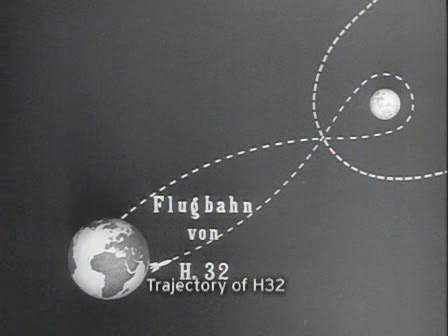 The poor old man reluctantly accepts food from Wolf, but he can't help sharing some with the mouse, Josephine, who shares his apartment. It's very clever of Lang or his wife, Thea von Harbou (who wrote the novel the movie is based on), to have created this intensely sympathetic old man who entrusts his precious manuscript to Wolf because the next half hour or so we watch as the above mentioned master of disguise, played by the reliably repulsive Fritz Rasp, and his agents exert all their cunning to get steal the manuscript and all the plans Wolf's team have so far made for the trip. 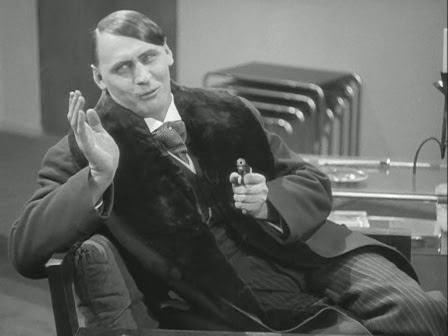 It's because Rasp succeeds that Wolf is forced to embark on his adventure for a shadowy conglomeration of powerful individuals who control the world's gold. Considering Harbou eventually became a Nazi, it's probably best not to read too much into this. 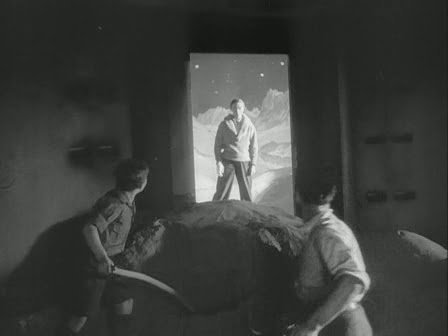 Wolf had originally decided to go ahead with this crazy idea apparently to distract himself from the woman he loves getting married to his best friend, but now these changed circumstances mean the happy couple is coming along. And a street kid hides out on the ship somehow, offering his pulp magazines as evidence that he's spent his life studying the moon.

The movie nicely avoids playing safe, and it allows even characters we like to die. The impressions created of life's injustices contribute to the story's tension and nicely reflect the isolation of the pioneering space travellers. I love that the movie gives a couple of the characters a scene to panic as the realisation that they're so far from Earth sets in.